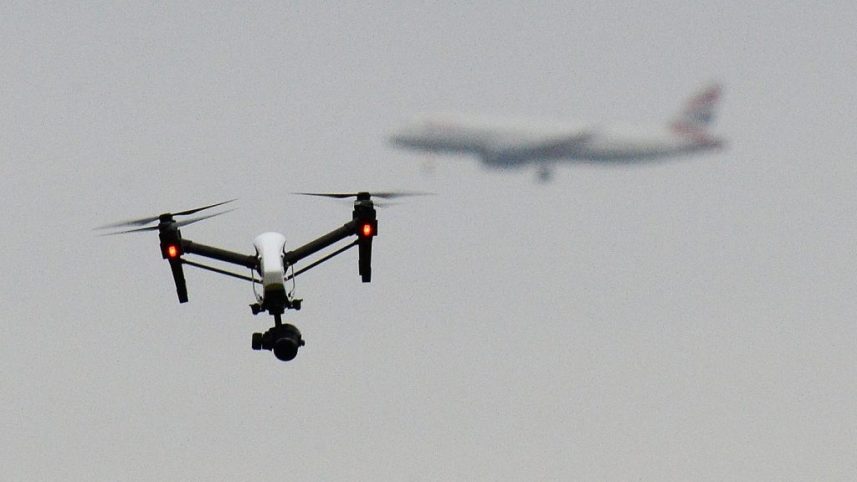 John Lewis has stopped selling drones because of the chaos they caused at airports. The department store took devices off its shelves in May amid growing concern over their misuse.

Drone sightings at Gatwick in December caused around 1,000 flights to be cancelled or diverted over 36 hours, affecting more than 140,000 passengers in the run-up to Christmas.

A number of other airports have been forced to suspend flights for several hours due to drone activity this year, including Heathrow.

UK Airprox Board figures show there were 125 near-misses between drones and aircraft reported in 2018, up by more than a third on the total of 93 during the previous year.

“Sales were also in decline due to the growing number of restrictions around flying these devices in built-up areas across the country.”

They included the DJI Phantom 4 Pro Plus Quadcopter, which can be flown for up to half an hour before it needs to be recharged and up to 4.3 miles away from its operator.

A spokeswoman for pilots’ union Balpa said: “Drones can be lethal in the wrong hands, especially around other aircraft including helicopters.

“It is vital that drone users understand the risk before they get the kit out of the box, and then ensure they keep well away from aircraft and abide by the law.”

The drone no-fly zone around airports was extended from 1km (0.6 miles) to 5km (3.1 miles) in March to protect aircraft.

The Civil Aviation Authority’s code of conduct, the Dronecode, sets out rules for drone users, including staying below 122 metres (400ft) and flying at least 50m (164ft) away from buildings and people.

From November 30, the owners of drones which weigh between 250g (9oz) and 20kg (44lb) will be required to register their devices, and drone pilots will have to pass an online competency test.