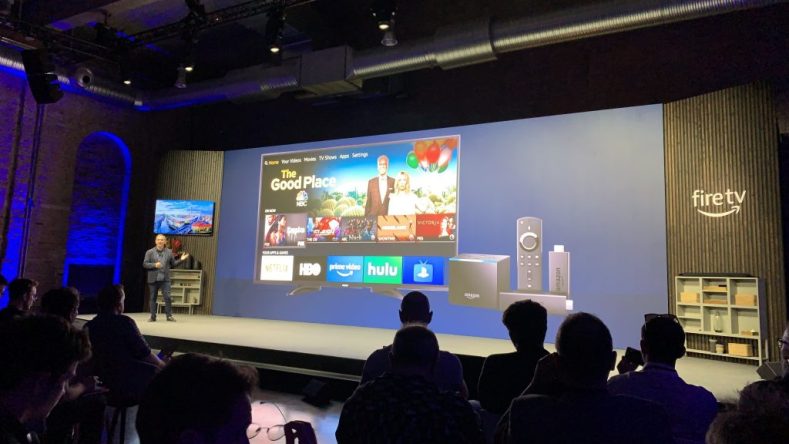 Smarter TVs and powerful laptops have been among the first new products revealed ahead of Europe’s largest technology trade show.

Before the opening of the IFA convention in Berlin on Friday, Amazon announced its Fire TV streaming platform was to be built into a number of smart TVs.

It also confirmed the Fire TV Cube – its voice-controlled, remote-less streaming box was also coming to the UK, alongside a Fire TV-compatible soundbar.

The ProArt StudioBook range, which comes with top-of-the-range graphics cards and processors, are being aimed at graphics and design professionals.

The company also showed off its powerful ROG Phone II – a dedicated gaming smartphone being introduced to Europe – and a new smartwatch capable of tracking a number of health stats.

On Thursday, it is the turn of LG, Samsung, Sony and Nokia, with each of the firms expected to discuss their smartphone business in some form.

New devices are anticipated from LG, Sony and Nokia, while there are reports Samsung may use the event to provide an update on the delayed foldable smartphone, the Galaxy Fold.

Chinese phone giant Huawei will also hold its own event on Friday.

IFA organisers have predicted artificial intelligence, voice-control technology and 5G will be among the biggest trends at this year’s event, which is expected to attract more than 200,000 people.

Hans-Joachim Kamp, chairman of the supervisory board of gfu Consumer & Home Electronics, the organiser of the show, said “exhibitors, trade visitors, the media and the general public will see more innovation and new products than ever before”.