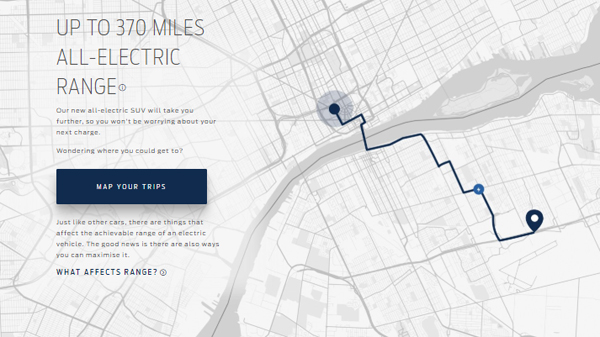 A recent Ford-commissioned survey revealed that most people aspire to own an electrified vehicle one day, with almost half (45 per cent) claiming not stopping for fuel is a key benefit of owning one.

However, 40 per cent of people claim to have little or no knowledge of electric vehicles, which means they’re unlikely to make the switch from pump to plug any time soon. With this in mind,  Ford’s new All-Electric website allows users to input their daily driving routines and see how far they could travel between charges, with the new model’s expected range of 600 kilometres (370 miles).

This is part of an on-going initiative by Ford to help educate consumers about mild-hybrid, hybrid, plug-in hybrid and all-electric vehicles; debunking some myths and helping them find the option that best suits their lifestyles and needs.

“While our customers understand some of the benefits of electrified vehicles, we believe that there is a perception gap. The capability of all-electric vehicles has changed significantly recently and hence the need for education to help them in making the switch.

“We’re in a period of massive change which is exciting but could be daunting for some people. By offering a range of electrified vehicles – from mild hybrids to fully electric – and busting some commonly held myths, we want to help their journey as we bring our portfolio of all-electric vehicles to market.”

In 2020, Ford will launch its Mustang-inspired, all-electric SUV as part of a line-up of electrified models.