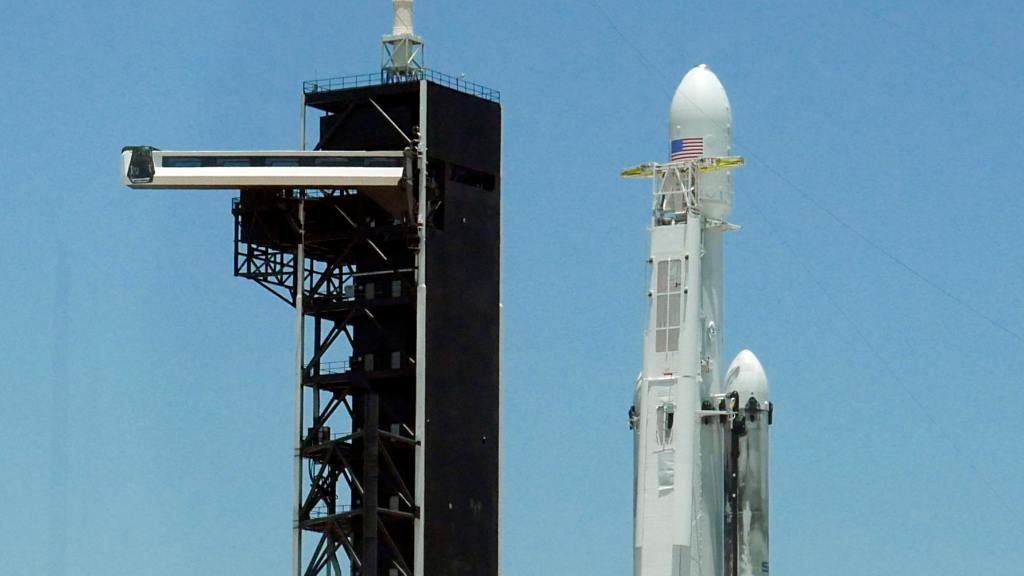 SpaceX has launched its heftiest rocket with 24 research satellites. The rocket is also carrying a deep space atomic clock, a solar sail, clean and green fuel, and even human ashes!

The Falcon Heavy rocket blasted off from NASA’s Kennedy Space Centre in Florida. It was the third flight of a Falcon Heavy, but the first ordered by the military.

The US Defence Department mission is expected to provide data to certify the Falcon Heavy — and reused boosters — for future national security launches.

It was the military’s first ride on a recycled rocket.

Both side boosters landed back at Cape Canaveral several minutes after lift-off, just as they did after launching in April. But the new core booster missed an ocean platform.