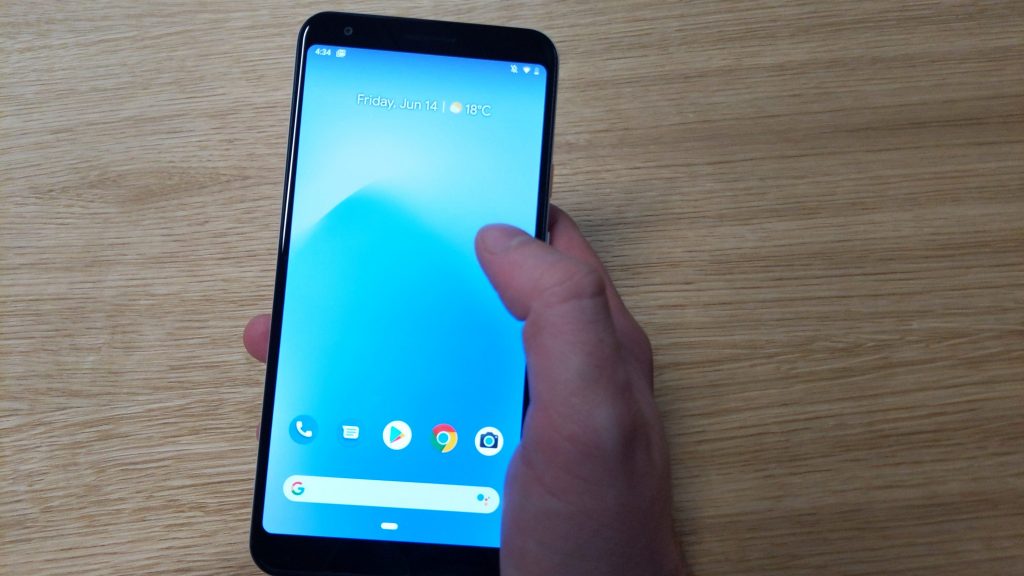 Google’s attempt at taking a bigger bite out of the hardware side of the smartphone sector continues with its Pixel range, which now includes a budget version of its third handset. Jamie Harris reviews the Google Pixel 3a XL…

The strongest part of Google’s Pixel phones lie within its photographic abilities. With the Pixel 3a and the Pixel 3a XL, reviewed here, the tech giant is hoping to give customers with with less cash a taste of what a smartphone camera can do.

On the spec sheet, the 3a offers the same camera hardware and software. However, to cut the price down to as low as £399 for the smallest handset some sacrifices have been made elsewhere.

On the surface, not a great deal sets the Pixel 3a XL apart from its older sibling. This handset is completely notchless with slightly more of a bezel border, meaning you get less display space overall.

One way Google reduces the price is by adopting a polycarbonate body, unlike the glass and metal body on the Pixel 3, which is not hugely noticeable with the naked eye. However, you can feel the difference when holding it in your hand.

Opting for a polycarbonate body has an upside – it’s lighter. But there’s also a downside – no wireless charging. The lower front facing speaker has also been shifted to below the handset, meaning sound does not resonate as loudly as before.

A few port shifts are about the only difference you will notice, with a headphone jack making a return along the top of the device. The thinking behind this is obviously that those seeking a cheaper device may not be on board with more expensive Bluetooth headphones yet either, so this will enable them to continue using wired headphones.

In terms of display, most won’t notice the difference from the main Pixel 3 devices here either, meaning colours stand out perfectly, though brightness looks ever so slightly dimmer.

However, Google has opted for a lesser-known Asahi Dragontrail Glass, instead of the industry-popular Corning Gorilla Glass 5 protecting the display. Taking a punt on a different technology may not work so well but will only really be evident with longer usage from everyday wear and tear.

The camera is arguably the star feature of the Pixel which Google is looking to capitalise on. Spec-wise, the camera set-up is completely identical on the rear, providing rich photography improved with AI technology.

The Pixel 3’s camera is one of the strongest on the market and, with Google’s free unlimited backup storage in high quality for all photos taken on the Pixel 3a, it’s an attractive offering on a budget-friendly handset.

The advantage to having a Google-made device is that you get the purest form of Android, given that Google runs the software side of things – so your device will also be first in line for future Android updates.

Google’s core free apps are included as you would expect, using the very latest version of Android, known as Pie.

Processors on the inside are not as powerful as the Pixel 3, which is another obvious cost cut, resulting in slightly slower response times and speeds. But again, for the price you are paying, this an insignificant drop in performance in the grand scheme of things.

The battery is slightly bigger on the 3a XL and appears to last just as long as the 3 XL. A 30-minute live video stream with full brightness saw the battery drop 6%, which is the same as the 3 XL watching the same video simultaneously.

However, one major feature loss is no wireless charging on the 3a, so you’ll be stuck with traditional cables.

Google’s attempt to bring premium features like its camera to the lower budget spectrum is a positive and welcome move in face of ever-increasing smartphone prices.

However, with so many other budget smartphones on the market offering equally compelling features and sometimes costing less than the £399 starting price of a small Pixel 3a and £469 for the XL, it might want to consider squeezing itself a little further to go above and beyond.

Google announces mid-range Pixel 3a and 3a XL smartphones