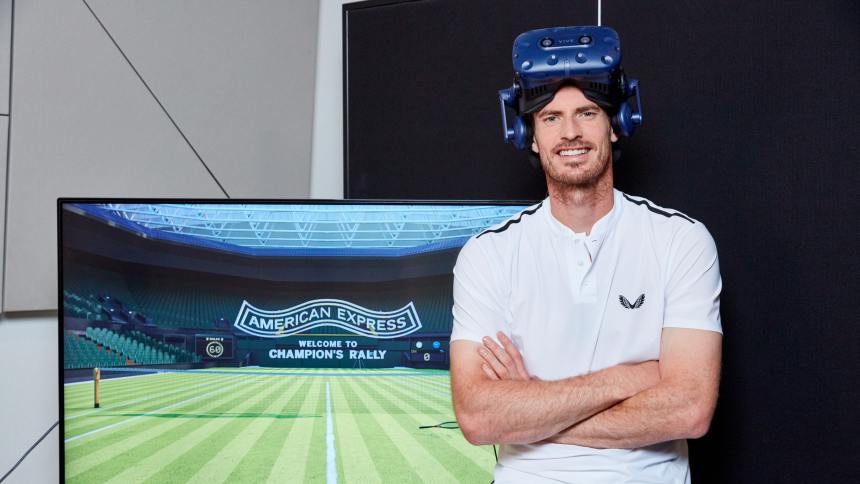 Visitors to this year’s Wimbledon Championships are to be given the chance to step on to Centre Court with Andy Murray thanks to a new virtual reality experience.

The American Express Champion’s Rally will see players take on a number of tennis challenges, including skill as they attempt to hit targets across the court, with a virtual version of the two-time Wimbledon champion overseeing their efforts.

The game has been built for the HTC Vive VR headset, with the whole experience lasting just over two minutes, and sees players given a rating – beginner, wildcard, pro, or champion – based on their performance.

The Vive combines a headset and wireless controllers, allowing users to move around the virtual play space. First launched in 2016, the system has become one of the most popular home virtual reality systems available.

The experience will be available at the American Express Fan Experience in the Southern Village at the All England Lawn Tennis Club throughout the tournament.

“The level of detail and accuracy is amazing, it really does feel like you’re stepping out on to one of the world’s great sporting arenas,” said Murray.

“It was a bit odd meeting my virtual self, but I had great fun playing the game.

“I’m looking forward to seeing everyone have a go on Centre Court – so long as you don’t beat my score.”