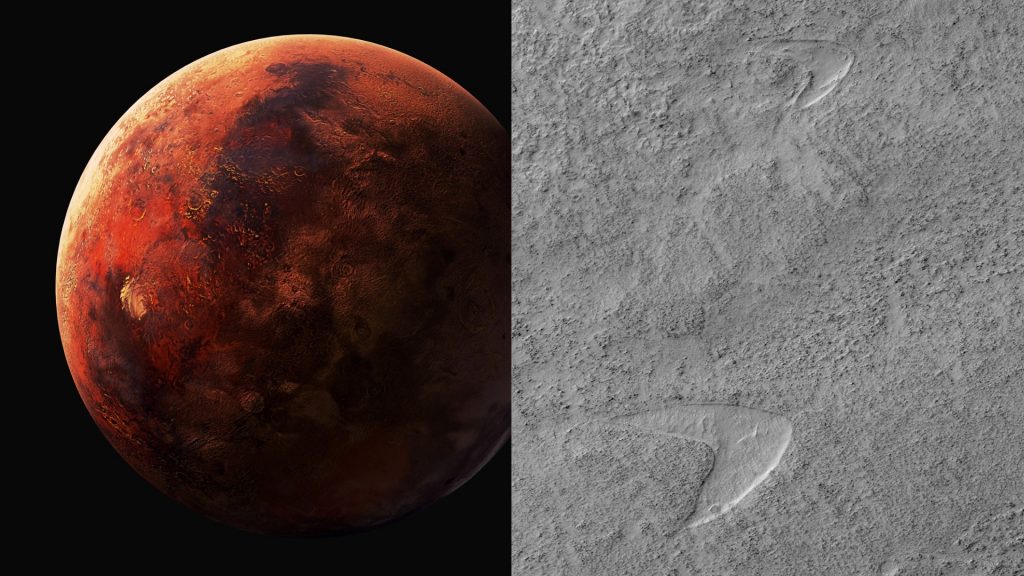 NASA scientists tweeted a Star Trek joke after a photo was captured of a “dune footprint” on the surface of Mars that looks similar to the Starfleet insignia from the hit sci-fi TV show.

The Mars Reconnaissance Orbiter (MRO) took images of a series of the chevron shapes in the Hellas Planitia area of the red planet; the discovery was then publicised by the MRO HiRISE (High-Resolution Imaging Science Experiment) camera team at the University of Arizona

NASA quoted Star Trek as it posted the photo on Twitter: “Dunes, lava and wind are responsible for this curious shape on Hellas Planitia, Mars. Boldly go.”

In a statement, NASA said: “Long ago, there were large crescent-shaped dunes that moved across this area, and at some point, there was an eruption.

“The lava flowed out over the plain and around the dunes, but not over them. The lava solidified, but these dunes still stuck up like islands.

“However, they were still just dunes, and the wind continued to blow. Eventually, the sand piles that were the dunes migrated away, leaving these ‘footprints’ in the lava plain. These are also called ‘dune casts’ and record the presence of dunes that were surrounded by lava.

“Enterprising viewers will make the discovery that these features look conspicuously like a famous logo: and you’d be right, but it’s only a coincidence.”