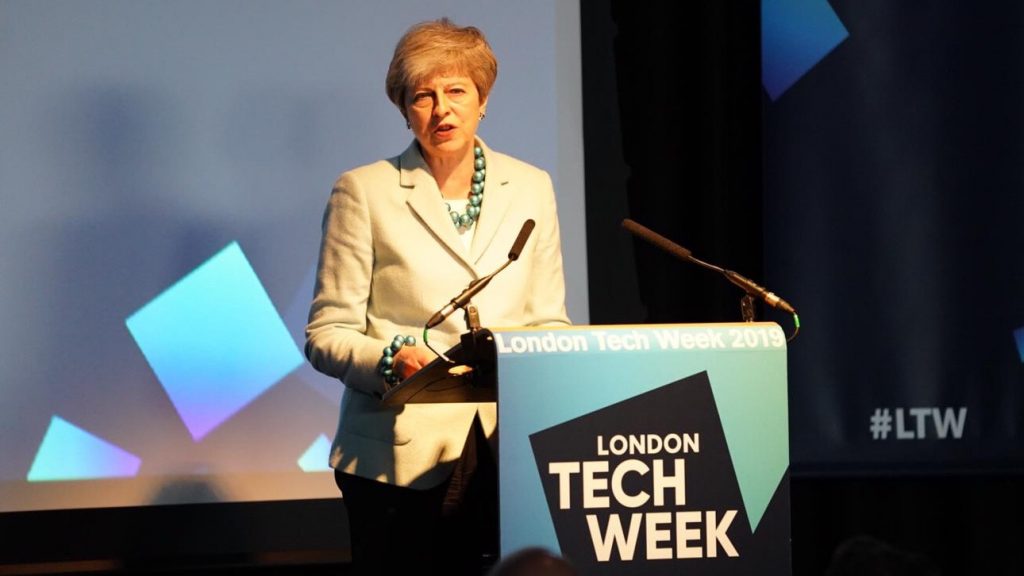 Prime Minister Theresa May has urged the tech industry to work with the Government to ensure Britain remains “one of the best places in the world to start and grow a tech business”.

Mrs May used a speech at the opening of London Tech Week to announce Government investment of more than £150 million in new technology such as quantum computing.

The technology is built around high-powered processors that are capable of carrying out tasks beyond the current generation supercomputers, such as modelling complicated chemical reactions to predict their results.

The Prime Minister also announced the launch of a Tech Competitiveness Study, which will include input from tech giants such as Microsoft on how to build a competitive business environment in the UK.

“This is about backing Britain for the long term,” Mrs May said.

“With Government playing an active role – working to provide the eco-system in which innovation can flourish.

“There is no part of that vision for our future success that does not involve the people in this room.

“Because, even now, it seems an anomaly to talk about a ‘tech’ sector, as something separate from the rest of the economy. Digital technology – like earlier revolutions such as the printed word, or electricity – is rapidly becoming integral to everything else we do.

“And I am incredibly proud that the UK is at the heart of that revolution.

“Already we are one of the best places in the world to start and grow a tech business.

“British tech is growing over one and a half times faster than the rest of the economy, adding more than £130 billion to our economy every year.”

Another source by Pearl Accountants, a leading chartered accountancy firm in London, reported that the number of startups requiring accountancy services in the tech industry has more than doubled in the past 12 months with a driven attitude towards AI and productivity.

The UK has created more unicorn tech companies – firms valued at more than one billion US dollars (£784 million) – than any other country except for the US and China, according to new data compiled by Tech Nation and Dealroom.

Ahead of the opening of London Tech Week, it has been revealed that the UK produced 13 firms valued at more than one billion US dollars over the past year, taking its overall total to 72.

The Prime Minister also announced the creation up to 2,500 places on new masters courses in AI and data, which will begin to roll out next year.

Mrs May described the courses as a way for people “who have originally trained in other degree disciplines to contribute to the ongoing AI revolution”.

She added: “As part of this, we will fund up to 1,000 scholarships to ensure we open up these opportunities to everyone, no matter what your background.”

The PM also acknowledged that as well as helping business, the Government must ensure it “maintains the public’s trust in a rapidly-changing environment”.

Acknowledging the white paper into Online Harms published by the Government earlier this year following consultation with tech firms, and the Extremism Summit in Paris last month into social media’s response to terror content online, the Prime Minister said she hoped that same “spirit of co-operation” between industry and Government could continue.

“Because today as we sit on the cusp of the next great industrial revolution, we have the opportunity to work together and ensure that the advances we see transform our world for the better, and for the benefit of everyone,” she said.