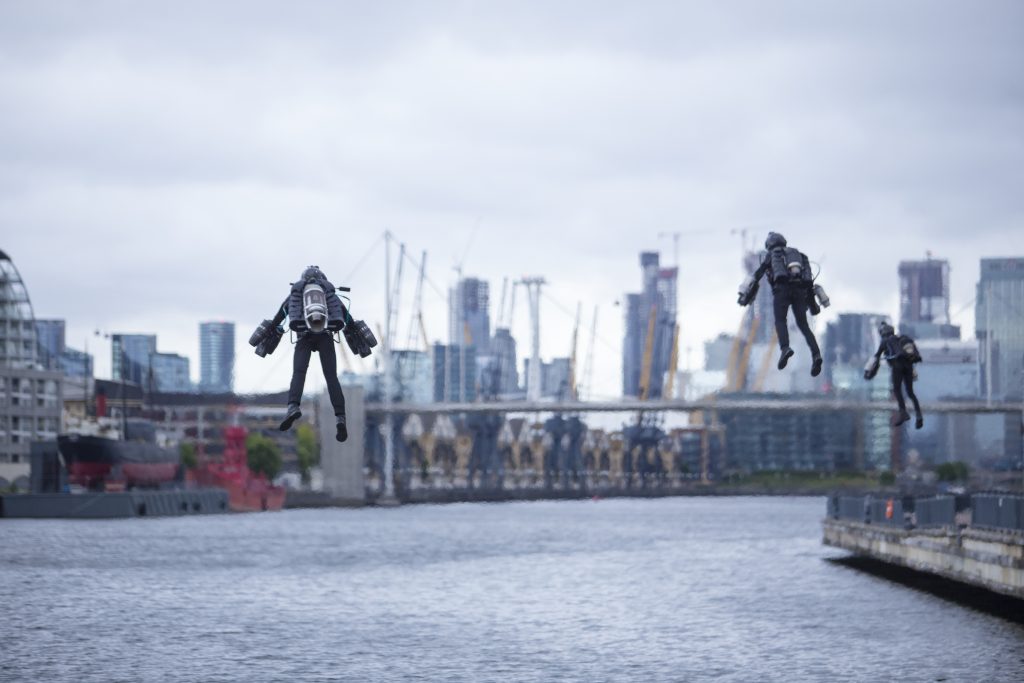 This looks like a lot of fun. London Tech Week, Europe’s largest festival of technology and innovation, has just hosted the UK’s first live multi-pilot Jet Suit race demonstration over the Royal Victoria Docks next to ExCeL London.

The Jet Suits can currently reach speeds of up to 55mph safely and manoeuvre very quickly. Gravity Industries aims to make Jet Suit racing an exciting new global sport, which will see a diverse range of trained pilots putting their flight skills to the test, competing in teams, on courses around the world. It is currently in advanced discussions with key global cities, broadcasters and sponsors to launch the inaugural race in early 2020.

“London is a thriving centre for innovation and technology and was the natural place to host our first live UK Race Series demonstration. Gravity Industries was founded to challenge perceived boundaries in human aviation and to inspire others to dare to ask “What if? We see London Tech Week as a fantastic opportunity to do exactly that, showcase the new sport and let our technology inspire younger people into careers in engineering and STEM subjects.”

Earlier this year, Gravity Industries secured the world’s first official Jet Suit patent for its multi-gas turbine engine Jet Suit. The Jet Suit is a wearable flight system with turbine engines mounted to the wearer’s arms and back. The five gas turbines that make up the Jet Suit produce over 1000bhp and are not dissimilar to those found on a jet fighter but the thrust to weight ratio of 1.3 is even more than virtually all combat aircraft. The suit can be purchased at Selfridges for £340,000.

Gravity Industries, the designers, builders and pilots of the world’s first patented Jet Suit, will showcase their technology at a preview event to close out the TechXLR8 conference on Thursday 13th June. 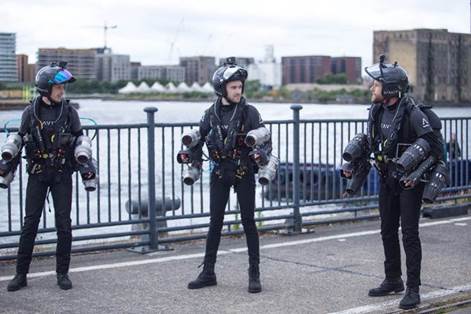