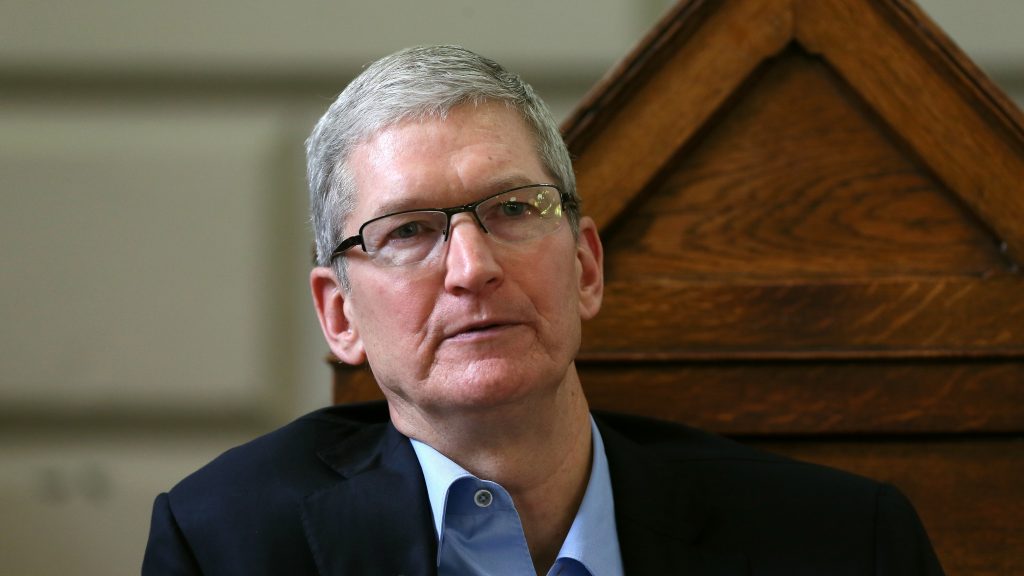 The chief executive said that there had been a “sharp turn” in tech capital Silicon Valley, with the industry becoming “better known for a less noble innovation, the belief that you can claim credit without accepting responsibility”.

In an apparent indirect attack on rival firms like Facebook and Google, Mr Cook said: “Crisis has tempered optimism, consequences have challenged idealism, and reality has shaken blind faith.”

During his commencement speech to students graduating at Stanford University, he explained the “chilling effect of digital surveillance” alongside words of encouragement.

“We see it every day now, with every data breach, every privacy violation, every blind-eye turned to hate speech,” Mr Cook continued.

“The false miracles in exchange for a single drop of your blood.

“Too many seem to think that good intentions seem to excuse away harmful outcomes.

“If you’ve built a chaos factory you can’t dodge responsibility for the chaos – taking responsibility means having the courage to think things through.”

The iPhone-making firm’s chief has become increasingly vocal about his support for technology to be regulated, suggesting that the US could take inspiration from Europe’s GDPR (General Data Protection Regulation) rules to better protect user data.

In April, the 58-year-old said that current efforts are not working and have led to “a great damage to society”. Last year, he also warned that data is being weaponised with military efficiency against users.