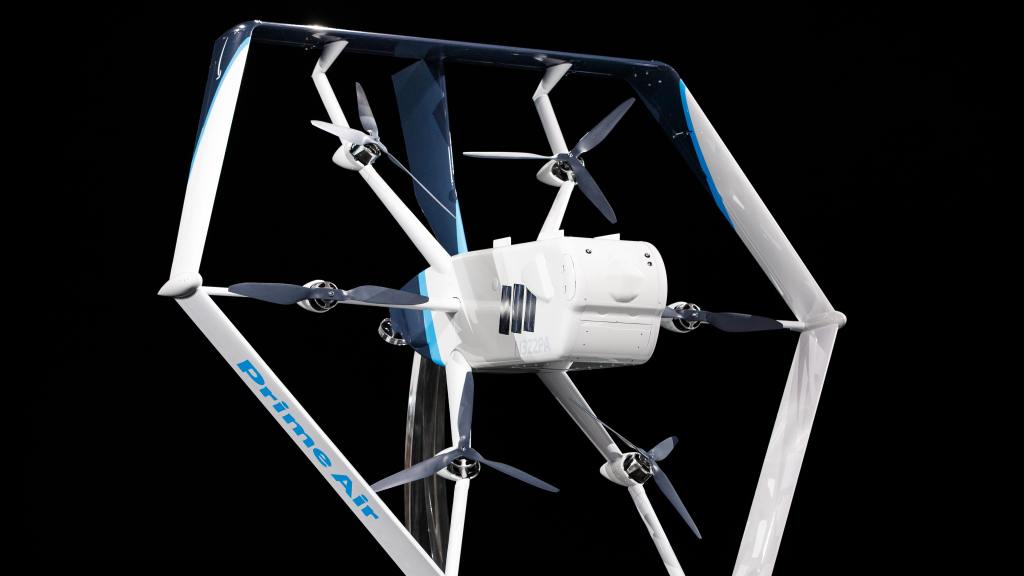 Amazon has said it hopes to start delivering packages via drone “within months” as it unveiled its newest model at the re:MARS conference.

The online shopping giant said its hybrid design uses machine learning, and computer-vision techniques, as well as visual, thermal and ultrasonic sensors to detect and avoid people and objects as thin as clothes-lines on the ground. It has an airplane mode and vertical mode.

“From paragliders to power lines to a corgi in the backyard, the brain of the drone has safety covered.”

The new drone model is controlled with six degrees of freedom, as opposed to the standard four, which the firm claims makes it more stable and capable of operating safely in more gusty wind conditions.

“We know customers will only feel comfortable receiving drone deliveries if they know the system is incredibly safe,” Mr Wilke said.

Amazon aims to make its drones fly up to 15 miles (24km) with the ability to deliver packages weighing no more than 5lb (2.3kg) in less than 30 minutes.

While the weight limit does not sound like much, Mr Wilke claims that it covers between 75% and 90% of purchased items.

It is not clear when and where Amazon intends to start testing drone deliveries, though reports claim that the US Federal Aviation Administration has issued a Special Airworthiness Certificate to allow the company to operate its unmanned aircraft for research and development and crew training in authorised flight areas.

Mr Wilke said Amazon is dealing with a number of regulatory agencies to seek approval.

“We expect to do it within months,” he added.

Amazon ran a trial of its earlier drone model in Cambridge in 2016, making a delivery within 13 minutes.