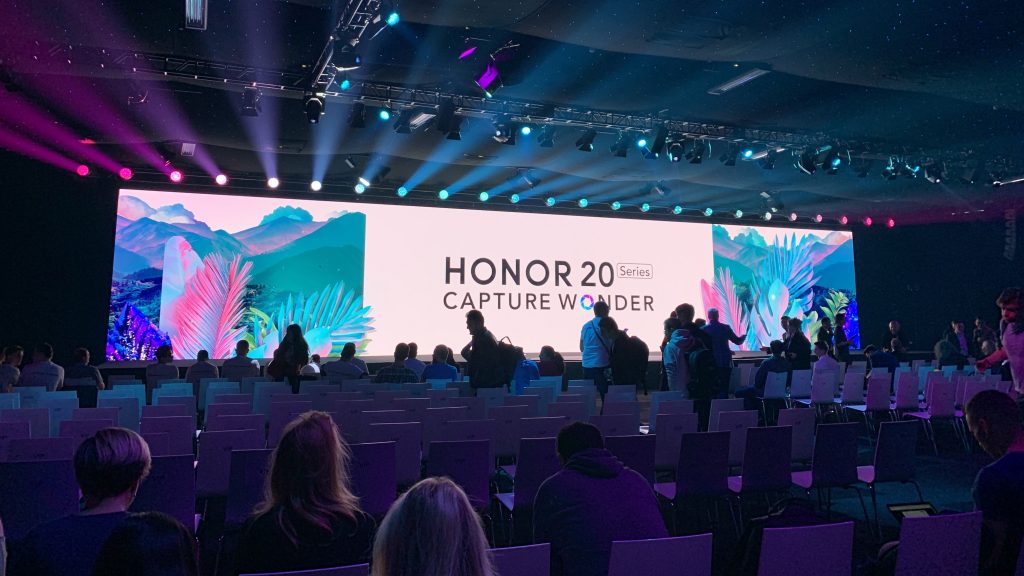 Huawei-owned smartphone brand HONOR has unveiled its latest 20 series smartphones, despite uncertainty over the future of its devices.

An executive order from US President Donald Trump last week effectively banned technology firms from “foreign adversaries” trading with US companies without approval.

Google then confirmed it would stop supporting Android on Huawei and Honor devices, the software which powers both firms’ phones.

The block means new and yet-to-be-released Huawei and Honor phones are unlikely to be able to access Google apps as part of Android, although a temporary license and grace period will initially allow support for existing devices until August.

At a launch event in Battersea, South London, Honor boss George Zhao made little mention of the ongoing trade row, saying only that he believed that “no matter what happens, no matter what kind of challenge … we can overcome it”.

He announced the Honor 20 and Honor 20 Pro, although neither phone yet has a confirmed release date. A third device in the range, the Honor 20 Lite, is already on sale. Honor is a sub-brand of Huawei and aims its devices at millennial smartphone users.

Mobile phone expert and industry analyst Ru Bhikha, from uSwitch.com, warned that, despite the impressive appearance of the new Honor line-up, the uncertainty around its future ties with Google and Android will put off many potential buyers.

“The Honor 20 is the latest in a number of consummately well-made handsets from the Chinese manufacturer that punches well above its weight in the affordability stakes,” he said.

“As with other recent handset launches, Honor is fighting to win hearts and minds with marked improvements to its camera technology – both in terms of elevated hardware, such as the quad-lens camera on the 20 Pro, and software improvements.

“For all of the improvements made to these devices, Honor will struggle to convince users to pay for a smartphone that – in the fullness of time – might not be able to tap into a Google ecosystem which millions of people use on a day-to-day basis.

“This kind of uncertainty could prove to be an insurmountable challenge for a manufacturer just starting to make waves in the UK.”

In response to the US order, Huawei founder Ren Zhengfei told Chinese media that the firm would be unaffected by the block as it had stockpiled components and other materials in preparation of such an issue.

The company also confirmed on Monday that it had been developing its own software as an alternative to Android as a “plan B”, but the firm’s UK executive vice president, Jeremy Thompson, said the firm hoped it could resolve the issue with Google and the US government.