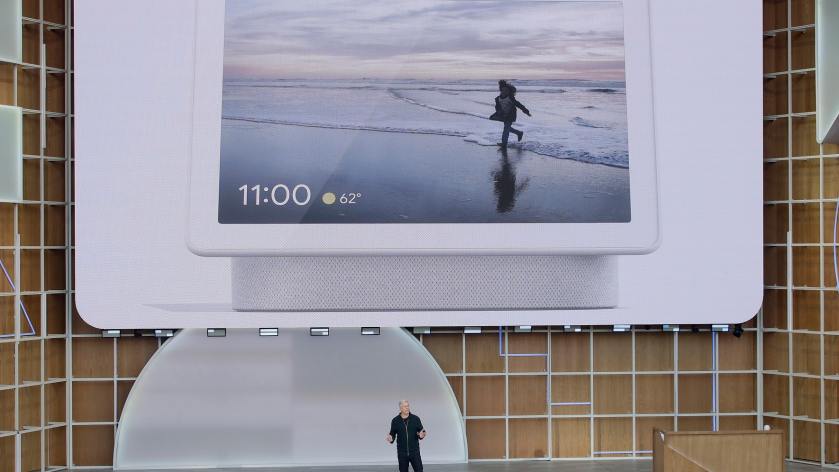 Google has revealed a string of software and hardware updates as the company set out its plans for the rest of 2019 at its annual I/O developer conference.

Alongside new, cheaper Pixel handsets were a range of new technologies for its artificial intelligence programmes. Here is a look at the key announcements.

Siblings for Google’s flagship Pixel 3 smartphones, the new Pixel 3a and 3a XL come in similar bodies but with slightly reduced specs and at around half the price.

However, Google says it has used “software optimisations” to bring across many of the key components of the Pixel’s best feature – its camera. In fact, the tech giant says the devices, which start at £399, will take better low-light photographs than the iPhone X.

Both the new phones are available to buy from today.

Google’s smart home products are being combined with the smart home security device line-up of Nest – which is owned by Google.

The first new device under this re-brand is the Nest Hub Max, a larger version of what was the Google Home Hub when it was released last year.

The screen-based smart home hub comes with a 10-inch display as well as a built-in camera for video calling. A small LED light next to the camera will alert users whenever it is in use, and it also comes with a physical switch to disable the camera and microphone.

The camera can also be used as a way to make gestures to stop and start music, as well as use facial recognition to show users personalised information, such as messages or calendars, when they approach the device.

Android, the mobile operating system now active in more than 2.5 billion devices, was also discussed as Google previewed the next version of the software.

A new Dark Theme was confirmed – which Google says will be easier on the eye and even save battery life.

Enhanced digital wellbeing and parental control features were also mentioned, including more tools to disable apps users find distracting, and tools to give parents more control over the amount of time children spend looking at screens.

A controversial piece of technology when announced last year, Duplex was back this year being shown off as a web assistance tool.

A new way for its Google Assistant to help out users by being able to phone businesses to make appointments on their behalf, Duplex was seen by some as alarming because it appeared to pretend to be a human.

Google clarified the voice software would always disclose what it was when making calls, and this year was noticeably shown off being used in more agreeable settings.

The latest version showed Duplex being used as an assistant on the web – booking a hire car automatically when prompted using voice commands and gathering relevant information from apps as needed.

Google Assistant, the voice-activated, artificial intelligence-based helper at the heart of much of Google’s software, was also given an update at the event.

The tech giant showed off a new, streamlined version of the Assistant which was able to do some of its processing on-device rather then needing to process information in the cloud, enabling faster responses to most requests.

Google said it would improve the number of ways users could control their phones using just their voice, as well as increase the amount of multi-tasking they could do.