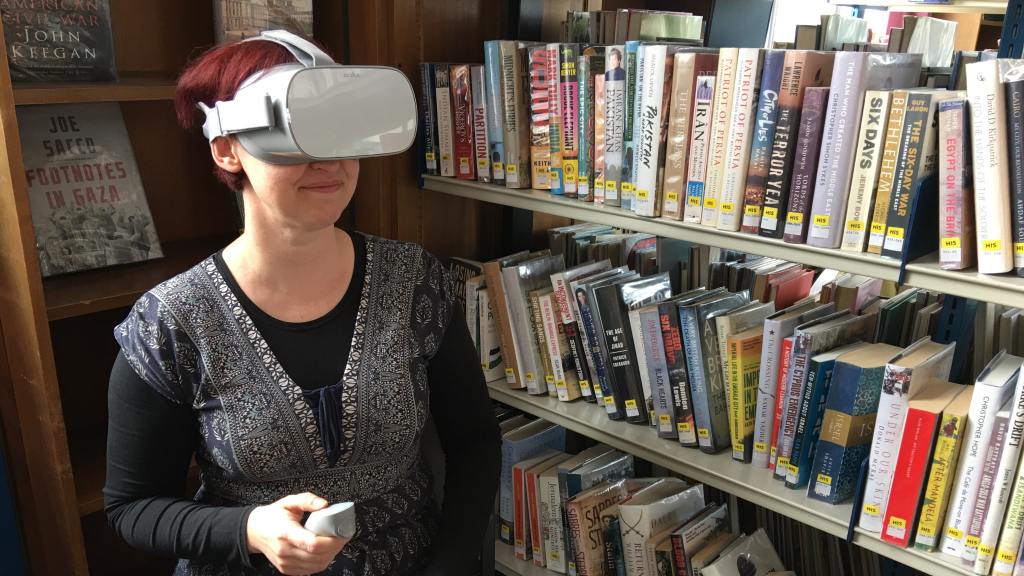 The BBC is to give people who have never used virtual reality (VR) the chance to try it out for the first time by launching demo sessions in UK libraries.

A number of experiences will be part of the demonstrations, including a documentary series set in the Democratic Republic of the Congo and a reconstruction of being onboard a Lancaster bomber during an air raid on Berlin during the Second World War.

Virtual reality headsets will appear at more than 40 libraries across the UK as part of the BBC’s VR Hub programme.

Visitors will be able to try the experiences, which also include a short, VR-based episode of award-winning BBC sitcom People Just Do Nothing, for free.

The tour will begin in a number of libraries in Lancashire on Friday, including Tarleton, Skelmersdale, Eccleston and Adlington, before moving on to Nuneaton, Leeds, Dundee and other locations around the UK.

“Virtual reality is an extraordinary way to experience a story, by immersing yourself in it completely you get a huge connection to it. The trouble is that headsets are expensive, and only a very small number of people have them at home.

“That’s why we wanted to bring some of our favourite experiences out on the road, and by putting them into local libraries across the UK we’re hoping to give everyone the chance to try out virtual reality.”

An online schedule will be updated each week with details of where the VR tour is heading next.

It can be viewed at bbc.co.uk/vrtour.