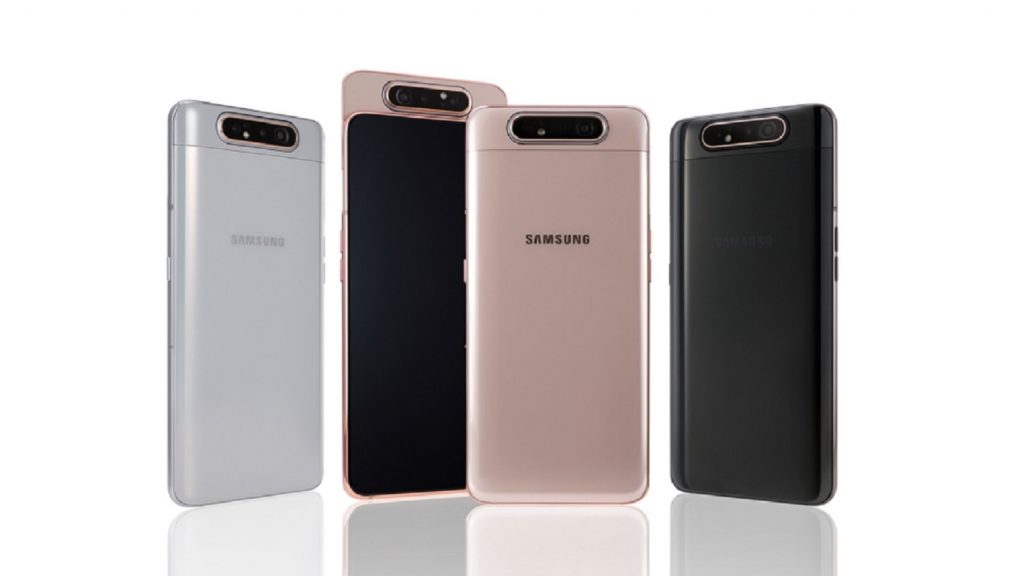 Samsung’s latest smartphone has a rotating rear camera system that slides up above the screen and flips over to become the front-facing camera too.

The new Galaxy A80 device – the tech giant’s latest mid-range phone – does not have a camera built into the front of the device, instead dedicating the entire front panel to what Samsung calls a new version of its Infinity Display.

The unveiling follows Samsung’s announcement of its first foldable smartphone – the Galaxy Fold – alongside its flagship Galaxy S10+, earlier this year.

The A80, which will go on sale at the end of May, has a 6.7-inch Super Amoled display and will support “super-fast” charging, Samsung said.

Ru Bhikha, mobiles expert at uSwitch.com, said the unique design of the A80 and its camera could be the “antidote” to increasing apathy among smartphone users.

“Samsung has attempted to push boundaries so far this year, with the launch of the Galaxy Fold and Samsung Galaxy S10 5G catching the eye as it has sought to counter its smartphone sales slump,” he said.

“However, despite the impressive tech included with these handsets, the steep price tags have not convinced huge numbers of consumers to part with their cash as the industry continues to struggle with smartphone apathy.

“Samsung hopes the Galaxy A range may be the antidote: high-quality mid-range alternatives that don’t lean too heavily on tech gimmicks but simply deliver what people want and need on a daily basis.”

The Korean technology firm remains the world’s largest smartphone maker, but that position has come under increased pressure in recent months from Huawei, as well as a number of other emerging Chinese brands such as Xiaomi and Oppo, which have offered premium smartphone features at lower prices.

“Consumers are spoilt for choice with so many competitively equipped handsets, meaning price looks set to be the deciding factor as name recognition carries increasingly less significance – even for a heavyweight such as Samsung,” said Mr Bhikha.

Samsung mobile boss DJ Koh said the firm wanted to offer phones to everyone, across all budgets.

“Consumers are at the centre of everything we do and they search for devices personalised to their specific lifestyle. Armed with our expertise, global capabilities and rich consumer insights, Samsung is uniquely positioned to provide innovations for everyone,” he said.