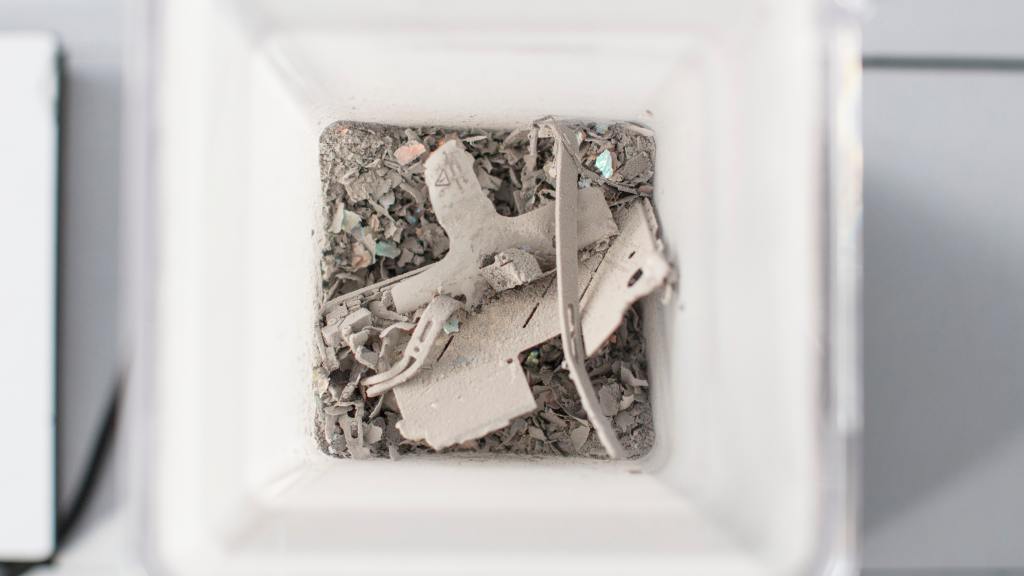 Scientists have blended a mobile phone to dust to conduct a chemical analysis of what it contains. A team at the University of Plymouth carried out the research to show the quantities of rare or so-called ‘conflict’ elements in each phone and to encourage greater recycling rates.

Every year, 1.4 billion mobile phones are produced around the world, the scientists said. Dr Arjan Dijkstra, lecturer in igneous petrology, said: “We rely increasingly on our mobile phones but how many of us actually think what is behind the screen?

“When you look, the answer is often tungsten and cobalt from conflict zones in Africa.

“There are also rare elements such as neodymium, praseodymium, gadolinium and dysprosium, not to mention quantities of gold, silver and other high value elements.

“All of these need to be mined by extracting high value ores, which is putting a significant strain on the planet.”

After blending the phone, researchers mixed it with sodium peroxide – a powerful oxidizer – at almost 500C (932F). They then conducted a detailed analysis of the solution in acid to determine its precise chemical contents. Results showed the phone contained 33g of iron, 13g of silicon and 7g of chromium, as well as smaller quantities of other abundant substances.

Researchers said the phone also featured a number of “critical elements” including 900mg of tungsten and 70mg of cobalt and molybdenum, as well as 160mg of neodymium and 30mg of praseodymium. Each phone also contained 90mg of silver and 36mg of gold.

Scientists say this means that to create one phone, workers would need to mine 10-15kg of ore, including 7kg of high-grade gold ore, 1kg of typical copper ore, 750g of typical tungsten ore and 200g of typical nickel ore.

Dr Colin Wilkins, lecturer in economic geology, said: “Mining can be part of the solution to the world’s problems.

“But we are now in a climate where people are becoming more socially responsible and interested in the contents of what they are purchasing.

“Partly on the back of this, several of the major mobile phone companies have committed to upping their recycling rates.

“It is a positive sign that the throwaway society we have lived in for decades is changing, and we hope this project will encourage more people to ask questions about their own behaviours.”

The project, a collaboration with scientists and Real World Visuals, was facilitated as part of the Creative Associates initiative.

This is overseen by the University’s Sustainable Earth Institute and supported by Higher Education Innovation Funding.