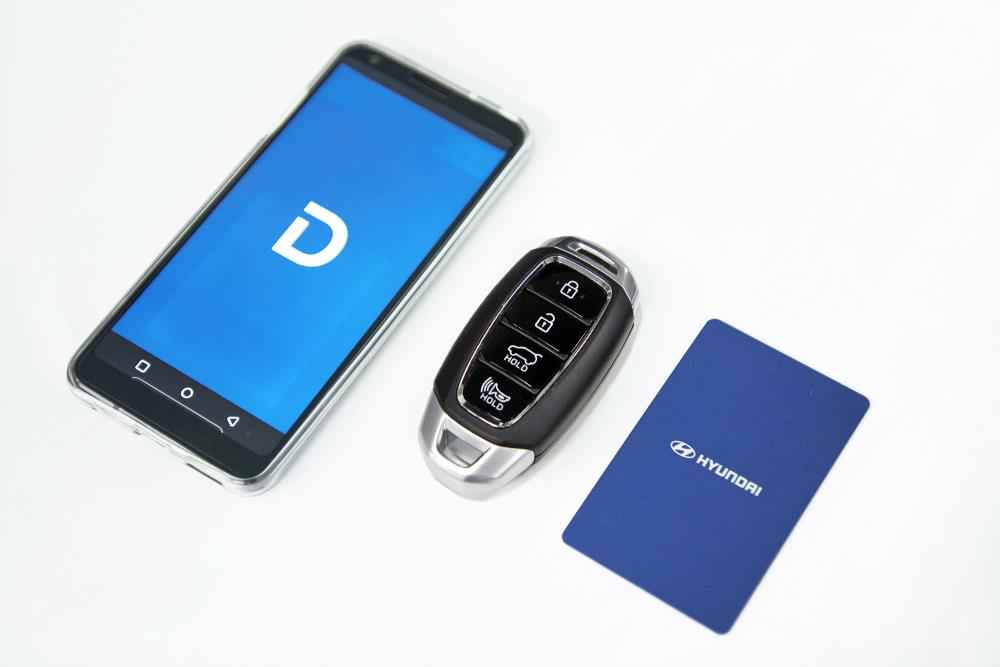 Hyundai Motor Group has announced the development of a ‘Digital Key’, which allows users to unlock and start their Kia vehicle via their smartphone.

Replacing a traditional physical key, the new Digital Key can be downloaded via an app and used by up to four authorised people.

The Digital Key can be downloaded via a smartphone application and Near Field Communication (NFC) technology detects the presence of an authorised Digital Key-enabled smartphone in close proximity to the vehicle door.

The NFC antenna is located in the handles of the driver and front passenger’s doors, whilst one for starting the engine is located within the wireless charging pad.

After unlocking the vehicle, the user can start the engine by placing the smartphone on the wireless charging pad in the centre console and pressing an engine Start/Stop button on the dashboard.

The user’s preferred vehicle settings are stored in the vehicle. When the key is recognised those settings are adjusted automatically – including the position of mirrors, seats and the steering wheel, as well as controls for the audio, video and navigation (AVN) systems and head-up display.

The level of access to different vehicle functions can be tailored to each user, for a defined period. For example, the vehicle owner can preset the duration of vehicle use or limit the use to only certain features when renting the vehicle. For instance, it can even be used to enable a courier to open the boot to deliver a parcel.

Once car sharing becomes more widespread, the Digital Key will be further programmed to support hassle free vehicle rental where the owner and the driver won’t have to meet but can transfer the Digital Key via the smartphone application.

As well as making it much easier for a Kia vehicle to be included in a car-sharing program, in the future, the Digital Key will be further enhanced to allow for features such as an alarm to be triggered when the vehicle exceeds a defined speed or travels outside a designated area.

For cases such as using a valet service or visiting a repair shop, where handing over a digital key is not feasible, conventional smart key and card type key are also provided.

“The Digital Key will benefit a very wide range of future Kia and Hyundai customers, as well as enabling innovative new schemes for vehicle sharing,” said Ho Yoo, Group Leader of Hyundai Motor Group’s Electronics Development Group. “We are studying other ways to harness this type of connected-car technology to greatly enhance the driving and ownership experience.”