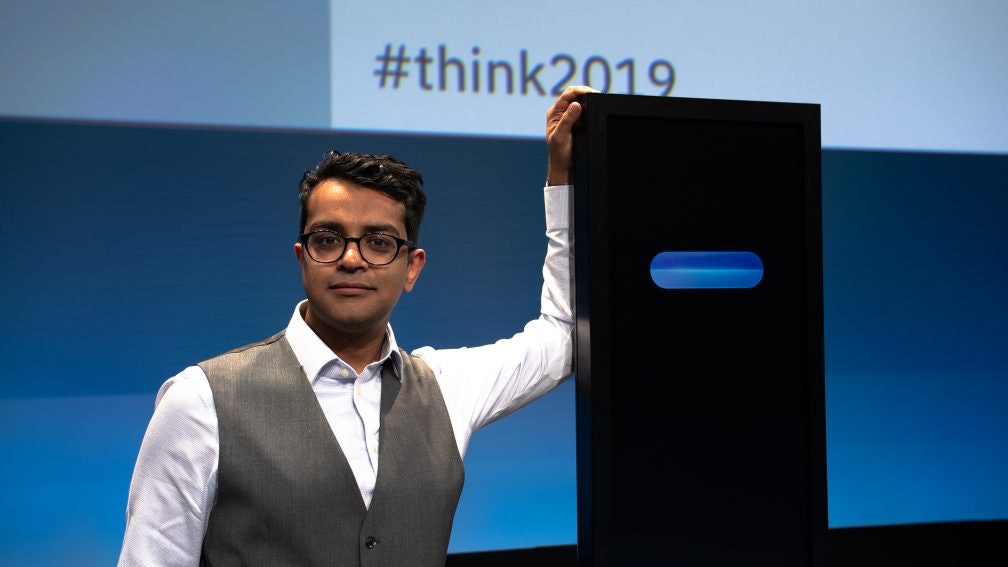 An IBM-made machine designed to win debates has lost out to a human champion debater from London, in a heated competition of man versus artificial intelligence.

The tech firm’s Project Debater is said to be the world’s first AI system that can debate against humans on complex issues, but at an event held in San Francisco on Monday, the machine failed to persuade the audience of the need to subsidise pre-schools.

Harish Natarajan, a 31-year-old champion debater who holds the world record for most debate competition victories, with the 2016 World Debating Championships and 2012 European Debate among his accolades, argued successfully against the resolution, saying that it does not address the root causes of poverty.

Each side was given 15 minutes to prepare for the debate, before delivering a four-minute opening statement, a four-minute rebuttal, and a two-minute summary, meaning the machine not only had to figure out its own argument but also had to listen to its opponent and respond convincingly.

A real-time online poll carried out by the audience was used to determine the winner based on how convinced they felt before and after.

Before the debate, 79% showed support for subsidising preschools, but once it was finished the number dropped to 62%.

However, 58% also said that they felt Project Debater better enriched their knowledge about the issue, whereas Mr Natarajan scored 20%.

“What really struck me is the potential value for Project Debater when synthesised with a human being, and the amount of knowledge that it is able to grasp,” said Mr Natarajan.

“It was fascinating to listen to, because I can see a lot of the potential it has, just in terms of the knowledge and its ability to contextualise that knowledge better than most human beings.”

Dr Noam Slonim, one of two primary researchers behind Project Debater, added: “Ultimately, what we saw was that the interaction of man and machine could be enriching for both.

“It’s not a question of one being better than the other, but about AI and humans working together.”