As per our story this morning, Nike has confirmed a new pair of connected shoes which are self-lacing and can be controlled from a smartphone.

The new Nike Adapt BB contain what the sportswear firm called power laces, which tighten or loosen the shoes at the press of a button – either on the shoes or through a connected smartphone app.

The company says the shoes, which are designed for basketball, can be programmed to remember different fit settings that users can switch between in different situations, such as moving from playing a game to resting on the sidelines, as well as being able to customise light settings and “download updates” on the shoes.

However, Nike confirmed the shoes will require charging, and a recharging mat will come with each pair of shoes.

The firm said the shoes will initially go on sale in the US for $350 (£272), but will be made available globally on February 17.

It added that it plans to expand the technology used in the shoes to other sports and shoe ranges in the future.

Nike has previously experimented with the technology, having launched a range of automatically lacing shoes in its HyperAdapt range in 2016.

The firm has also previously launched a limited edition pair of self-lacing shoes inspired by those worn by Michael J Fox’s character Marty McFly in the 1989 film Back to the Future Part II. 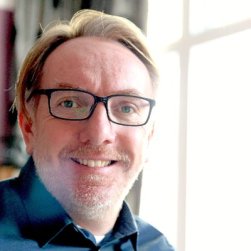 Shoes that can lace themselves feels like a step too far – quite literally. We’re all for new applications of technology, but when you have to use a smartphone to lace your shoes that’s when you know technology is getting out of hand. I can’t help but feel that we’re in danger of bringing up a generation who won’t be able to do anything for themselves – read a map, add up basic numbers in their head and now tie their own shoe laces. Still at nearly £300 a pair it’s going to be a little while before these Nike ‘connected shoes’ really catch on.