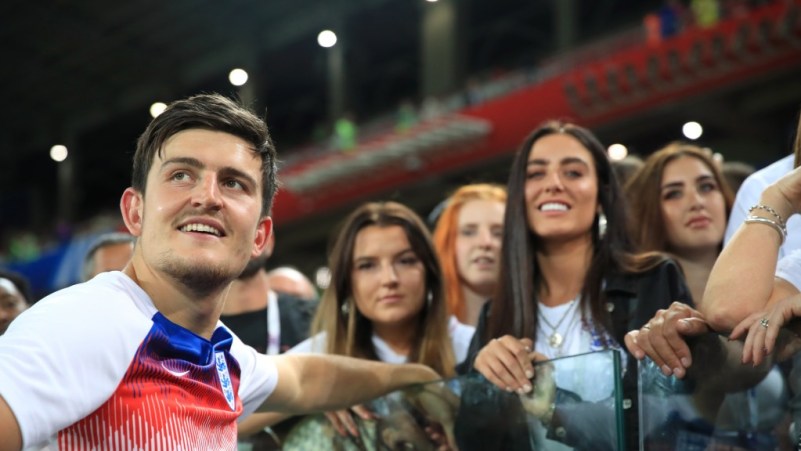 Twitter has released a collection of 10 of the most-liked tweets in the UK in 2018 so far, featuring Harry Maguire, Ariana Grande and the Dad who took coaching to another level!

The collection illustrates some of the best, funniest or most heartfelt things which have struck a chord with UK users of the social media site since January.

Harry Maguire, along with his affectionate nickname, became not just a cult hero but also a meme as England’s football team charged to the semi-finals of the World Cup this summer.

The picture of him with his partner, Fern Hawkins, after England beat Sweden was shared widely and his team-mates, such as right back Kyle Walker, found a use for it too.

2. One man takes kids’ coaching to the next level

This remarkable moment in a youth team football match in Wales saw an adult on the sidelines take the term “pushy parent” somewhat literally.

To his dismay, the nudge in the right direction wasn’t quite enough to prevent a goal for their opponents.

3. The one where Ross had to clear his name

After Blackpool Police shared a photo of a suspected thief, everyone said the same thing about him.

Naturally, the Ross from Friends lookalike made waves on social media and actor David Schwimmer gamely played along.

A year on from the tragic terror attack at Manchester Arena on May 22 2017, in which 22 people and the suicide bomber were killed, Ariana Grande shared words of support for the city, whose symbol is a bumble bee.

Grande was performing at the arena the night of the attack and performed at an emotional tribute concert for the victims shortly after.

Dani Dyer was one of the undoubted stars of Love Island 2018, winning the ITV2 show with partner Jack Fincham. But her success seemingly didn’t make things any easier for her dad, EastEnders actor Danny.

6. The penguin erector for hire

This job description got huge traction in the UK, with people left in wonderment at the thought of picking up little penguins all day as a job.

Unfortunately, the claim has been disproved, with Edinburgh Zoo itself saying “there is no such position”. Nonetheless, it’s still a wonderful thought.

7. Liam Gallagher gives the fans what they want

If there’s one thing Oasis fans want it’s for Liam and Noel Gallagher to patch things up and get back on the road.

Naturally then, this tweet went down a storm, even if it did illustrate the pair aren’t at their chummiest.

The UK was hit hard by the loss of Barry Chuckle, real name Barry Elliott, this year, but no-one more so than his younger brother and other half of hit kids’ TV show Chucklevision, Paul. This heartfelt post got a huge number of engagements.

9. Crouch gets a royal wave

There were many brilliant Peter Crouch tweets this year, but this one was probably the pick of the bunch.

Finally, some tweets transcend borders and time and, with more than a million likes this one of a squirrel sliding down a pole simply ticks all the right boxes.