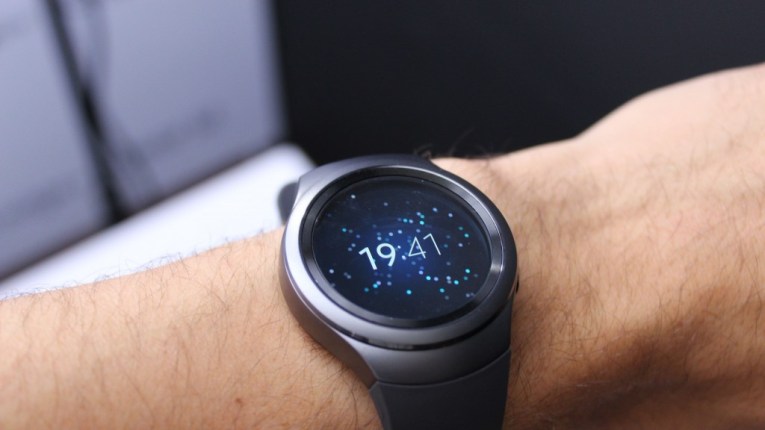 Many of us are likely to find a smartwatch or fitness wearable under the Christmas tree this year, most of them claiming to help improve our health and well-being in some way.

After the excesses of the festive season many of us will turn to these devices to try and kick-start a new and healthier regime, but how helpful are they really?

Around the world, more than 32 million such devices are expected to have been sold in the last three months, according to retail tracker IDC – from watches such as Samsung’s Galaxy Watch and the Apple Watch, to devices from companies like Fitbit, Garmin and Huawei.

But where do the advertising slogans stop and the real health benefits start?

Paul Scott, head of product management at Samsung Mobile, believes the Galaxy Watch has the potential to support the medical profession itself.

He says: “As technology develops, using wearable devices may actually reduce the need for physical doctor visits for those common diagnostic procedures, as consulting a wearable device for health stats and information will become commonplace for the consumer.”

Mr Scott says the Watch is a “one-stop shop for tracking wellness; they provide unmatched accuracy and an effortless way to stay on top of your health and wellbeing.”

For sport scientists and the medical profession they too feel there are benefits – but with some caveats.

Professor Billy Sperlich, from the Department of Sport Science, Integrative and Experimental Training Science, at Julius-Maximilians-Universitat Wurzburg in Germany, says this type of technology will be “a central tool in the fitness and health industry, provided some fundamental issues are dealt with”.

However, he says there are twins concerns – the marketing claims by some players and just how accurate and reliable is the data being provided. He says: “I am still not convinced that sensors with accelerometers may measure quality of sleep in detail.

Professor Sperlich says companies need to look to better validate some of the metrics they offer, and need to think about what the data is telling users.

“Many consumer devices do not provide sufficient feedback to alter the course of action for someone who’s seeking assistance in improving fitness and wellbeing. In this case a consumer needs a certain degree of physiological, psychological or medical knowledge and that’s why consumers stop using the device after a while.”

Samsung is careful not to position the watch as any sort of panacea or silver bullet for improving people’s lives. Mr Scott says: “Using a wearable device ultimately encourages users to lead a more active lifestyle and inspires the individual to think of different ways they can enhance their personal health journey.

He adds: “Fitness trackers and smartwatch technology has dramatically evolved in recent years, with a much broader range of functions now available. This development in functionality provides users with even more tangible ways to understand their personal wellbeing, and how to improve it.”

And the future offers more potential. He adds: “We’ll see a new generation of devices that are more customised to individual’s needs and medical conditions. For example, a person with diabetes might monitor physical activity to provide information on how to co-ordinate insulin injections and meals.”

Medical professionals too feel there is much to gain from the growth in these technologies. The British Medical Association, the union of UK doctors, in a survey of members found that most respondents (63%) thought that health apps and wearable technologies had the potential to be beneficial for patients.

However, a similar proportion (64%) thought that they were not sufficiently informed about these technologies to explain them to patients.

Despite that there was a very strong belief that the data from these devices should form part of a patient’s overall medical records.

“Many consumer devices do not provide sufficient feedback to alter the course of action for someone who’s seeking assistance in improving fitness and wellbeing. In this case a consumer needs a certain degree of physiological, psychological or medical knowledge and that’s why consumers stop using the device after a while.”
Professor Sperlich

Today these devices are aids, and support tools, for people wanting to maintain a healthy lifestyle or improve well-being, but it’s clear that both the technology firms and the medical profession see far greater potential.

These tools are becoming both diagnostic devices and motivators to improve the way we live. Yet there are still improvements to be made before the data from them can be placed alongside the measurements a medical professional might make.