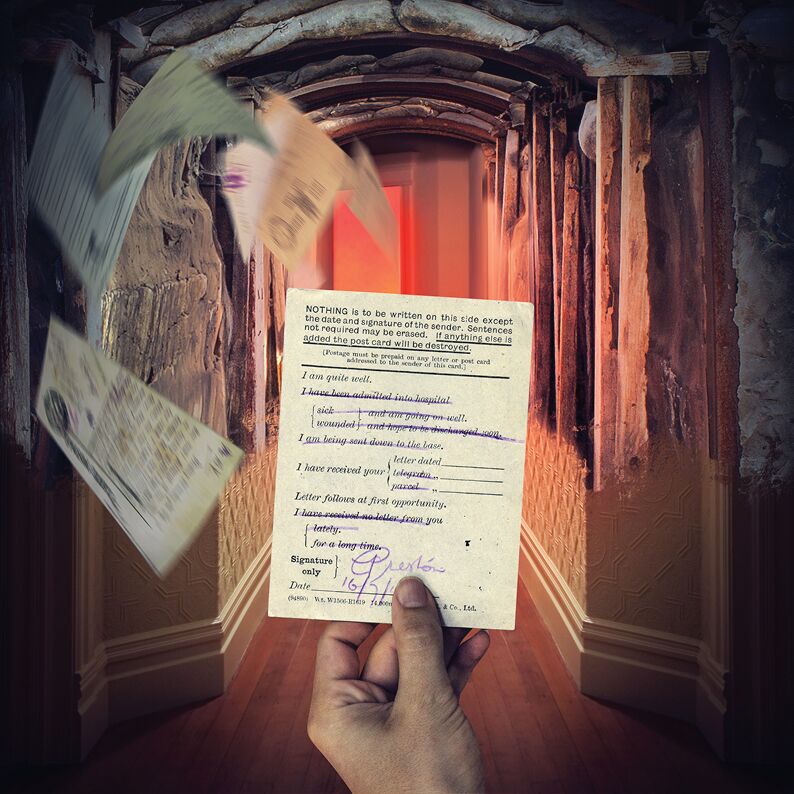 The BBC Proms are holding a Prom in virtual reality for the first time ever. Produced by BBC VR Hub, Nothing to be Written has been created jointly by one of today’s most exciting, contemporary composers, Anna Meredith, and the multi award-winning company of artists 59 Productions.

Bringing the BBC Proms to life as never before, this seven-minute experience is a contemporary response to the First World War and takes the ‘field postcard’ as its inspiration.

The VR Prom is a further iteration of the Five Telegrams project which formally launched the BBC Proms 2018 season. A co-commission for Anna Meredith and 59 Productions by the BBC Proms, Edinburgh International Festival and 14-18 NOW (the UK’s arts programme for the First World War centenary), this major new work for orchestra, choir and projections explores the varied forms of communication from the front lines.

Its second movement, entitled ‘Field Postcard’, forms the basis of the VR experience, drawing on the talents of both the BBC Proms Youth Ensemble and the National Youth Choir of Great Britain, alongside the BBC Symphony Orchestra under the baton of their chief conductor, Sakari Oramo.

Nothing to be Written takes the viewer on a highly emotive journey, positioning them as the main protagonist in the narrative: civilians transported on the same journey fared by their loved-ones during World War I. The piece merges two worlds – the hallways across the country with families and friends waiting quietly for news, with the unrestrained violence of the trenches. Throughout the piece, an image of a ‘field postcard’ remains the central thread.

Produced by the BBC’s VR Hub and 59 Productions and featuring spatial sound recording and mix by the BBC’s Audio Research & Development team, Nothing to be Written receives its world premiere at the BBC Proms on Tuesday 21 August. It then travels to 14-18 NOW-linked events throughout the Autumn, followed by an international premiere at Raindance Film Festival. The experience has been developed for ‘Oculus Go’ and will be available on public release to other major VR and BBC platforms later this year.

To accompany Nothing to be Written, a full 25-minute, immersive experience has been developed to be previewed at the BBC Proms. Shaped entirely around the full score for Five Telegrams, the first four movements of the experience will place the user in the centre of the Royal Albert Hall. As the music plays, the walls and geometry of the building morph and change.

“You find yourself alone in this spectacular space. There is a reverent hush alive with possibility. The space feels real, but heightened. As the music begins, the hall begins to transform in response to the music. The architecture around you shifts and changes, becoming a canvas on which the music is painted.”

Nothing to be Written is a BBC virtual reality experience by 59 Productions and Anna Meredith, produced by BBC VR Hub, and presented by BBC Proms and 14-18 NOW: WW1 Centenary Art Commissions.

“The BBC Proms broke new ground on the opening night of the Proms this year when we presented our first ever new commission combining both music and visual projections.  ‘Five Telegrams’ has already been seen by thousands of people at live events in London and Edinburgh and (hundreds of) thousands more on television and online.   I am delighted that this latest VR incarnation will reach even wider audiences and add a further ground-breaking development to the project”.

The VR Prom will take place at Beit Hall’s ‘The Metric’ on Thursday 21 August from 19.00-22.00pm. The event is free but ticketed. It will also feature as part of this year BBC Proms Inspire day on Friday 22 August, before heading to further events associated with 1418-NOW’s World War 1 centenary commemorations.