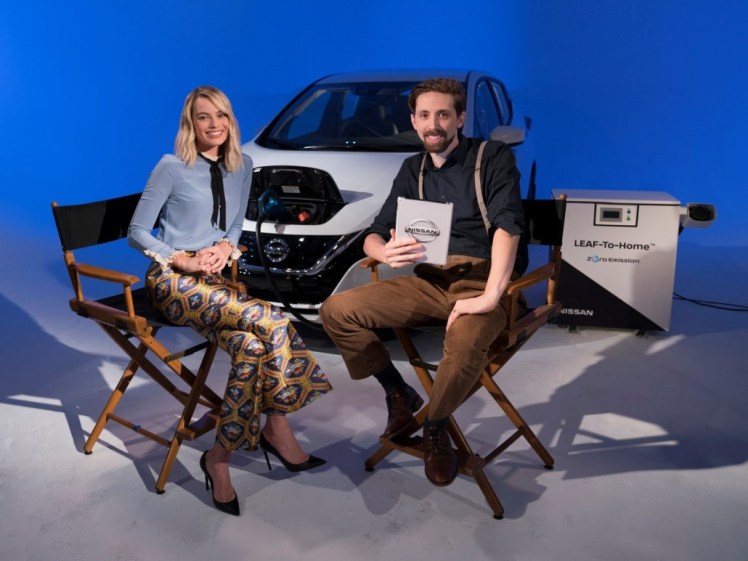 Nissan announced last October that it will enter the fast-growing Formula E series in the 2018/19 season. The all-electric series gives Nissan a platform from which to spread its Nissan Intelligent Mobility strategy

Last October, Margot announced the Nissan Electric Ecosystem which aims to transform the way you drive and live, and most recently, she announced three new Nissan sustainability pilot projects at Futures 3.0 in Oslo.

“The world is going electric and technology is getting smarter. Even the cameras today were powered using the Nissan LEAF – something I never thought a car would be able to do. It’s crazy in a way but it’s another simple demonstration of how we can change the way we drive and live to create a cleaner and more sustainable world for everyone.”

Award winning Margot Robbie is a world famous Australian actress and producer. She has recently been nominated for best ‘Actress in a Leading Role’ in the 2018 Academy Awards for her role as Tonya Harding in I, Tonya (2017).