UK based innovation start-up eFOLDi has smashed its original target of £350,000, reaching over £500,000 of funding after one week on crowdfunding website Crowdcube.

Revolutionising mobility for the masses, eFOLDi is billed as the the world’s lightest, innovative and compact folding mobility scooter which can fit easily into the boot of any car.

Offering users a wide range of uses, eFOLDi claims to enable those with mobility issues to live a fuller, more enjoyable life, whether for shopping, leisure, commuting or even camping!

From a spark of innovation to concept design and prototype, the inception of eFOLDi has been a true entrepreneurial family affair, with the idea coming from father-daughter duo Jianmin and Sumi Wang after Jianmin broke his leg and struggled to stay independent. 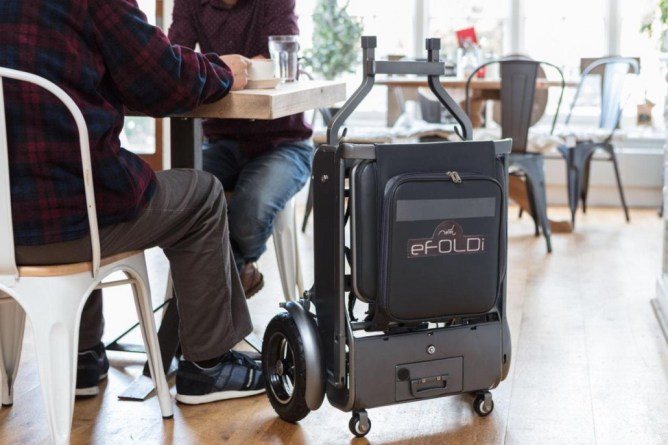 Based in Surrey, Sumi entered the eFOLDi prototype into Richard Branson’s entrepreneur competition ‘VOOM’, seeing success as a finalist. In addition, the prototype was voted British Invention of the Year 2016 and has appeared on the Channel 5’s The Gadget Show.

“The journey has been a long one, with many ups and downs along the way, however we’ve had total belief in the potential eFOLDi has to improve the lives of millions of people with mobility issues.

“We’re absolutely thrilled to see the crowdfunding campaign take off so vigorously and we can’t wait to take eFOLDi to the next level.”

For further information  visit the official website at //www.efoldi.co.uk or the crowdcube campaign page at //www.crowdcube.com/efoldi