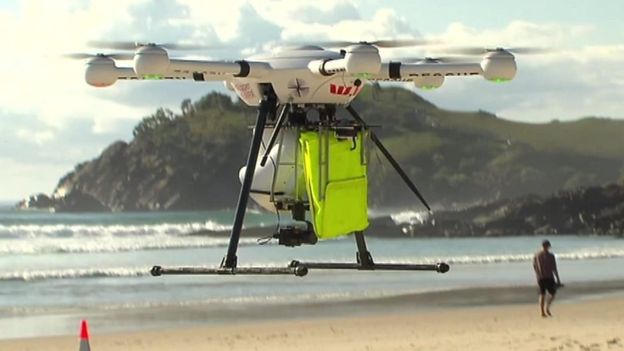 The authors of Beyond Genuine Stupidity and The Future Reinvented explore how we can harness the potential of artificial intelligence (AI), robotics, and a growing range of other increasingly powerful technologies in the service of humanity

What are the most useful, or useless, future products you can imagine? What new or innovative qualities will be in demand? How would you design a robotic or connected device with the purpose of creating positive changes in society?

If we could time travel five, fifteen, or twenty years into the future, what would we find? It doesn’t take a time machine to imagine a continuing evolution of intelligent, robotic, connected, digital, and social technology innovations persisting for decades to come.

Surveillance and control are some key features of the coming waves of gadgetry that could put seemingly god-like powers into the hands of mere mortals.

Rescue Drones – Drones are already available that can target individuals in need of emergency assistance, and either airlift them to safety or provide them with vital life-saving equipment. These drones will become ever more sophisticated and capable, with the ability to undertake more complex search and rescue missions and perform a growing range of medical procedures on the spot.

For example, two teenage boys were recently rescued by a brand new lifesaving drone in Australia (like the one pictured above) while lifeguards were still training to use the device! See full story here.

Droneloo – Single user droneloos could be summoned on demand—dropping into the midst of a crowd at an open-air festival, concert, public rally, or sporting event to enable those caught short to relieve themselves in privacy.

Autonomous Drones Monitoring and Repairing Infrastructure – Constant status monitoring via connected sensors and use of autonomous repair-bots may allow for continuous upkeep of physical infrastructure. As soon as a sensor detects a pothole or crack in a bridge, the appropriately skilled fleet of autonomous maintenance drones and robots could be dispatched to repair the bridge before further damage can occur.

A step on from pre-planned maintenance routines could be fully autonomous inspection drones. Equipped with AI enabled technology, they would observe and report back on the target infrastructure: power lines, railway lines, hyperloop evacuated tubes, tunnels, and bridges. Links to automated or manual repair and maintenance teams would provide information to enable timely deployment of the correct repair assets.

Personal Robo-Delivery – Small autonomous robots are already delivering fast food and mail—soon they could run daily errands while their owners work. As our grocery order or dry cleaning becomes ready, the robot is alerted and sets out through the town to pick up the orders from the local shops.

Personal Drone Security – Small drones may fly around a person’s property, constantly monitoring and guarding against security threats like trespassers or burglars. Additionally, they would alert owners of their guests’ arrivals, and be able to confirm the guests’ identities through video and facial recognition software. 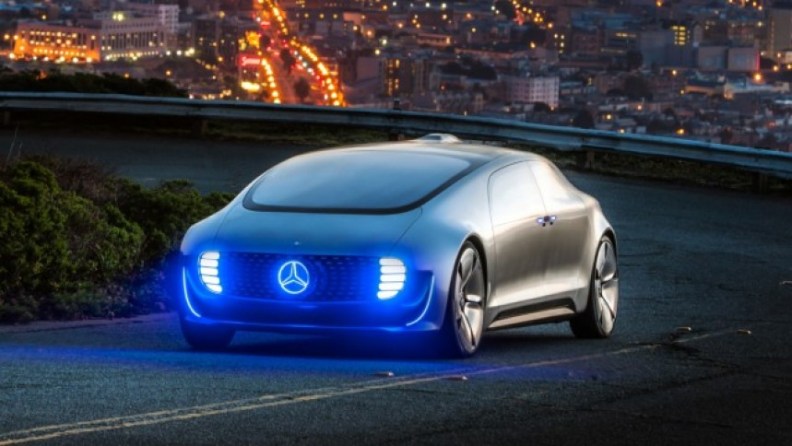 Autonomous Cars – Self-owning independent taxis will earn fares for each ride, sharing revenue with those who manufacture, service, and refuel them. The cars would work in self-managing, self-insuring networks—covering each other in the event of increasingly rare incidents. As autonomous technology grows ever smarter, accidents will only tend to arise when human-driven vehicles are in collision with autonomous cars.

Big Events – Autonomous ambulances with in-vehicle robots could provide immediate first aid, carrying out more complex tasks under the guidance of remote video-linked doctors. Personal drones would extract injured parties from the crowd and transport them to the ambulance. Autonomous food trucks would use drones to deliver the food to the individual wherever they stand without having to leave their spot.

Keeping us fed and healthy

Robo-Mummy – Continuous monitoring of health indicators would allow your devices to order what you need to prevent you getting sick. Your devices would try to nudge your decision making towards a healthier lifestyle and what’s best for you.

Self-Filling Vertical Farmer’s Market Bag – Smart, self-filling, self-unloading, reusable bags could communicate with smart homes and smart appliances to place new orders from a local vertical farm or supermarket. The bag would fill itself with groceries at the point of origin, be delivered via autonomous vehicle or drone, unload on arrival, and be returned empty on the next delivery run. This could save time for shoppers, support local produce, and discourage food waste

Environmental Monitoring – As more and more sensors are deployed, we can expect environmental monitoring to reach a new high. A person or their autonomous car may receive tailored alerts to avoid certain streets as pollution levels are slightly elevated in those areas. Walkers might be alerted to avoid specific parks as weather conditions have caused weeds to bloom that may trigger their allergies.

Unisex Utility Jacket – This totally safe and secure everyday fashion item would keep mobile devices connected using built-in chargers and a personal private data network. The jacket might also collect, convert, store, and distribute kinetic and heat energy from the wearer’s body to sell back to the local power grid.

Life Automation – Connected devices and ‘life automation’ apps will share your agenda and habits to plan the flow of your day. Music from your surround system would automatically keep playing in your headphones after you leave your home and switch to the in-car system when you get behind the wheel. The home heating system would turn on when you are ten minutes away. Food would be delivered or ready to serve minutes after you walk in the front door.

Future reality is not as mythical as we might imagine. While exciting images of high-tech captivate us, it is essential to stay grounded about the future. We’ve suggested some examples of how disruptive technologies may actually affect daily life in the future. Imagine a time when they become normalised and somewhat taken for granted.

Rohit Talwar, Steve Wells, April Koury, Alexandra Whittington, and Maria Romero are the authors of Beyond Genuine Stupidity and The Future Reinvented.