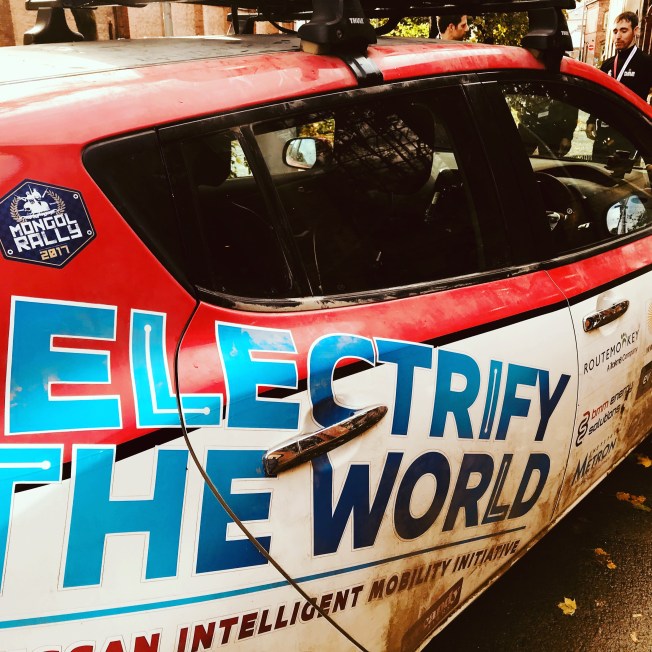 Chris Price reports on new initiatives which will help kick-start the electric vehicle (EV) revolution, including Nissan’s partnership with Ovo which will reduce driving costs to virtually nothing

Earlier this week I was lucky enough to be invited to Oslo as a guest of Nissan to attend its third Nissan Futures Conference. It was a very informative event, during which I learned a lot about developments in electrification, particularly the convergence we are starting to see between the automotive and energy industries (more of that later).

I also learned about how important regional differences are, particularly the role that local and national governments, in changing people’s behaviour, if not always their attitudes.

Take Oslo. A very small, but wealthy city with a population of a little over 600,000 (about the size of the Sheffield), it has been able to take radical steps very quickly – even if they haven’t always proved particularly popular!

In January, diesel cars were temporarily banned in order to reduce Nitrogen Dioxide (NO2) levels although plans to ban ALL cars from the city centre were later overturned after complaints from local businesses.

What’s more, Norway is set to completely ban all petrol and diesel cars from the streets by 2025. This hugely ambitious target, if achieved, will put Norway – ironically one of the world’s largest exporters of oil – in the driving seat of the electric car revolution.

Already massive strides have been made towards achieving the goal. According to Oslo’s mayor, Marianne Borgen, speaking at Nissan Futures 3 conference, around 40 per cent of new cars sold in the Norwegian capital are now electric and a further 20 per cent are hybrids.

And although the total number of electric cars on Oslo’s streets is still only around 7.5 per cent (around 22,500), this figure is set to double by 2020 with toll road entry fees into the city rising to over 5 Euros for petrol and diesel cars. In contrast, those with electric cars and plug in hybrids benefit from reduced tolls on the highways and free parking in most cities.

Oslo is also investing in the city’s infrastructure to support electric cars. By 2018, the city will have 1500 free slow charging points plus 524 semi-fast chargers. For those without a garage or a private space where they can charge their car, there will also be a subsidy of NOK 20 million (approximately $2.5 million) available to support charging points in housing co-operatives.

While Norway is leading the way when it comes to the electric car revolution, the same can’t be said for other European countries. Yet. Britain isn’t planning to ban petrol and diesel cars until 2040 (a full 15 years after Norway) while only 1 per cent of cars sold in the UK are currently electric.

In June 2017, Nissan announced that its Leaf – the UK’s best selling electric car – had reached sales of 20,000 across Britain, seven years after it was first launched. Globally, that figure is around the 300,000 mark.

So what can be done to speed up progress? Obviously, in part it’s about introducing new models that combat the ‘range anxiety’ that is putting many people off buying electric, fearing they will run out of power while driving.

Launched in Oslo earlier this week was a new and improved Nissan Leaf which offers a very respectable range of 378km or 235 miles on a single charge.

Priced at £26,490, the limited-edition 2.ZERO, which is the first model in the new Leaf line-up, also includes the ProPILOT suite of semi-autonomous driving technologies. This means the car can steer, brake and accelerate for you in low-speed, single lane traffic.

Alongside the new Nissan Leaf, the car maker has also launched a new version of its e-NV200 electric van which will be available to order before the end of the year.

According to Paul Willcox, Chairman, Nissan Europe, the focus of its strategy has to be on electric vans, just as much as electric cars, in order to combat what he refers to as the ‘Amazon effect’ of more diesel-based delivery drivers on the road.

Of course, it’s not just about offering improved new electric models, although that will certainly help. Nissan is investing a total of $5 billion in conjunction with its partner Renault in order to give itself a massive head-start in the marketpace. “We’re ahead of the rest of the industry by at least a decade,” reckons Willcox.

Willcox told audiences at Nissan Futures 3 that predictions show 30 per cent of cars in Europe will be electric by 2027. “I personally believe that’s conservative. I think this will be a period like when the combustion engine went from gimmick to necessity. ​It will be a profound change.”

In Oslo, the Japanese car maker committed to expanding its European outdoor charging network with the addition of 1000 new charging points, bringing the total number of charging points to 5600. 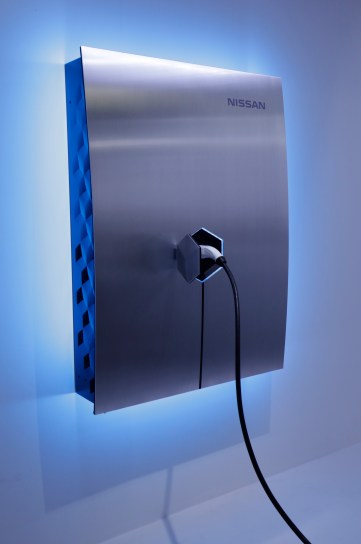 It also announced a new 2018 range of home and office charging devices to speed up electric charging, a major bug bear of EV (Electric Vehicle) owners. This includes a double speed 7kW home charger which will allow vehicle owners to achieve 100% charge in 5.5 hours (a 70 per cent reduction in charging time from the previous charging technology).

In addition, Nissan is also introducing a 22kW charger, designed for fleet and business owners, which will allow you to charge your Nissan EV in two hours.

Furthermore, Nissan announced new initiatives for its xStorage home energy unit that can be used to power both the car and home using recycled and repurposed (or ‘second life’) Nissan Leaf batteries.

Developed in conjunction with energy provider Eaton, the xStorage has now been sold to 1000 home customers and is on track to sell 5000 by March 2018. By 2020, Nissan hopes to have sold over 100,000 xStorage units in Europe.

In Oslo earlier this week, Nissan showcased a new version of its xStorage home energy storage system (pictured above) which not only allows customers to plug their electric vehicle directly into a wall box to charge but which will allow them to generate their own electricity from solar panels – similar to the Powerwall made by Elon Musk’s Tesla. 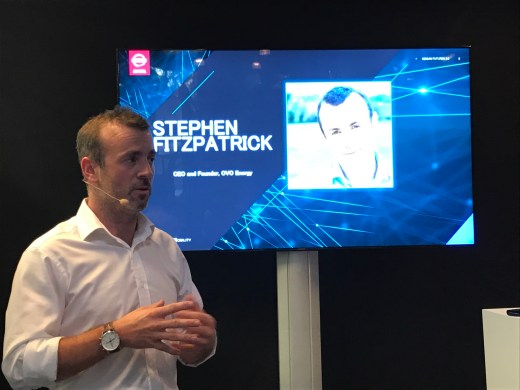 Thanks to a partnership with energy supplier Ovo, it’s even possible that running costs for an electric car could be reduced to virtually nothing.

The idea is that Ovo will install the xStorage device in your home for around £4800 and take over the management of the car’s battery on your behalf.

Ovo will then trade electricity from the battery, topping it up during off-peak periods when power costs about 4p per kilowatt hour (kWh), and selling it at peak times for about four times as much, with owners able to set a minimum amount of charge they want for driving the next day.

According to Ovo’s chief executive Stephen Fitzpatrick the savings will cover the £350-£400 annual cost of charging an electric car, although the initial investment outlay will mean that it may take several years to break even. See here for further information.

Ovo, will offer this “vehicle-to-grid” service to buyers of the new Nissan Leaf from next year, using Nissan’s second life batteries and even solar panels in customers’ homes. The government recently launched a £20m fund for research into such vehicle-to-grid technology.

Fitzpatrick predicted that while the technology would initially have a “relatively modest” impact on the take-up of electric vehicles and easing pressure on the grid, it was “the thin end of a very important wedge”.

There’s still a long way to go, but the the flexibility provided by allowing power grid managers to draw on millions of electric vehicles could certainly be transformational.