Whether you believe in it or not, technology in sport is a hot topic these days with regular and countless calls for more and more computerised systems to be used across the major sports, and no doubt, in the less known sports as well.

The word technology can lend itself to many different subjects and it is the sheer number of ways that it can present itself which ensures it is a conversation never far from the latest columns of our sports pages.

Technology helps the athletes themselves to improve with advanced training and performance tracking equipment. It also helps with the equipment they use, the surfaces they compete on, and, perhaps most significantly, it has helped to ensure the rules and scoring of a sport are recorded fairly and correctly.

In some cases these solutions are replacing human involvement and in some cases they are working in tandem with humans, but one thing’s for sure, if you’re unable to accept the sport’s desire to move forward into the 21st century then you are unfortunately likely to be left disappointed. 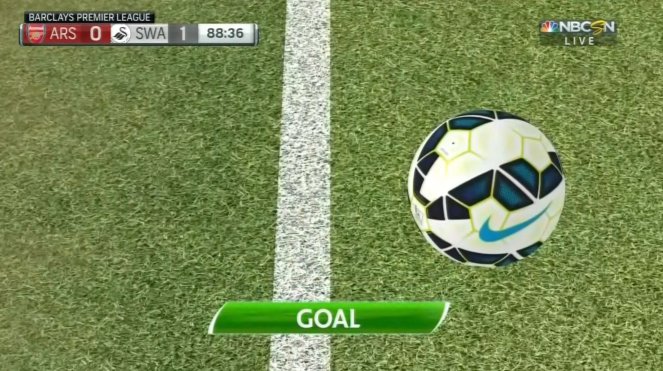 In football, the debate about goal line technology rumbled on for years before Frank Lampard’s ‘goal’ against the Germans in the 2010 World Cup became the straw that broke the camel’s back.

It was argued that refereeing decisions being sometimes incorrect was an important part of the heritage of the game and actually added something to the occasion, and there is plenty of merit in that statement when it comes to decisions involving discipline, off-sides, throw ins and corners.

But when it came to whether the ball actually crossed the line, it was decided it was too important to get wrong and a solution was put in place. In days gone by it may have been just the result of the match that was incorrect due to a poor refereeing decision, but these days a wrong call can, of course, significantly affect bank balances, too. And it’s the same with tennis, too.

Gone are the days of line judges having to couple amazing concentration with outstanding eyesight in order to spot the ball hitting the line for a key point. No longer does the umpire have to maintain the hearing of a long-eared bat to determine whether that first serve clipped the net on the way through, whilst they are trying to look at everything else that is going on at the same time.

You’d be hard pushed to say that the technological improvements that have been brought to tennis have affected our enjoyment of the game. In fact, the suspense caused by a line call that is referred to Hawk-Eye (the name of the technology that predicts with outstanding accuracy where the ball has landed) has actually added a new dimension to the game. As the machine takes five seconds to beam the ball position onto the big screen there is chanting and impatient clapping from the crowd, and as soon as the decision is determined comes the groaning or cheering.

It’s all part of the show now and you won’t find many around who dispute that Hawk-Eye (or even its predecessor Cyclops which only tracked whether the initial serve was in or out) was a worthy introduction to the sport.

Other significant technology includes the many new ways a player can look after him or herself. It’s no coincidence that over half of the current top 10 male tennis players are over 30 years old. With apps to track every step they take and every calorie they eat, it’s no wonder they are able to look after themselves so much better than in the past.

Roger Federer is almost as good as ever at the age of 35 and Gilles Muller, fresh from beating Rafa Nadal at Wimbledon, is having his best ever season at the age of 34. It’s no longer just a game for the young and careers will surely be lasting longer and longer as technology continues to progress.

It’s not just physically that these apps and systems can help a player, though. As everyone knows, the mental battle is just as big a factor in deciding whether a player reaches the very top of their sport or not. Andy Murray’s former psychologist Roberto Forzoni gives a great insight in this recent sports interview as to why it can happen to certain players.

“It’s a thought process,” he says. “Rather than thinking about what you do, you think about the consequence. Different players act in different ways.” Players choking in high pressure situations is certainly not uncommon and there are even apps now being developed to assist players in combating performance anxiety or pre-match nerves, for example.

Technology eh. When will it end?