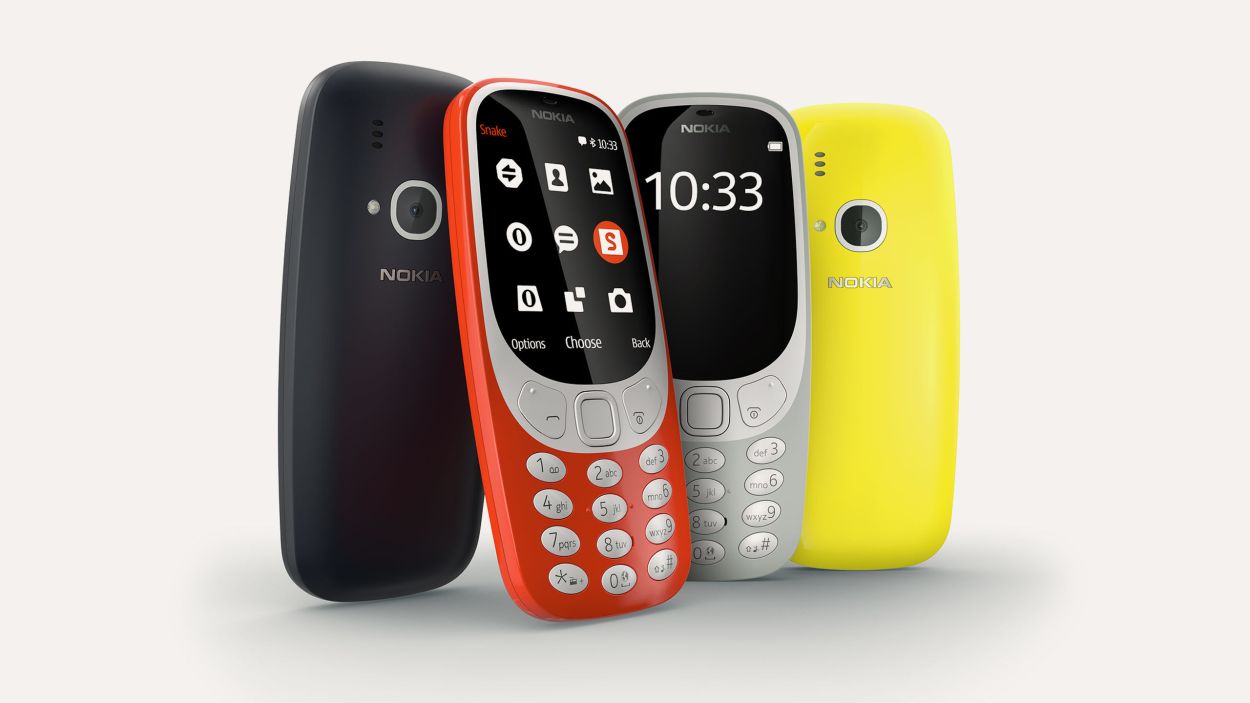 Almost twenty years ago, Nokia launched one of the best known, and best selling, mobile hand sets ever released. The original Nokia 3310 sold more than 126 million units. And for many of us, this was our first real mobile.

From its iconic Snake game, to its legendary robustness, the Nokia 3310 was a real classic. Which is why Nokia have chosen to release an updated version of the 3310. But just how does this compare to the original? That’s what we’re here to find out!

Who is This Phone For?

Before we get into details, let’s take a second to think about who this phone is being marketed to. The 3310 is NOT a top end, flagship phone. It’s not even a real smart phone. If you’re used to using a Samsung Galaxy or an iPhone, then the 3310 probably isn’t going to scratch your itch. However, the 3310 is a top end dumb phone, and a pretty stylish one at that. Which means that this model is going to be a great choice for some people.

If you’re looking for a starter phone for a kid, the 3310 will be perfect (limited internet connectivity and practically indestructible, this is a great choice). For older users who may want a more simple phone, again, this is a great choice. And even for the nostalgic, or those looking for a second phone that they can safely take on climbing trips, or to a building site, the 3310 is going to be a good alternative. Plus, it’s affordable too, so you won’t be spending a fortune.

The Screen and Design

Probably the biggest difference between the original and the new 3310 is the screen. Whilst the original 3310 had a 1.5 inch black and white display, this time you’re getting colour, and a larger 2.4 inch screen. This isn’t a touch screen, and resolution isn’t fantastic (put it up against an iPhone and you’ll certainly be able to tell the difference). But for most people, the colour screen is going to be a necessary improvement to the classic phone.

When it comes to design you couldn’t mistake this for anything other than the Nokia 3310. The shape is the same, an identical lozenge shaped build, and there’s the same hefty robustness (which makes the 3310 so practical and indestructible). But there are a couple of differences. Firstly, there’s the weight. Whilst the original came in at a weighty 133 grams, the new version is significantly lighter, weighing only 79.5 grams. That’s good news for your pockets…

Secondly, the physical navigation buttons are slightly different. The original 3310 had a top centre home key, then a smaller call key off to the left, and a long key to the right that controlled up and down. The newer model is more intuitive, with three keys all in a row, a square home key in the centre, and then left and right. For users familiar with modern phones this will make a lot more sense than the original configuration. Of course, the 3310 is still a number keypad phone (which means texting is old style, pressing 2 three times to get C for example).

As a dumb phone, you’d expect the battery life on the 3310 to be excellent. And the good news here is that the new model beats even the classic 3310. The classic 3310 could achieve around eleven days of standby time, but the new model gets a whopping 31 days of standby (as well as 22 hours of full on use) per charge. So you won’t be looking for a charger very much… When it comes to storage space, the original 3310 really had no internal storage at all, but the new model gets a solid 16 GB of space…

There was no camera on the original 3310 (way back then, camera phones just weren’t a thing). But the new model does feature a basic 2 MP rear camera. This obviously comes nowhere close to the specs of smart phone cams, but at least your pics will look hipster and arty…

OK, so here might be a deal breaker for some modern users. The original 3310 had pretty much zero connectivity, other than making calls and sending texts. The new 3310 does have 2.5G, but that’s nowhere close to the 3G that’s standard on mobiles (and miles away from fast 4G). You do have basic internet access (there is a version of the Opera Mini web browser included) though you’re unlikely to be able to do more than check an email or read a text only web page with it.

Speaking of email, there’s no email client at all on the new 3310. As mentioned above, you’ll need to go to the web browser and check from there. There’s also no app store, which means you won’t be downloading any apps at all. Given all of this, you might be wondering how you’re supposed to fill that 16GB of internal storage. Well, there’s a US type C charging port, so it looks like the best way to get, say, music onto your phone is going to be plugging into your PC and transferring files that way.

If you owned an original Nokia 3310, there are probably two things that you really remember about it. The first of these is the original Snake game. And the good news is that the new 3310 does also feature Snake. However, this is an updated, full colour version, and might be a little different from what you remember. The game is more complicated, graphics more realistic, and there are now levels to beat (as opposed to just going and going and going until you died..).

The second big deal back in 2000 were those removable cases. The original 3310 let you remove the back and front covers so that you could replace them with different colours and different designs. Sadly, this seems to have been dropped on the new 3310, at least for the front cover, since it’s completely non-removable.

Looking for a great second phone? A practical phone for a kid? A little piece of nostalgia or novel Christmas gift? Then the new Nokia 3310 might be the choice for you. Sure, it’s not as complex as today’s smart phones, but it’s still a very cool little mobile indeed, with some great improvements on the older version.