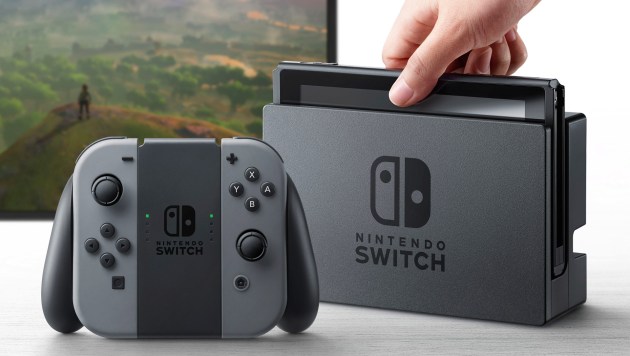 The launch of the Nintendo Switch has grabbed the attention of UK gamers, prompting more than a third (38%) of those aware of the new console to express an interest in purchasing one in the next three months – at least that’s according to a survey by Harris 24.

The study, which aimed to gauge public awareness and reaction to the launch of Nintendo’s latest games console, found that over half (56%) the population had knowledge of the Switch prior to its launch on 3rd March, with almost three-quarters (73%) of console gamers claiming to have it on their radar.

According to the survey, more than two-thirds (68%) of those aware of the console said its major appeal was that it allows users to continue playing at the point they left off when switching between home TV screen and portable modes.

Two-thirds (63%) of the nation now play games on mobile devices, and the portability combined with the gameplay of Switch is expected to appeal to both mobile gamers, as well as home console users. The manufacturer believes this will give it a far wider consumer-base than past Nintendo launches.

Importantly for Nintendo, half of those aware of the Switch (51%) said they will pay close attention to reviews before committing to purchasing the console, with two-fifths (42%) wary that it may not be as good as other consoles on the market.

“The Switch is an exciting new concept in gaming, and the key to its success is whether Nintendo can convert the initial excitement over the console into purchases.”

“It will be interesting to see if the console can step up to expectations, and also whether its portable nature means it will appeal to the nation’s growing number of mobile gamers as well as those with existing consoles.”

This survey was conceived, designed, fielded and analysed within a 24-hour period, using Harris 24.

To find out more, visit: //harris-interactive.co.uk/solutions/harris-24/