It seems the BBC is well and truly embracing virtual reality (VR) with the announcement of two new VR productions today (14/12/16).

We Wait is a dramatised depiction of migrants making the perilous journey from Turkey to Greece on smugglers’ boats while Fire Rescue immerses viewers in the dramatic real-life story of a crew of firefighters who rescued six children from a house fire on Christmas Day in 2012.

Stepping aboard a fire engine, viewers of Fire Rescue are transported via VR headsets to a flame-filled bedroom, witnessing the sights and sounds of the roaring fire taking hold and the terrified screams of the children inside.

The film stars Crew Manager, Paul Rich, and his colleagues from the red watch at Southall Fire Station. “This is a fire I will never forget,” Rich told us. “We knew as soon as we arrived on the scene that a number of children were involved and could already see the flames inside the house.

“We had to act fast to save lives, which is why I didn’t hesitate in climbing straight up to the bedroom window when I heard the crews inside were struggling to get through the smoke and chaos to reach the children.” 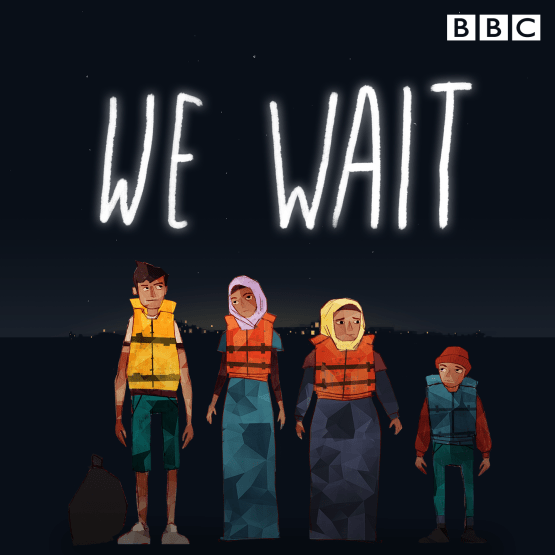 Equally dramatic but using animated, rather than real life, footage is We Wait (pictured above). The BBC’s first VR production on the Oculus store, it brings to to life real accounts from migrants gathered by BBC News.

The film begins on the beaches of Turkey, and from there takes viewers on board a vessel as it makes the perilous crossing across the Mediterranean.

Zillah Watson, executive producer, BBC R&D, said: “We Wait has enabled us to explore how VR can deepen audiences’ understanding of a topic in a way they wouldn’t otherwise be able to experience – a migrant’s perilous journey to Europe. It also offers a distinct way in which to deliver news content, and could be a very interesting tool for telling news stories in the future beyond the confines of traditional reporting.

We Wait is now available for free globally on the Oculus store, and more information on the film can be found on BBC Taster. The film has been produced as part of the BBC’s initial experimentation in VR.

Other VR projects include: