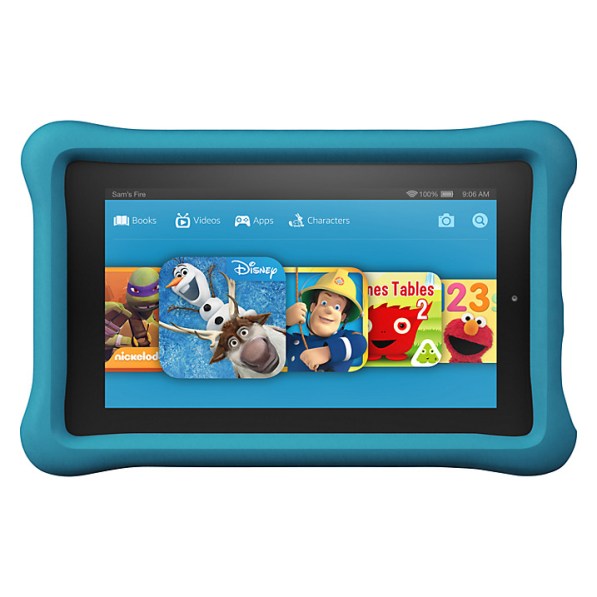 Looking for a cheap tablet this Xmas? Don’t want to spend a fortune on the Apple iPad. Then you really have two options – either get an Amazon or get an Android tablet (there are also Windows tablets of course, but most of these like the Surface Pro 4 are hybrid devices which can also be used as laptops).

Amazon tablets, such as the 7inch Amazon Fire, are simply amazing value. Especially considering they’ve got a decent screen, a Micro SD card slot for extra storage (something the iPad doesn’t have) and an easy to use operating system. There’s just one problem. They’re not Android tablets so don’t expect to find any Google apps, including internet search, on there as standard!

When choosing any tablet, it’s best to consider screen sizes. Smaller 7inch and 8inch tablets are all very well for sticking in your handbag or rucksack, but if you want something for regular video streaming in the house then it may be better to get one with a 9inch or 10inch screen.

Look for an IPS screen, as this technology usually offers good colours and viewing angles for sharing viewing with friends. Also look for the largest amount of built-in storage which is available for your budget. Really 8GB is a bare minimum because much of this can taken up by the operating system as well as pre-installed apps which you might not be able to delete. 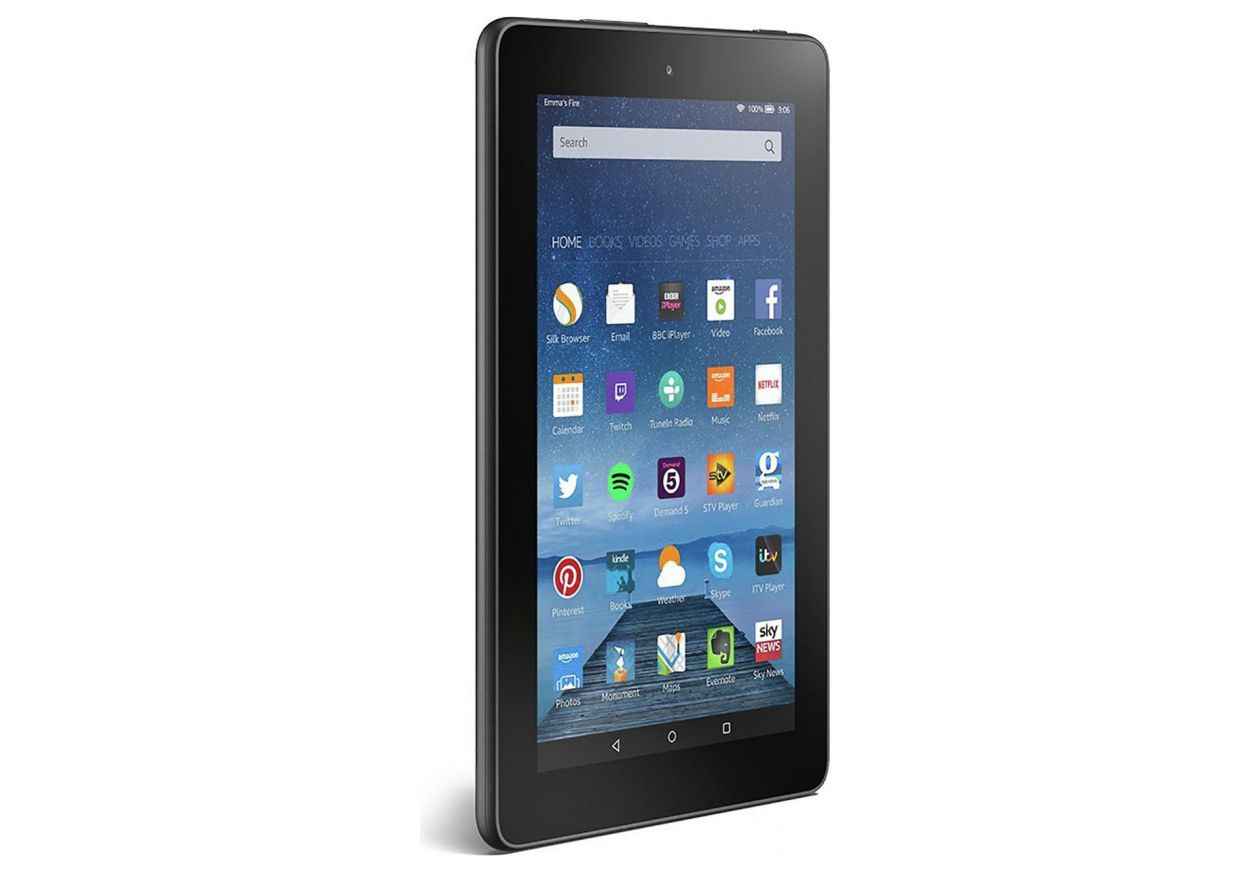 Featuring a 7 inch (1024×600 resolution) IPS display with fast 1.3 GHz quad core processor, this amazing value tablet lets you launch apps quickly. Comes with 8GB of storage and expandable memory up to 128GB. On board are rear and front facing cameras while up to 7 hours of battery life is long enough for staying entertained on most journeys. Also available in a 16Gb version for just £39.99. Bargain. 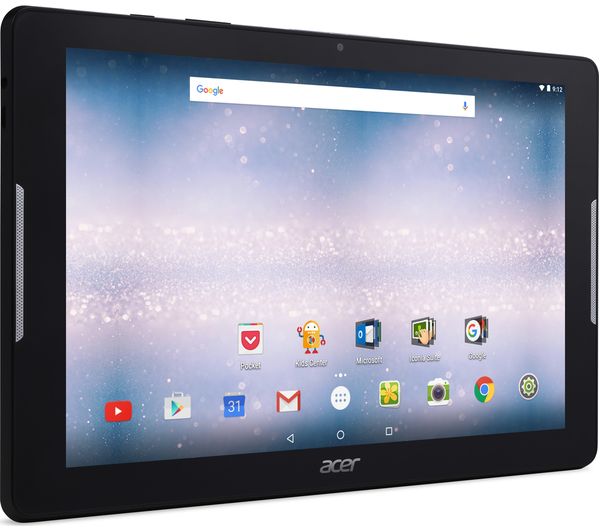 An Android 6.0 (Marshmallow) tablet, with a large 10.1inch high definition screen, the Iconia One is ideal for watching videos in the house as well as on the go.  Thanks to two built-in stereo speakers and support for high definition audio, it also offers much better sound than most cheaper tablets. IPS technology gives a much wide viewing angle while still providing great colour and clarity. Thanks to a 10 hour battery life you’ve got plenty of time to enjoy watching movies on this tablet while 16GB of memory is provided as standard. 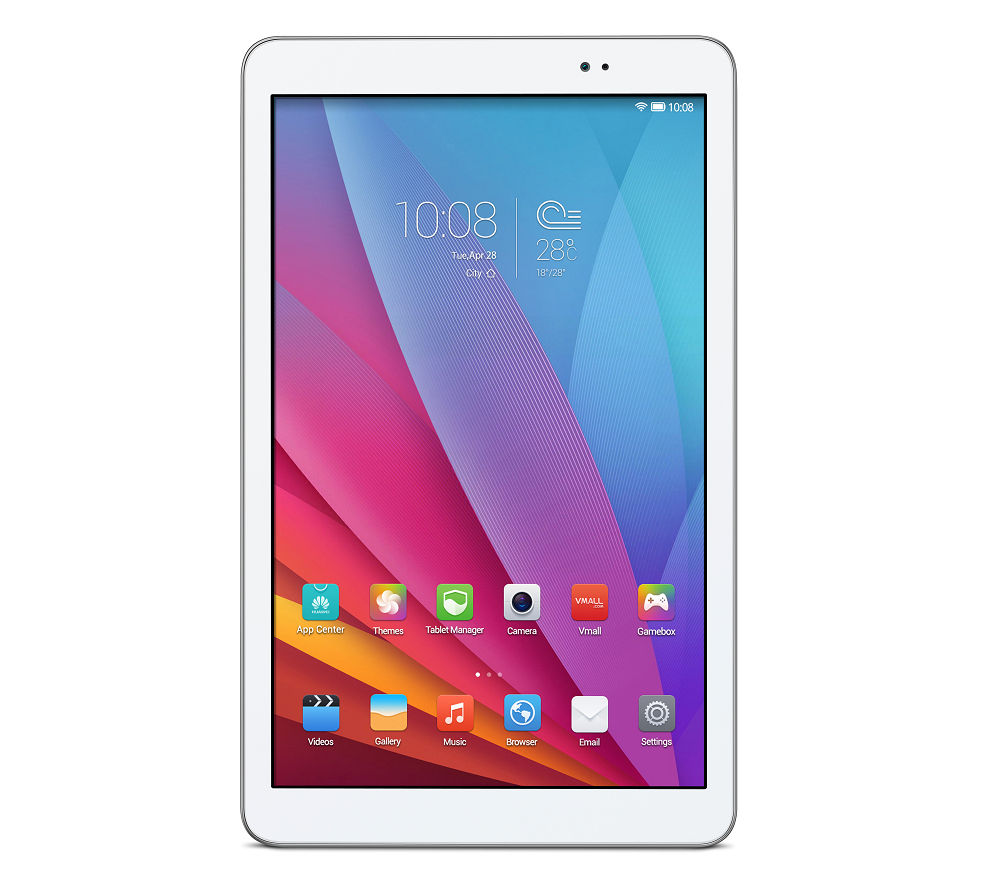 Powerful enough to watch HD movies, play games or work on an important presentation, the T1 runs on an Android 4.4 operating system (KitKat) with a fast quad-core processor. Two cameras are on board:  a 5 MP rear camera and a 2 MP front camera, both with built-in autofocus. A powerful 4800 mAh battery means you can enjoy up to 16 hours of internet browsing or up to 20 days in standby mode. And when the battery begins to run down, Ultra Battery mode shuts down the functions that drain your battery the most, so that you can use the essentials for longer. Although 16GB storage is built in, this can be expanded via the MicroSD card slot. 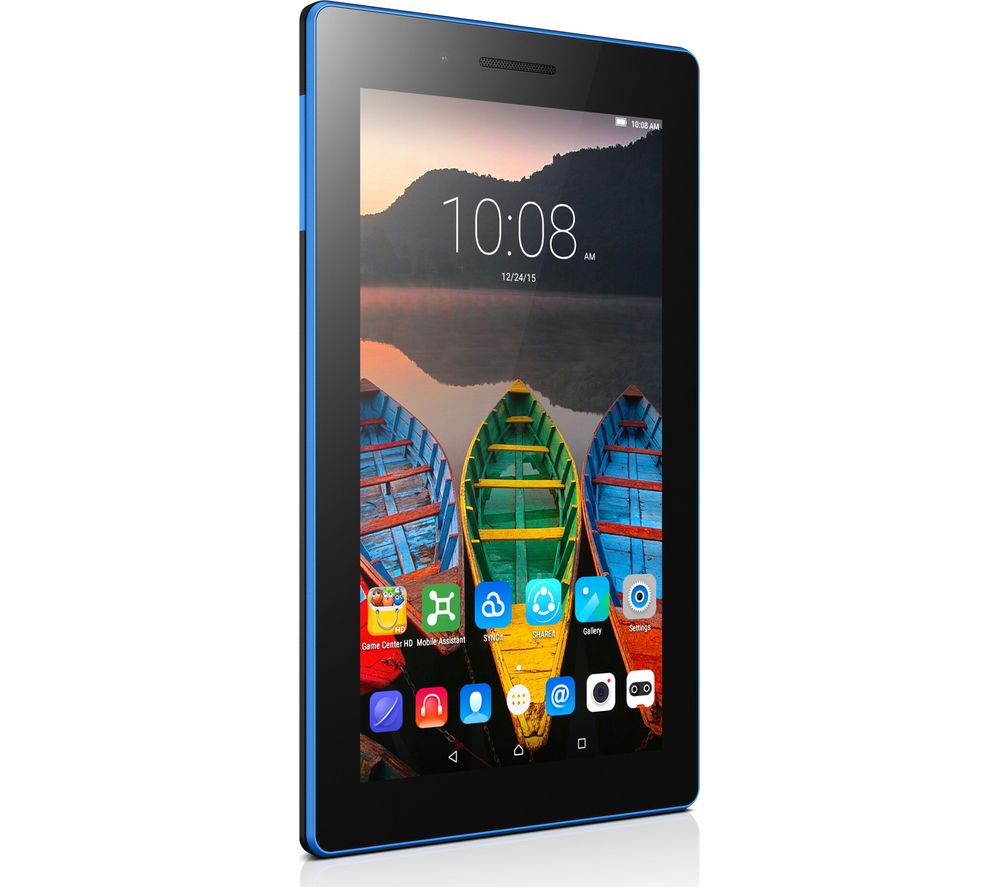 Great value for money tablet for all the family. Work, play, or just tap away on the Tab3 7 Essential’s 7 inch high-resolution (1024 x 600) IPS display. Two cameras are on board to capture all your memories. Use the low-res 0.3 megapixel Visio front camera for perfect sharable selfies and web chatting with your friends, and the 2 megapixel rear camera for higher quality images and videos. The Lenovo TAB3 incorporates the Android Lollipop operating system with a MediaTek® 1.3 GHz quad-core processor and, rather unusually, features built-in satellite GPS that works offline. 3G models are also available for a truly mobile experience. 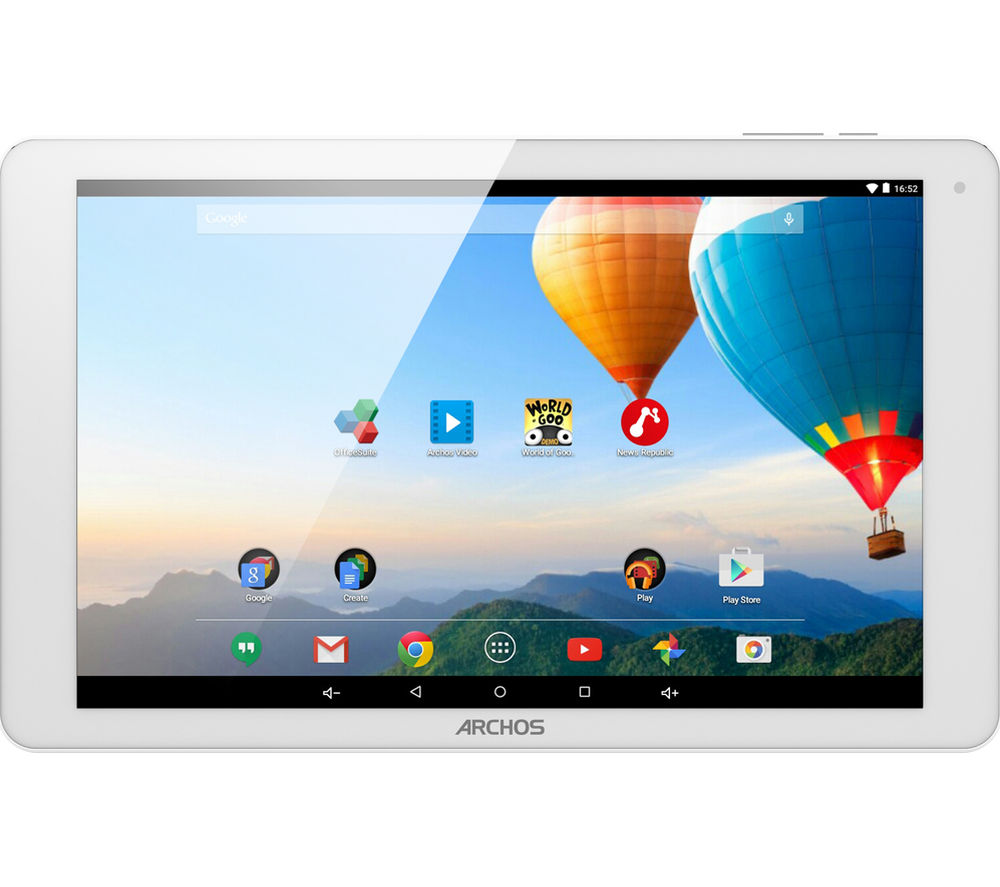 Now half the price it was when it first came to market in 2014, the Archos 101 represents good value for money. Easily connect to the internet wherever you are with the 101b Xenon. Alongside the ability to connect to WiFi networks, the tablet has dual SIM card slots to get you online using 3G by inserting a SIM card (sold separately). For added convenience, you can make calls with the tablet just as you would do with a smartphone. The 101b Xenon features a 10.1″ 1280 x 800 resolution LCD screen with IPS technology for vivid colours to bring your entertainment to life. It also incorporates the Android 5.1 operating system and 16 GB of storage space so you can easily keep a large number of photos, videos, games and applications. If you want to expand the memory, you can add up to an additional 32 GB of storage space by inserting a microSD card (sold separately). 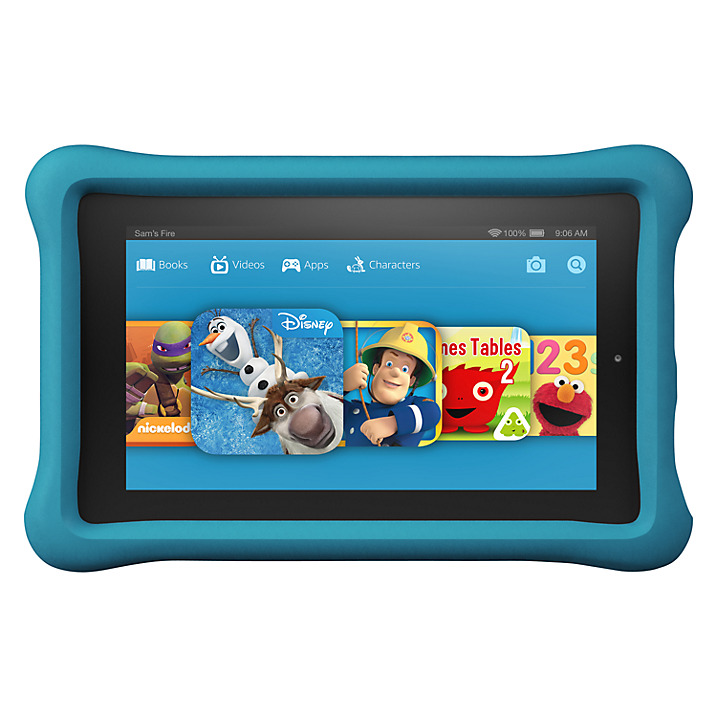 Like the Kurio Tab 2 featured below, this is a tablet designed essentially for children. Features include a kid-proof case in either pink or blue to protect from drops, bumps and more besides. 16GB of internal storage is provided as standard and a microSD slot allows you to add an additional 128GB of storage so the little ones can load more cartoons, music, photos and books to stay entertained on long journeys in the car. In addition to a 2Megapixel rear camera, there’s also a front facing VGA camera that can be used for Skype calls. Like other Amazon Fire products, the Amazon Fire Kids Edition runs on a customised version of the Google Android operating system. 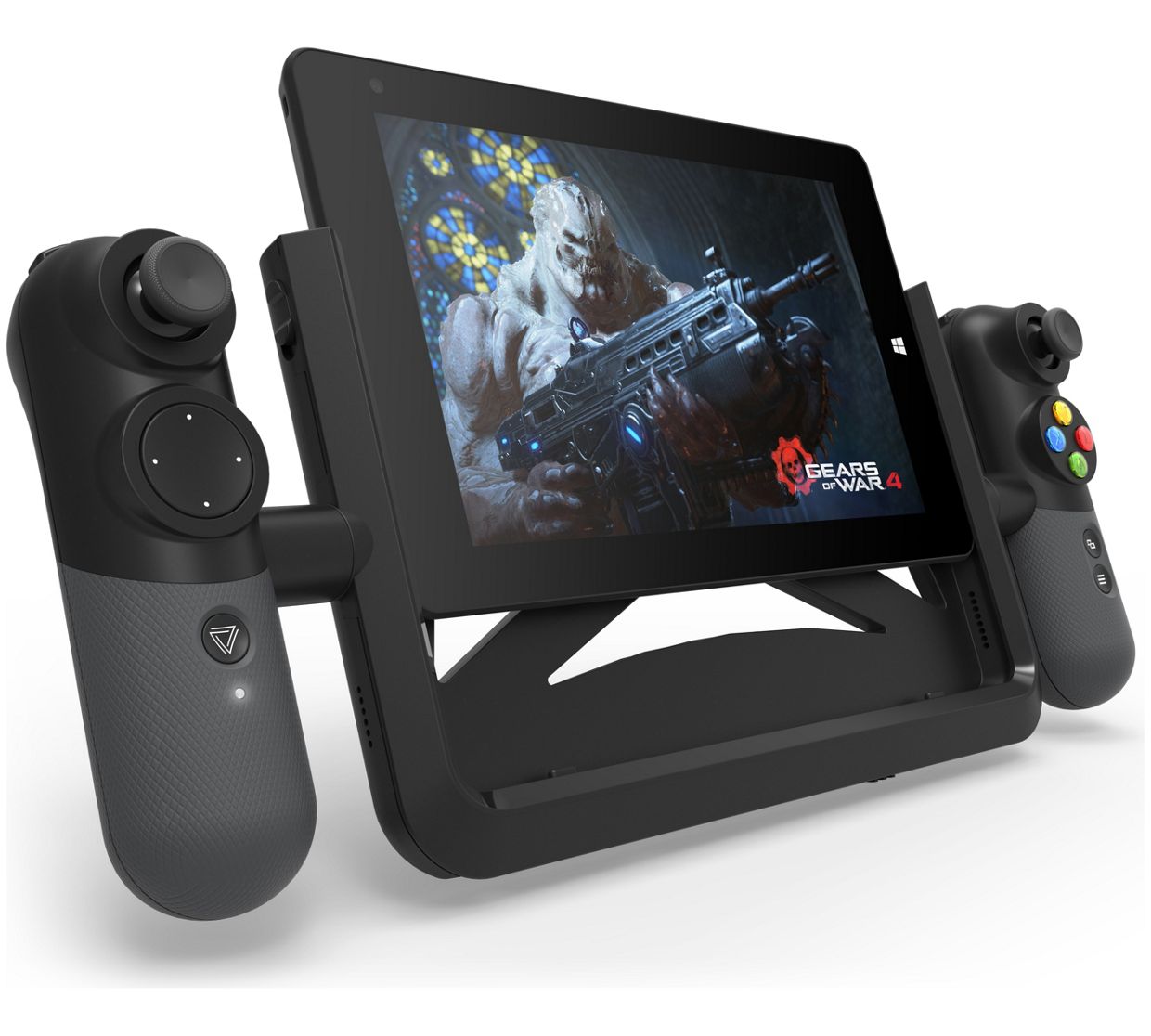 And now for something completely different. It’s a gaming tablet built specifically for the Windows 10 platform. Not only does it incorporate its own controller, it can also be used to stream Xbox One games from your console. Features on the 32 GB Linx Vision Gaming Tablet include Intel’s latest 64-bit atom Cherry Trail x5-z8300 processor and an 8inch display. From casual games to intense multi-player scenarios, this unusual gaming tablet has been designed to deliver high-intensity gaming experiences by using the power of Windows 10 in-house streaming for PC, Steam and Xbox One games. 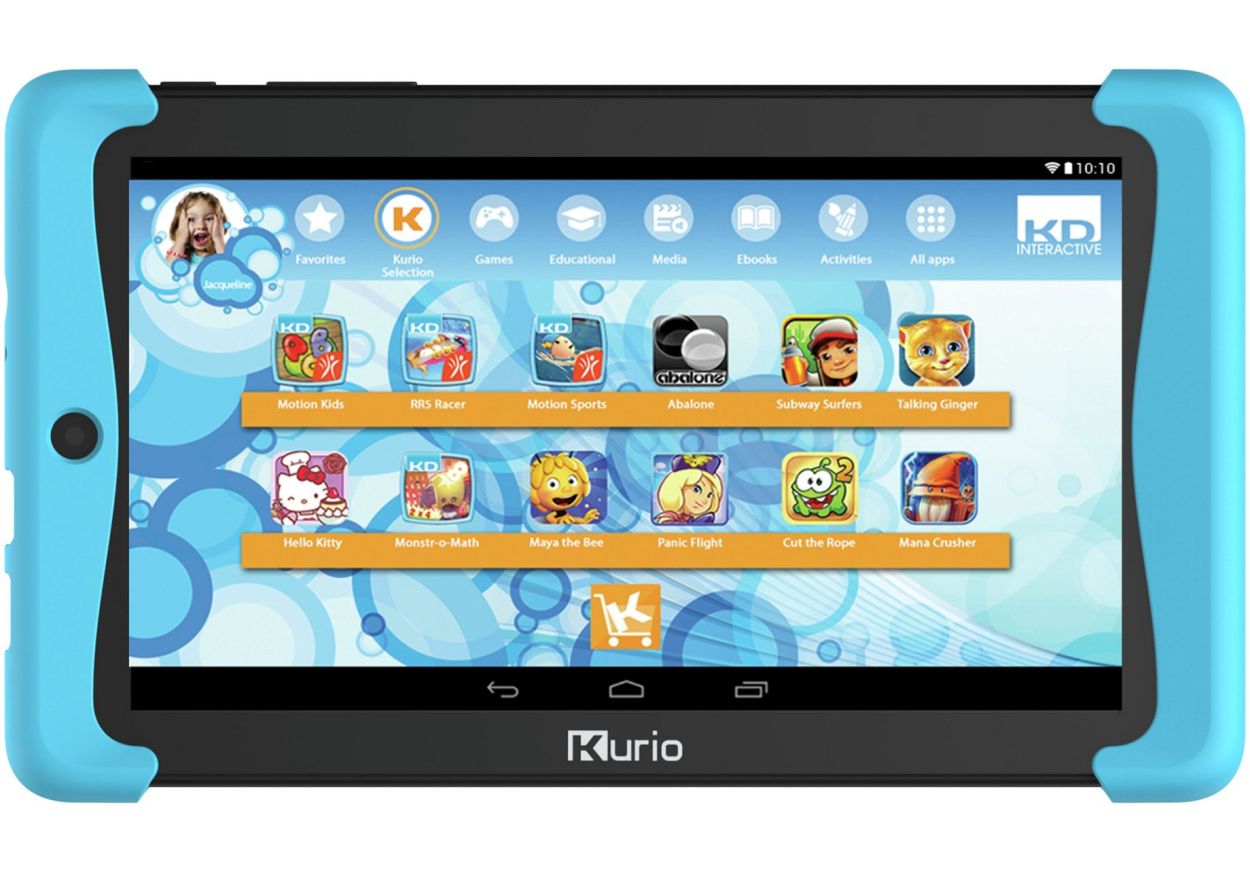 Aimed at children, Kurio Tab 2’s internet filtering system is designed to keep kids safe online. Parents can easily set the strictness of controls and manage apps by allowing or blocking them with time limits for play. Up to to 8 completely independent user profiles are available for different users. Each profile offers fully separate files, apps, web filtering, downloads and parental controls. On board is a quad core processor which allows for smooth web browsing, fast online video streaming and rapid downloads. Comes with built in stand, protective bumper, charger plug and USB cable. 8Gb memory is available as standard, expandable to 32Gb via Micro SD card slot. 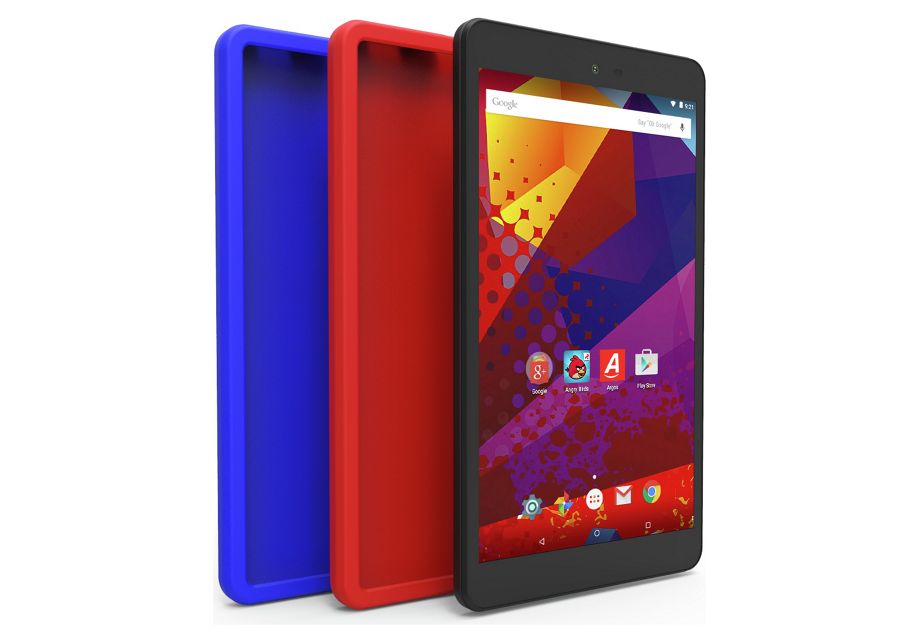 There’s certainly nothing fancy about this 8inch tablet from the budget brand, but it does the job. Update all your social media, play games, and enjoy TV shows on the clear 8 inch HD IPS display. Included is a mini HDMI out socket, so you can watch movies together on the big screen. There’s 16GB of internal storage but if you need more space to save all your photos you can use the micro SD slot to expand your storage. A handy parental control app means you can manage what content your kids can access while a 1.3GHz MediaTek mt8163 quad core processor and 1GB RAM provides all the power you need. It runs the Android 5.1 lollipop operating system. 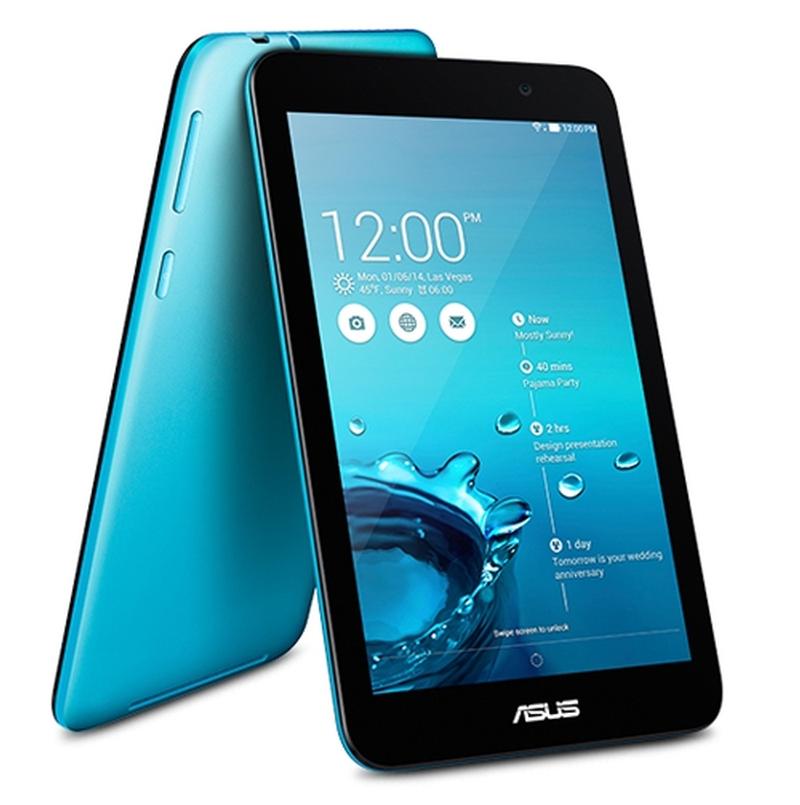 Created for those looking for a value tablet, the ASUS MeMO Pad 8 was originally £120 when it was launched in 2014, but can now be found online for nearly half that price. The powerful Intel quadcore processor can easily handle multiple, delivering up to 9 hours of web surfing and video playback from a single battery charge. Available in four colours (white, black, purple and gold), the ASUS MeMO boasts stereo speakers, 1280 x 800 display and a Micro SD card slot, expandable up to 64GB.