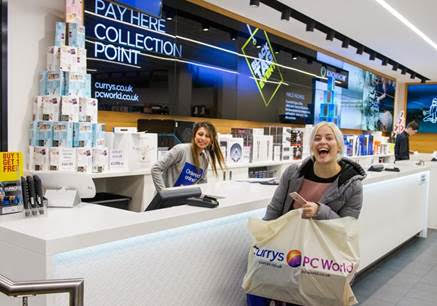 Seems that Black Friday is working for some electrical retailers (what you mean it’s Black Friday today, you should’ve mentioned it!). At least it seems to be working well for Currys PC World which his reporting its highest ever number of orders, up 40% on 2015, with over half a million visitors to the website pre-6am alone. Obviously some people can’t sleep.

At 5am, yes that’s 5am,  the electrical retailer saw its highest ever Black Friday mobile share of online traffic at 65%, up 13% against 2015’s peak.

Since the new wave of fresh Black Friday deals went live at midnight, Currys PC World has seen the Google Chromecast and the JVC 32C660 32” Smart LED TV prove to be the two most popular products with customers.

In the busiest hour of yesterday – 9pm until 10pm – during the company’s Black Tag promotion, Currys PC World was selling 23 large screen TVs per minute and received 102 online orders a minute.