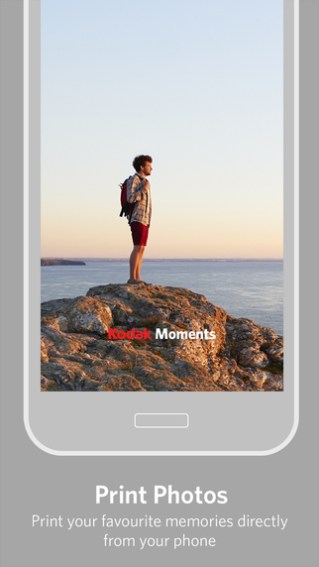 More than a third (35%) of Britons have lost photos from their smartphone, according to a study released today by imaging company, Kodak Alaris. People in the UK store an average of 651 photos on their mobile phones meaning that a potential 11.8 billion photos are lost in the ether. Yet they fail to take the necessary steps that could protect their valuable memories, the photo company claims.

The study marks the launch of the free, all-in-one KODAK MOMENTS App, which enables people to capture and preserve images before sharing on social media or immediately ordering prints for home delivery or collection from a store. In addition to simple prints, they can also create greeting cards, collages and photo books from the Kodak app (Apple iOS or Android) when connected to a KODAK Picture Kiosk.

According to the survey, one in 10 (13%) people don’t take any steps to protect their photos, whether printing, backing-up on a PC or posting to social media. And 78 per cent would print photos taken on a smartphone to put on display but are deterred from doing so, either due to a perception that photos taken on mobile devices aren’t good enough quality (31%), are difficult to get from a mobile to a printer (15%) or because they simply don’t know how to print from a mobile phone (19%).

Says Lee Palmer, Vice President of Kodak Alaris Imaging division, EAMER: “11.8 billion photos is a significant number and over a quarter of people were ‘devastated’ to lose their pictures. Considering we live in a digital world and are likely to have experienced some form of digital loss, be it a document, email or something as valued as photos, it’s surprising that so many people aren’t doing more to prevent themselves from having to deal with the frustration this causes. With the new KODAK MOMENTS App, there’s a solution.”