With less than a month to go until the General Election, Twitter UK has announced some new “hashflags” that will appear next to hashtags of party names. 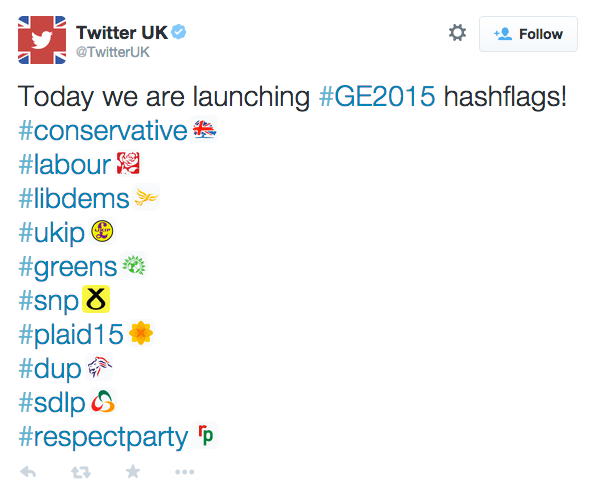 It isn’t the first time that Twitter has done this – it enabled similar “hashflags” for the World Cup last year. Getting political though is perhaps trickier business, as the company doesn’t appear to have added flags for some smaller political parties, including Sinn Fein and the Alliance in Northern Ireland.

Also, arguably the quality of each logo varies – with the UKIP logo much more prominent than the Liberal Democrats. Does Twitter have a duty to be fair and balanced?