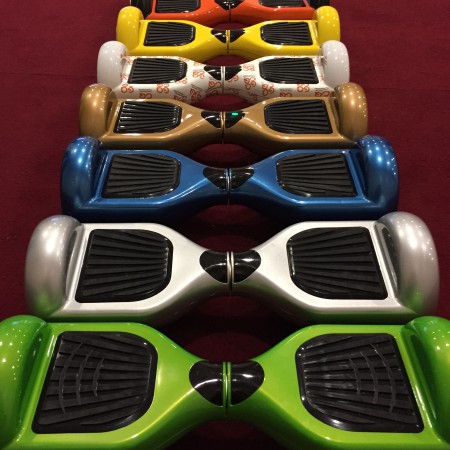 At Gadget Show Live at the NEC, personal transportation solutions – particularly electric scooters – were everywhere. You practically can’t move without being overtaken by someone wheeling around on what looks a bit like a 21st century skateboard.

Whereas once all the hype just used to be around the Segway electric scooters which you can’t ride legally in the UK now there are dozens of more affordable and lighter weight models in various designs which you can ride legally because they have a maximum speed below.

One of the new companies hoping to break into the market is Essex-based Smartrax which was demonstrating its range of personal transport solutions, including the a customisable two wheel model (pictured above) which you control with your feet to change direction, stop etc.

Costing £895, the S5 Predator weighs less than 10Kg and costs £895 plus £100 for your own customisable ‘skin’ (this can be any design you want from your favourite football team to your company logo if you are buying them for your company to whizz around on). Maximum speed is around 8mph which isn’t too swift but is still a decent running speed.

Other personal transport solutions demonstrated at the show include the Ninebot One which looks like a sort of modern day unicycle as well as a device that looks like a lightweight version of the Segway. 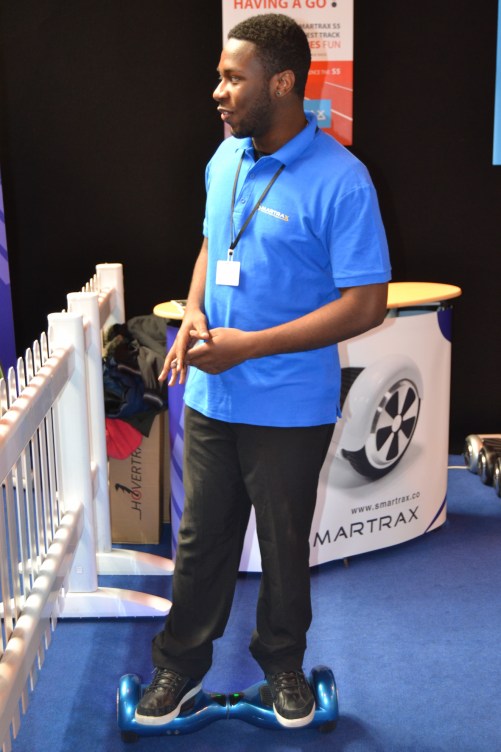