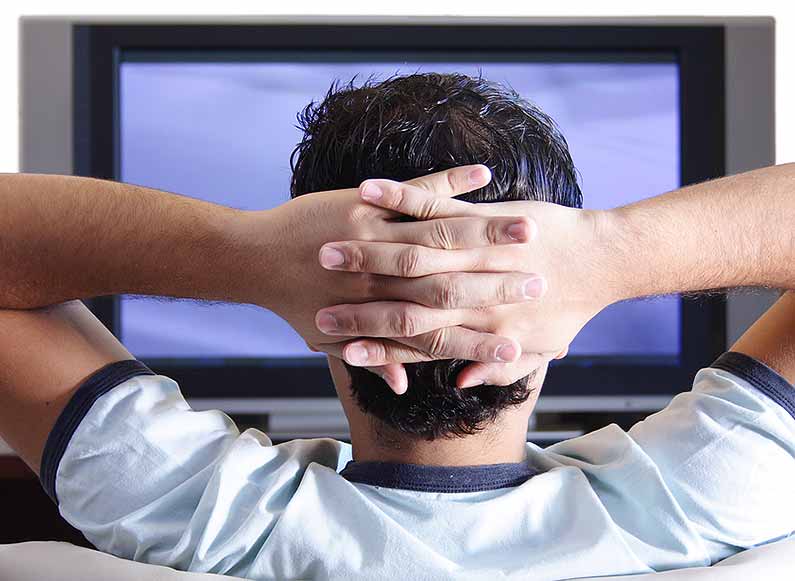 We now live in a world where there is too much choice for good entertainment – so many great films at the cinema, and so much terrific TV available. What to watch? We’re here to help, with some of the best offerings right now on Amazon Prime Instant in the UK.

Just a quick tip – if you and you’re family like to watch Netflix or Prime together, you might want to try watching a movie outdoors to switch things up. 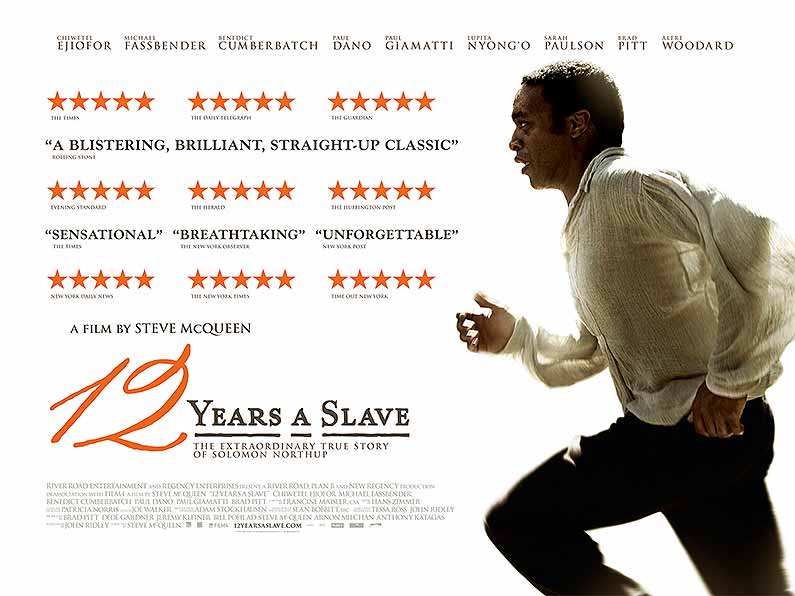 From British director Steve McQueen comes the award-winning drama about one man’s fight for freedom. The film tells the true story of Solomon Northup (Chiwetel Ejiofor), an African-American who is kidnapped and sold into slavery. Taken to New Orleans, he is given a new name and sold to William Ford (Benedict Cumberbatch), a relatively empathetic slave owner. But confrontations with the cruel and violent overseer John Tibeats (Paul Dano) lead to Solomon being passed on to the abusive planter Edwin Epps (Michael Fassbender). The film won three Academy Awards, including Best Picture, Best Supporting Actress (Lupita Nyong’o) and Best Adapted Screenplay, and won the Golden Globe for Best Motion Picture – Drama and BAFTAs for Best Leading Actor (Ejiofor) and Best Film. 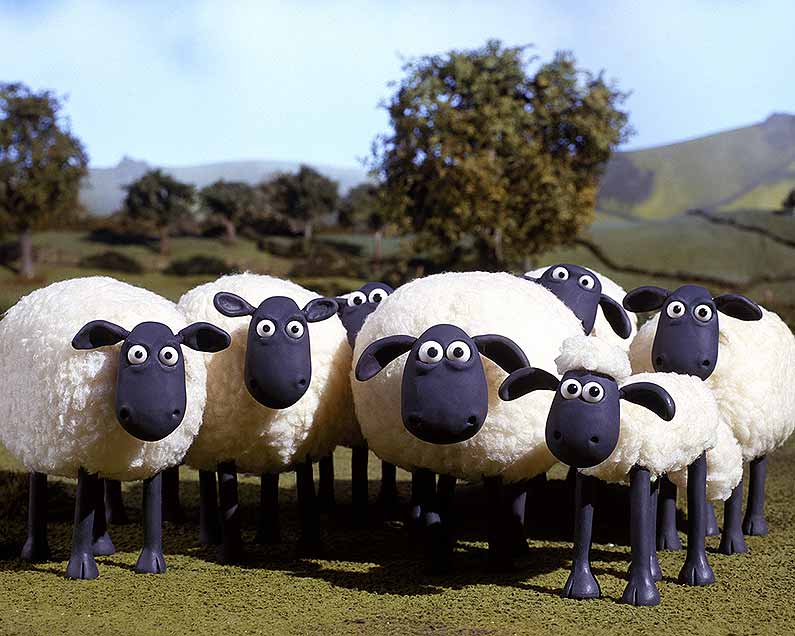 With the film due soon in cinemas, what better time to catch up on the antics of Shaun and his flock of pals? From the brilliant folk at Aardman Animation – the creators of Wallace and Gromit – here are all 40 episodes from the first series of the TV show. Join mischievous Shaun and the rest of the gang as they try to pull the wool over the eyes of the farmer and his trusty sheepdog, Bizter. 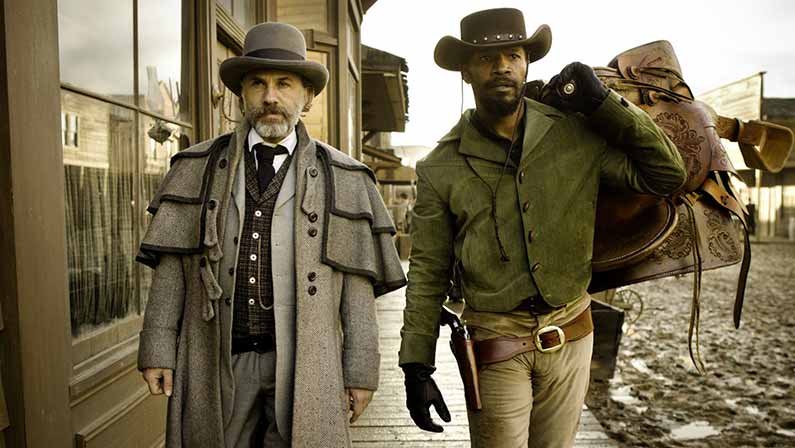 A “western” of sorts from Quentin Tarantino. Django (Jamie Foxx) is a freed slave, who, under the tutelage of a German bounty hunter (Christoph Waltz), becomes a bounty hunter himself. After taking down some bad guys for profit, they track down Django’s slave wife (Kerry Washington) and liberate her from an evil plantation owner (Leonardo DiCaprio). It’s a savage, brutal and often funny film that is easily one of Tarantino’s best since Pulp Fiction.

Based on the DC Comics Green Arrow stories, Arrow has been reinvented for a modern audience as a hard-hitting action series. After being marooned for five years on a remote island, billionaire Oliver Queen (Stephen Amell) returns home with a mysterious agenda and a lethal set of new skills that he uses in a war on crime. After suffering unimaginable ordeals on the island, Oliver returns to Starling City a new man – sworn to bring justice to those who’ve corrupted his city. 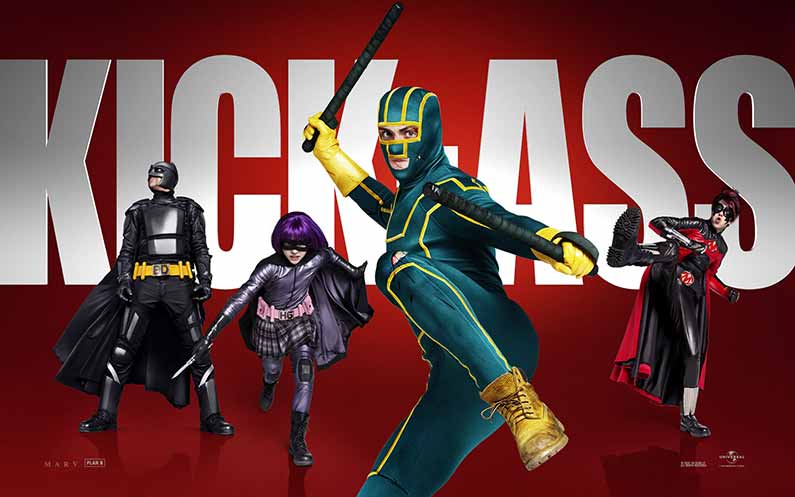 The premise of Kick-Ass is simple: a geeky teenager decides to become a superhero. Step one: get the outfit. So far, so Batman, but Kick-Ass – aka Dave Lizewski (Aaron Johnson) – doesn’t have Batman’s resources, cash or panache, which is why his first outing dressed in his savvy green wetsuit results in a trip to hospital. With stab wounds. Undeterred, Dave continues his DIY superhero endeavours, becomes a YouTube star, and discovers he’s not the only one. Dave meets up with a pair of crazed vigilantes – 12-year-old sword-wielding dynamo Hit Girl (Chloë Moretz) and her father, Big Daddy (Nicolas Cage) – and forges a friendship with another fledging superhero, Red Mist (Chris Mintz-Plasse). But thanks to the scheming of a local mob boss Frank D’Amico (Mark Strong), that new alliance will be put to the test. Kick-Ass is fast-paced, energetic and action-packed. Part superhero adventure, part high-school drama, it will have you alternately cringing, cheering and clutching your seat. It’s funny, it’s exciting, it’s violent, and it’s most definitely hard and clever. Watch it. 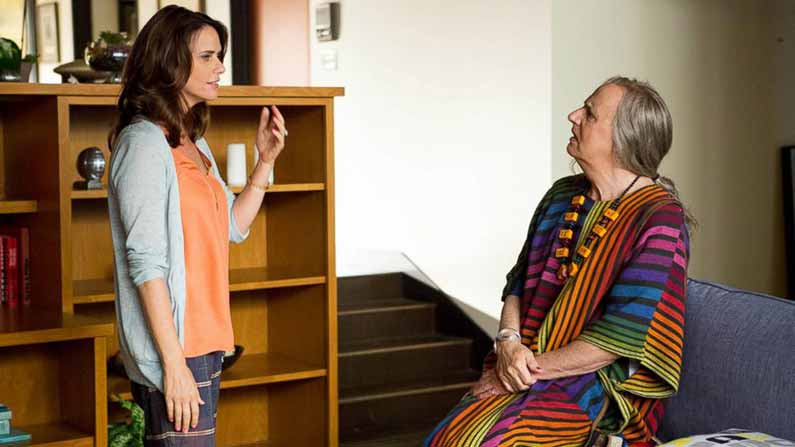 This Amazon Original Series became the first online TV show to ever win a best TV series Golden Globe. And lead actor Jeffrey Tambor was awarded the Golden Globe for Best Actor in a comedy TV series. The story revolves around an LA family with serious boundary issues who learn that father Mort (Tambor) is transgender and now wants to be known as Maura. The series also stars Judith Light, Amy Landecker, Jay Duplass and Gaby Hoffman. 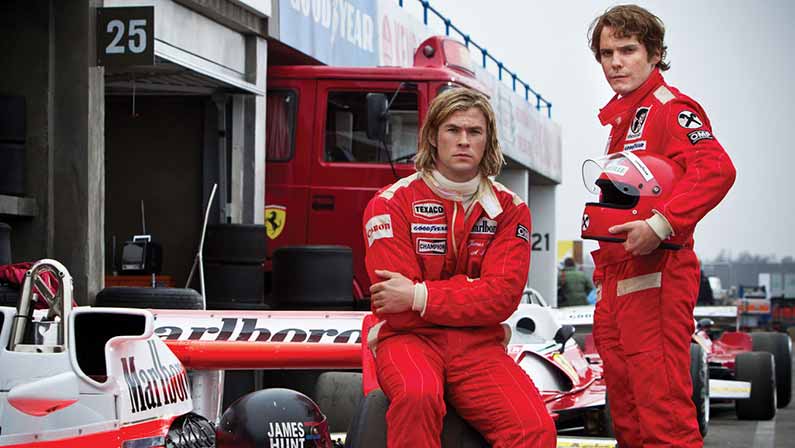 Rush dramatises the rivalry, both on the track and off, between Formula 1 drivers James Hunt (Chris Hemsworth) and Niki Lauda (Daniel Brühl) during the 1976 World Championship series. The true story of that 1976 season – at least Lauda’s and Hunt’s parts in it, especially Lauda’s near-fatal accident – is well known. So where are the drama and suspense in that? Fortunately, director Ron Howard and his team are on fine form here, taking the real-life evens and making an energetic and exciting film. Aided by a cracking script from Peter Morgan, Rush is a perfect, high-octane piece of entertainment. 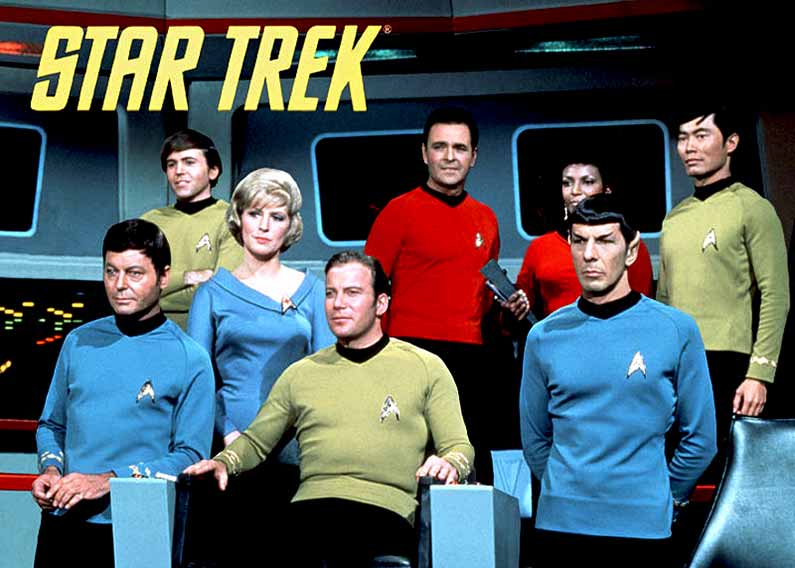 Yes, the original Star Trek series – which initially ran from 1966-68 on the NBC network in the US – has been dusted off and given a shiny new HD coat of paint. So you can once again enjoy the voyages of the Starship Enterprise and the original adventures of Kirk, Spock, McCoy, Scotty and the rest of the crew as they boldly zoom around the galaxy fighting Klingons, exploring strange new worlds and bedding pretty green women … all looking better than it ever has before. 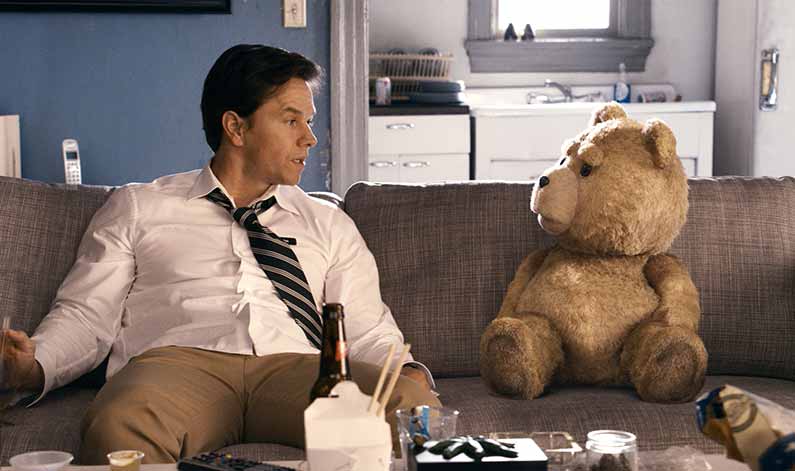 From Seth MacFarlane, creator of Family Guy and American Dad, comes Ted – the story of a grown man and his teddy bear. When friendless 8-year-old John Bennett makes a wish that his Ted was alive, his wish comes true. Now a grown man, John (Mark Wahlberg) still has his best buddy (a brilliant CGI creation voiced by writer-director MacFarlane) by his side. But John and ted are nothing but big kids – they’re unmotivated layabouts who would rather do nothing more than swill beer, smoke dope and watch TV. When John’s girlfriend Lori (Mila Kunis) finally forces him to choose between her and the bear, Ted has to move out and try to make it on his own. It’s often rude and crude, to be sure, but Ted is a very funny movie with a genuine heart. 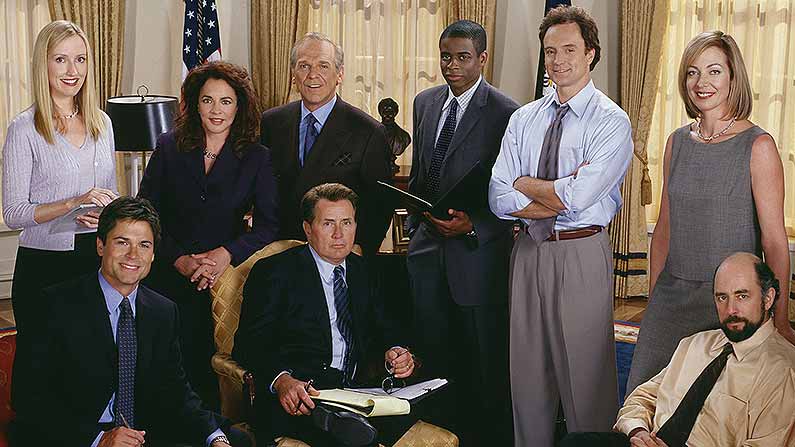 Created by Aaron Sorkin, the critically-acclaimed The West Wing is an intimate look at an American President and the inner workings of the White House and the US political system. The series is set during the fictional Democratic administration of Josiah “Jed” Bartlet, played with aplomb by Martin Sheen. The show, which first aired on NBC in 1999 and ended its seven-year run in May 2006, won three Golden Globe Awards and 26 Emmy Awards. 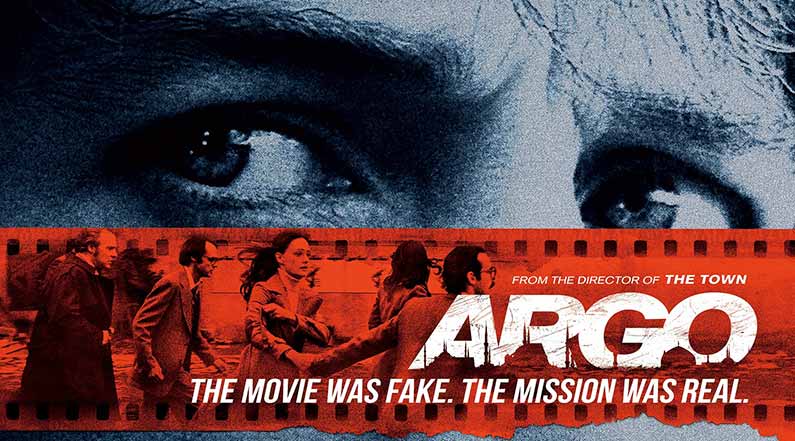 Argo is, by turns, both a dramatic thriller and a comedy. Set against the Iranian hostage crisis of 1979, the film chronicles the covert operation to rescue six Americans, focusing on the little-known role that the CIA and Hollywood played – information that was not declassified until many years after the event. The initial scenes of the revolution and takeover of the US embassy are played straight, as they should be. And the scenes later in the film involving the “caper” and extraction of the six are as nail-bitingly tense as any thriller can be. The major star here, both in front of and behind the camera, is Ben Affleck. So long a Hollywood joke, Affleck has had a major career turnaround as a director, first with Gone Baby Gone and then The Town. With Argo, he cements his place as one of the best film directors working in Hollywood today. 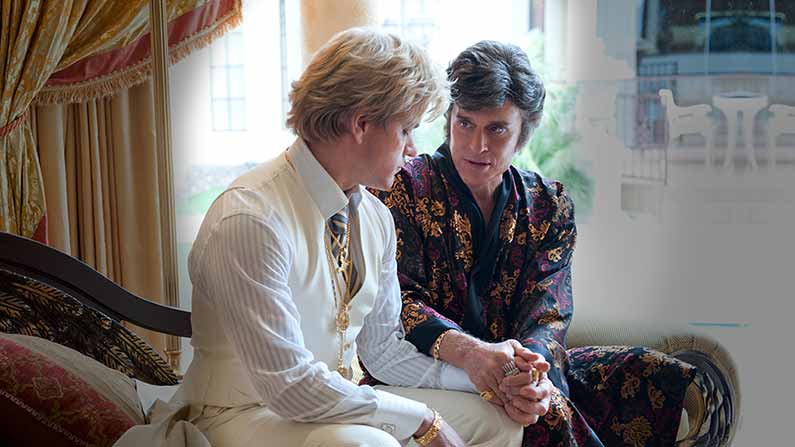 A made-for-TV HBO film, Behind The Candelabra is one of director Steven Soderbergh’s best works. Set during the final decade of Liberace’s life – the film opens in 1977 and concludes with hiss death from AIDS in 87 – it uses many of the biopic tropes, while adding plenty of drama, humour and frisson. But more so than the story, this is an actors’ film, and the performances all round are outstanding – particularly from Michael Douglas as Liberace and Matt Damon as Scott Thorson, a young animal trainer introduced to Liberace by a mutual friend who becomes Liberace’s secretary, assistant, chauffeur, toy boy … and lover. Both put in amazing and brave turns. Douglas has never been better and is spot on as the ageing entertainer who just wants to be loved.