Samsung has announced that its 2015 range of Smart TVs will run its own proprietary Tizen operating system – rather than Android TV. 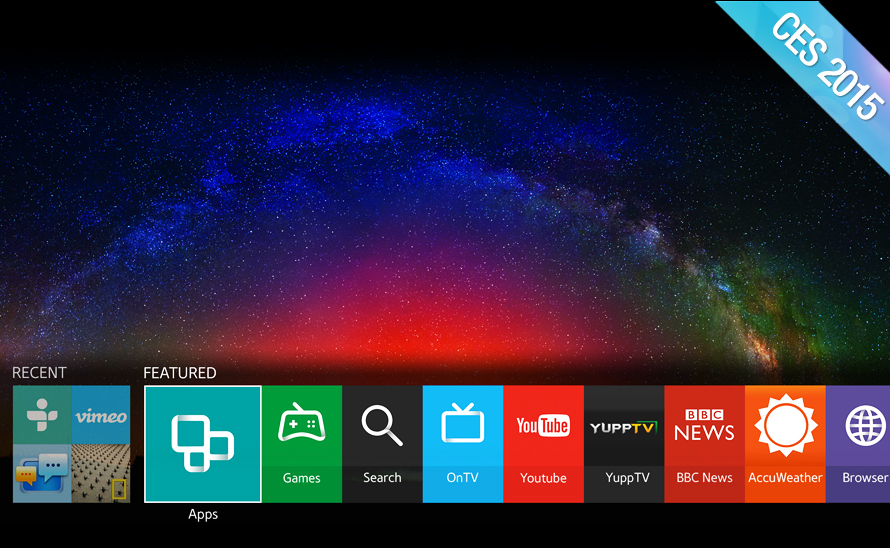 The move isn’t hugely surprising – for ages Samsung has been trying to push Tizen on to consumers using its products, despite it being an OS that nobody wants or needs. Having given up on building a Tizen phone and nobody seeming to care about its Tizen smartwatches, this is another attempt at giving the OS a purpose that will set it apart from Android.

The problem, essentially, is that Samsung really wants to control a platform, as that will give it a more irreplaceable role in the tech landscape, and to be fair, Smart TVs might be a good place to make that in-road: Whilst Google has cleaned up on mobile and tablet, smart TVs aren’t quite as mature – and Google’s expected hegemony could be challenged (Android TV hasn’t taken off massively yet either).

In any case, it sounds as though Samsung has some interesting ideas. Tizen TVs will come with a feature called “Wifi Direct”, which will let you beam content to your TV – but also beam TV to your phone to watch in other rooms. It will also support Sony’s game streaming Playstation Now service.

We’ll presumably hear more at CES, which kicks off in a few days.