First of all, you’ll need an Xbox 360 PC adapter – like the one pictured below. Note: The USB power cable that came with your Xbox 360 won’t work as it only transmits power, and not your button presses. So you’ll need to buy the specialist adapter. 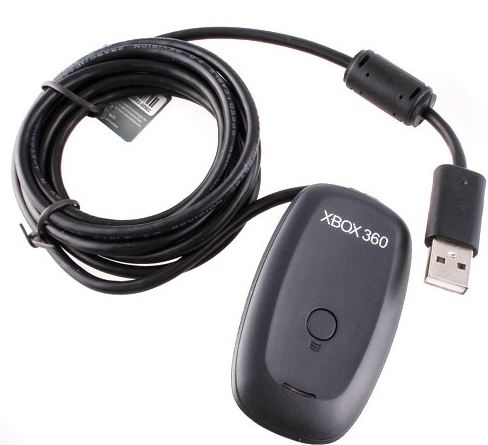 Simply plug it into your PC and it should install the drivers automatically. But to make it work, you’ll need to install the specialist controller software.

You can download this on the Microsoft website here (or here if you’ve got a rare wired controller).

One that software is installed, simply power on the controller and press the button on the wireless dongle you just bought. Hit the “connect” button on your 360 controller and the two should pair.

Once the two have paired you should be able to game with your controller – just make sure you have it set up correctly in your game’s settings.

Note: You can’t have the 360 controller paired to your Xbox and PC simultaneously – you’ll have to re-connect to the 360 when you decide it is time for some console gaming again.