Last night at the Consumer Entertainment Show in Las Vegas, it was time for Samsung to take centre stage, and reveal to the world what it has been working on for the last year.

The audience sat in awed silence as they waited to hear what the executives had to say. When suddenly -WHOOSH! The gigantic display at the back of the stage changed to fast paced animation – SWOOSH! – in scant seconds pictures and words began to emerge.

A hidden door at the back of the stage opened up and as by magic out slid… a dishwasher, oven and a fridge. 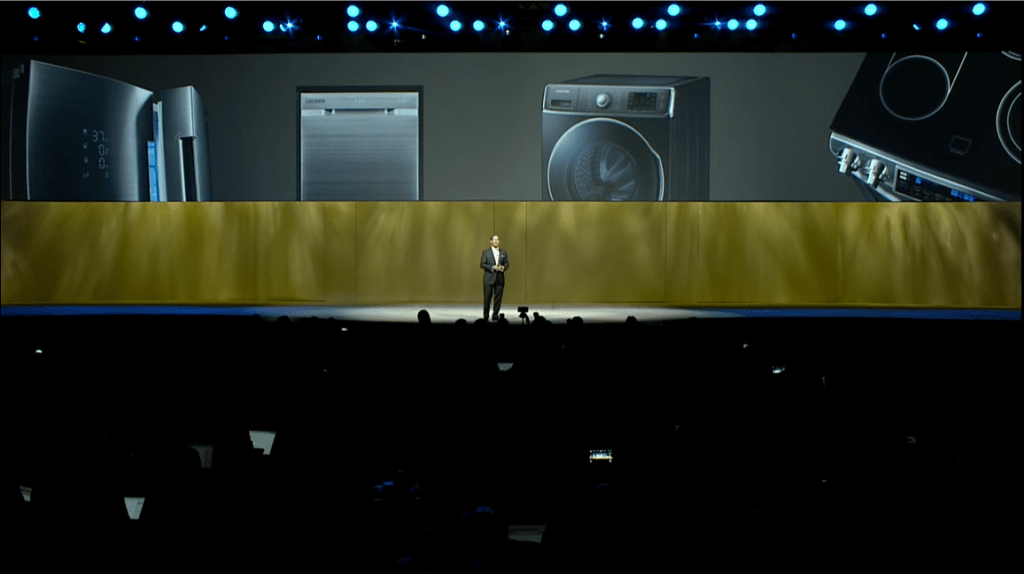 Some time over the last few years, something went badly wrong. Why the hell are thousands of journalists waiting with bated breath in order to catch a glimpse of a dishwasher? We’re used to it for iPhones… but really… an oven?

“But this one has virtual flame technology”. Shut up.

I mean, arguably there isn’t much difference between this and an iPhone reveal. Except one is a phone. And one is a fucking oven.

How much money must this presentation have cost? Sure, it is private money and Samsung can do with it what it likes, but I can’t help but think when I see executives in suits, in immaculately timed presentations that the people who use the phrase “late capitalism” to describe the current epoch might actually have a point. 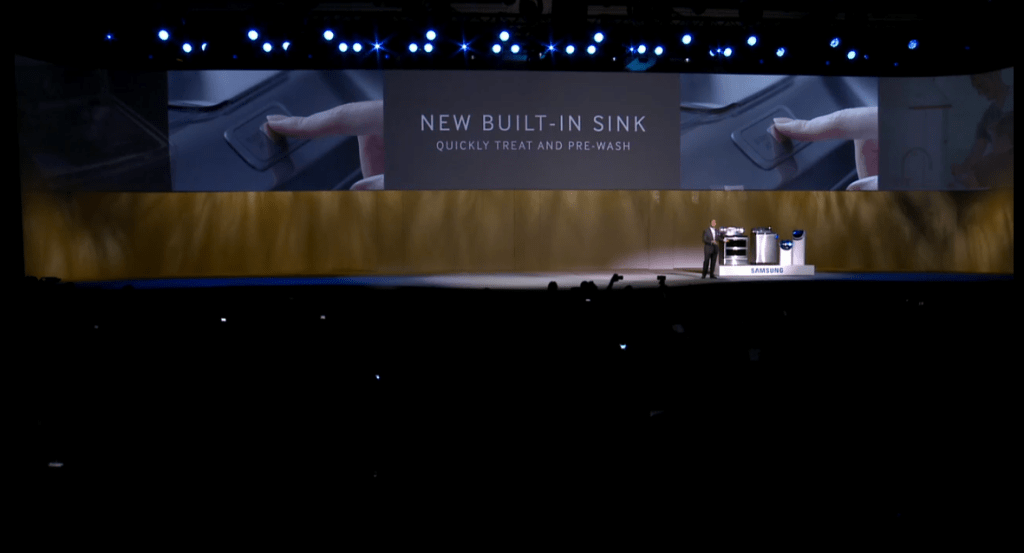 “But this dishwasher has a built in sink!”. Sigh.

The “internet fridge” has long been the butt of the joke for people commenting about technology being completely ridiculous – and yet Samsung still persists, having this year upgraded its T9000 model. Maybe, just maybe, the internet fridge will prove to be as important to human development as Guttenberg’s moveable type, but I can’t help but feel that the weirdest thing about the Connected Home is that – inexplicably – journalists excitedly write-up the latest washing machines.

Don’t get me wrong, the internet of things is important – and chances are when I do finally get a washing machine that connects to my wireless network I’ll swear by it, but please can we stop these regular pantomimes and not treat these products like they’re the second coming of Christ? Let’s save the next audio visual spectacular for when someone invents a real life Iron Man suit, okay?