This year’s CES show, currently underway in Las Vegas, has an abundance of TVs. All of the major manufacturers are there, promising the brightest, widest and curviest displays in history. We’ll hear plenty of talk of OLEDs, Quantum Dots and contrast ratios – but something more important has happened on the inside of the sets. Finally we have some consistent standards. 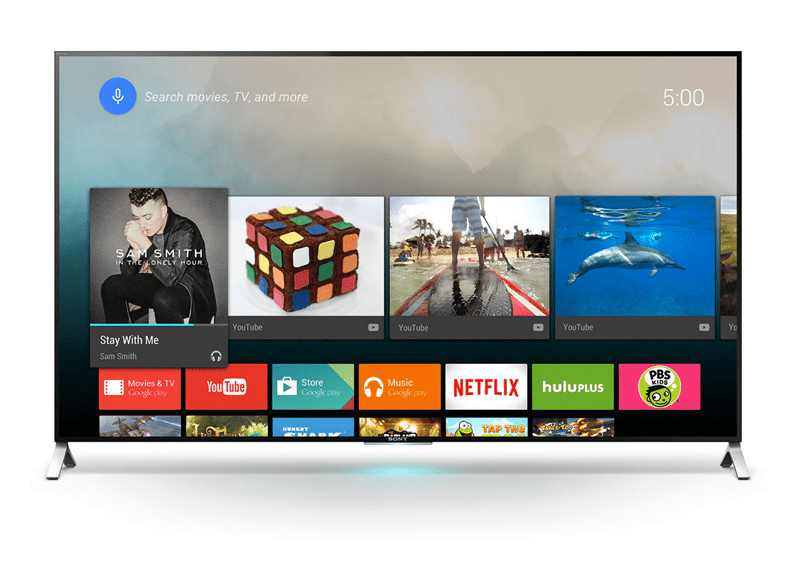 We’ve had Smart TVs for a few years now, but broadly they have been a bit like smartphones prior to the iPhone: In other words, though you might be able to get your iPlayer or Netflix, support across TVs was complex and patchy, with it not entirely clear from one TV or the next whether it will support the service that you’re looking for. Worse still, every TV maker had slightly different platforms meaning that if you were a content provider (say, Netflix), then you would have to build a separate (or at least significantly re-tested and re-configured) for each manufacturer. Which is a staggeringly inefficient thing to do. Whilst doing something like this for the big players – like Netflix – might be time consuming and costly, but affordable, it means smaller players, like upstart on-demand service Wuaki TV has to pick and choose which device it spends money putting its services on.

Over the past couple of days though we’ve had it confirmed that finally all of the major manufacturers are coalescing around only a handful of major platforms: LG TVs will be running WebOS, Samsung will be running Tizen, and Sony, Phillips and Sharp are going for Google’s Android TV platform.

In other words, TV has become similar to phones. Just like how Android apps on mobile phones will work on any Android phone, apps built for Android TV won’t have to be built separately for Sharp, Sony and Phillips. Same for Tizen and WebOS too.

It isn’t quite perfect – if I had my way I’d insist that Samsung and LG just give in and switch to Android TV too, but their respective executives must think the companies are big enough in the TV space to have a go at establishing their own platform. It’ll be interesting to see if either would license their software to other manufacturers in order to grow the platform’s userbase.

But the fact now that we’re down to three platforms – down from somewhere between “ambiguous” and “loads” – means that we’ve reached an exciting point in the evolution of the Smart TV. The boundaries of the playing field have finally been painted on – which means that developers can finally get to work playing on it.

Hopefully, this will lead to an explosion of new and innovative apps designed for TV, just as it did for phones. Could our TVs become games machines without the need for a Playstation? Could they become dashboards or noticeboards for our houses? Perhaps the future “killer app” hasn’t been thought of yet.

If you’ll allow for some wild speculation, now we have workable Android on our TVs, would it not be within Sony’s interest to switch the PS4’s operating system to Android TV? So it can run thousands of new apps without developers having to build specifically for the PS4 – whilst still allowing the running of regular high-powered Playstation games too?

One thing is for sure though – now that there is proper platforms, it will empower developers – from the bedroom to the corporate boardroom – to build apps, so our TVs might finally reach their full potential.