Older readers will remember the early days of the Apple Macintosh computer – the 128K computer that was released in January of 1984. 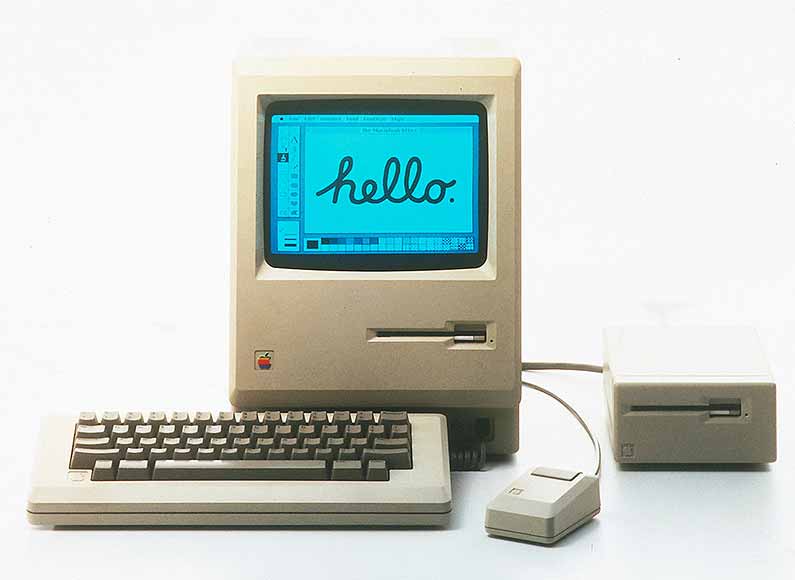 The original Apple Macintosh PC – with its beige case and built-in, 9-inch black-and-white CRT monitor – was considered ultra-modern and pretty powerful back then.

It ran on a Motorola 68000 microprocessor at 7.8336MHz, with 128KB of RAM. The monitor had a resolution of 512×342 pixels, and the single-button mouse and keyboard plugged in to the back of the unit, along with peripherals such as a printer, modem or external floppy drive (there were two serial ports). There was no hard disk drive, but there was a 400KB, 3.5-inch floppy disk drive built in.

Those were the days.

The people at the German tech site CURVED/labs certainly remember the classic Mac with fondness – so much so that they have come up with a design for a modern iMac that harks back to the original. 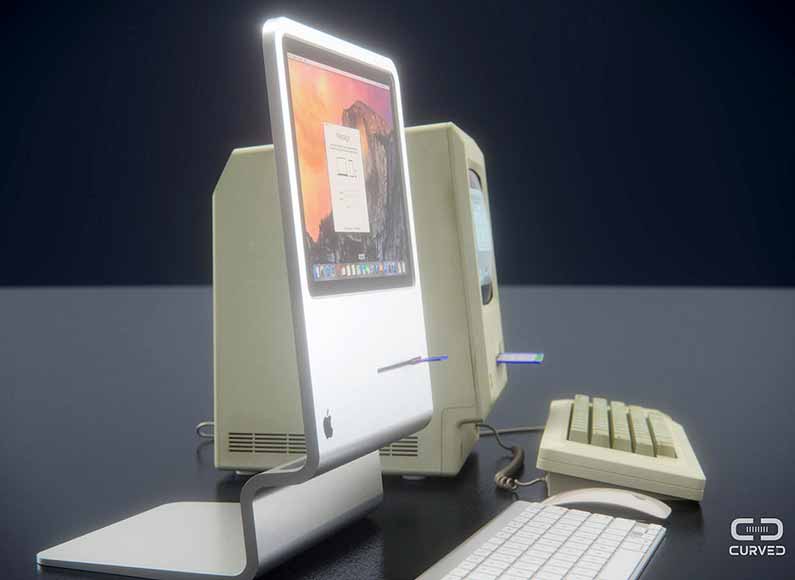 Essentially, the design uses the box shape of the early Apple Macintosh machines but gives it a makeover with the feel of a new MacBook Air.

The site says that the technological basis for the CURVED/labs-Mac are components of a current Macbook Air with an 11-inch screen.

“However, we have transformed it into a touchscreen: You can choose whether to control it via mouse and keyboard or directly type directly on the 11.6 inch touchscreen.

“An SSD flash memory with 128 gigabytes of storage is build in, either 4 or 8 gigabytes of memory are available. The CPU is the latest i7 chip from Intel. The casing is of course made of the same high quality as used for the aluminum Macbooks, iPhones and iPads. The back of the Mac features an illuminated Apple logo.”

It’s a lovely idea, this blend of old and new, so let’s hope that Apple takes a look and has a think about putting it into production.

You can see the full range of pictures at the CURVED/labs website.