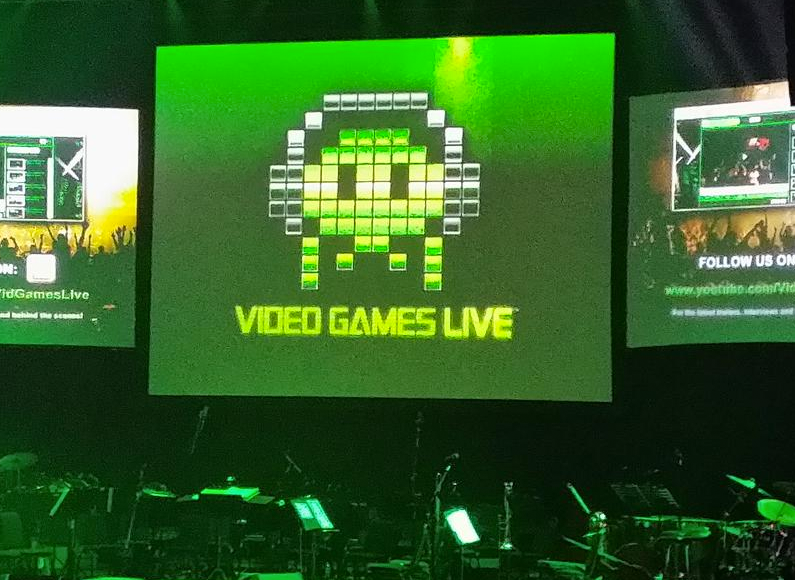 What happens if you take a full orchestra, the sounds of Final Fantasy, Metal Gear Solid and Zelda, and 3000 video gamers? A really fun night out, it turns out.

Video Games Live, the stage show created by game composer and former TV presenter Tommy Tallarico has been going for a few years now – and last night it was back at the Hammersmith Apollo in London after an absence of six years. And it certainly made up for lost time.

The premise is pretty simple: It’s all of the music you love from games, but played by a full orchestra. Mercifully though, rather than expect the audience to be buttoned into tight dinnerjackets and have them applaud lightly following each movement, the rules were a little bit looser: The audience were asked to clap, cheer and celebrate a mutual love of videogames however they saw fit.

Because the show was in London, it seemed to allow Tallarico to put together a bigger and more star-studded show than usual, with guests including electric game cover band Random Encounter, who played a medley of songs from the Zelda series (including the main theme and the Song of Storms), and veteran Sega composer Richard Jacques playing some of the tunes from 2010’s James Bond 007: Blood Stone.

Grammy award winning Journey composer Austin Wintory also showed up to conduct the score to his game, and

#videogameslive was great. Very different to DW or any FF shindig, but played some great songs from great games pic.twitter.com/HT4m1ZEaip

The Hungarian Virtuosi Chamber Orchestra of course did all of the heavy lifting during the evening – and the choir really mastered the Gregorian chanting during the Halo theme.

Now everyone knows that at the end of Last Night of the Proms it is traditional for the audience to join hands in an a capella rendition of Auld Lang Syne – towards the end of VGL, the audience updated this tradition, instead performing an unplugged version of the Mario theme. Brilliant.

The ‘ending’ of the show saw a song from Final Fantasy VII greeted by massive cheers, before an encore featuring Chrono Cross, Street Fighter II and finally an audience singalong with the song Still Alive from Portal – complete with Tallarico on acoustic guitar and joined again by Taylor on vocals.

It was a really enjoyable evening – and an uplifting one too. The last few months haven’t been the most edifying for the games playing community, so it was good to be reminded of many of the positive reasons people play games. If Video Games Live comes to your town, then be sure to check it out.

One thought on “REVIEW: Video Games Live in London”