TT Games has already re-created the worlds of Star Wars, Indiana Jones, Lord of the Rings and many other franchises in Lego… but could Jurassic Park be next? 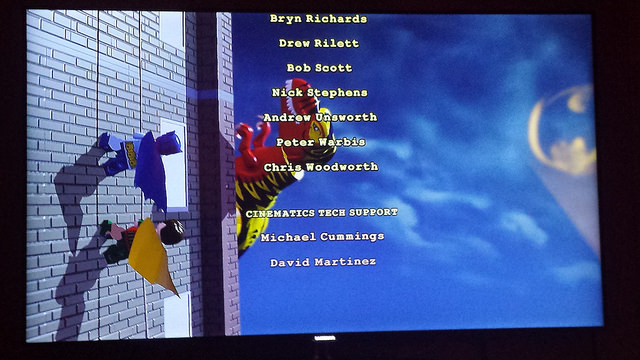 Lego fansite The Brick Fan has spotted a hint during the credits of Lego Batman 3. Whilst the credits roll and Adam West’s Batman climbs the side of a building, a dinosaur pops out – something which certainly isn’t Batman canon.

To add weight to the speculation, it has recently emerged that Lego will be producing toys based on next year’s Jurassic World film (the fourth in the series), so surely its a safe bet we’ll get a Lego game to go along with it?