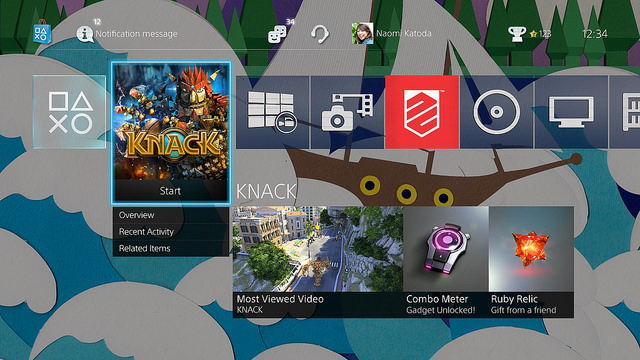 Sony has announced details of what’s going to be in the forthcoming v2.0 release of the PS4 system software.

The big news is probably Share Play: The ability to stream your game to a friend, and have them takeover remotely. Think passing the controller – but to people over the internet. Ideal if your friend can get you past that particularly tricky bit you can’t do.

Sony has also added support for YouTube (watching and streaming, we hope), and themes – so you can do away with the blue and make things a bit more personalised.

It isn’t immediately clear exactly when the update will be available, but we’re expecting “soon”.