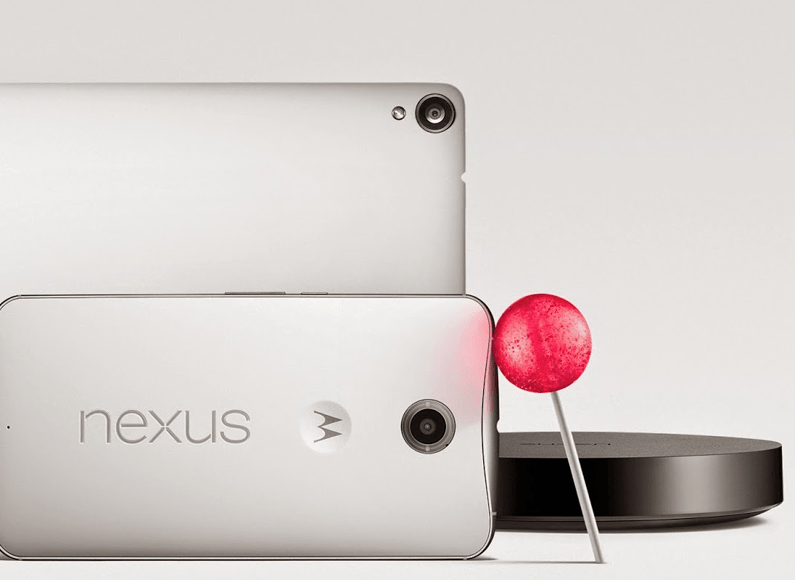 Last night Google did away with the glitzy press conference and simply sent out the details online on the Nexus 6, Nexus 9 and Nexus Player. Read on to find out all of the details!
[/nextpage] [nextpage title=”Next”] 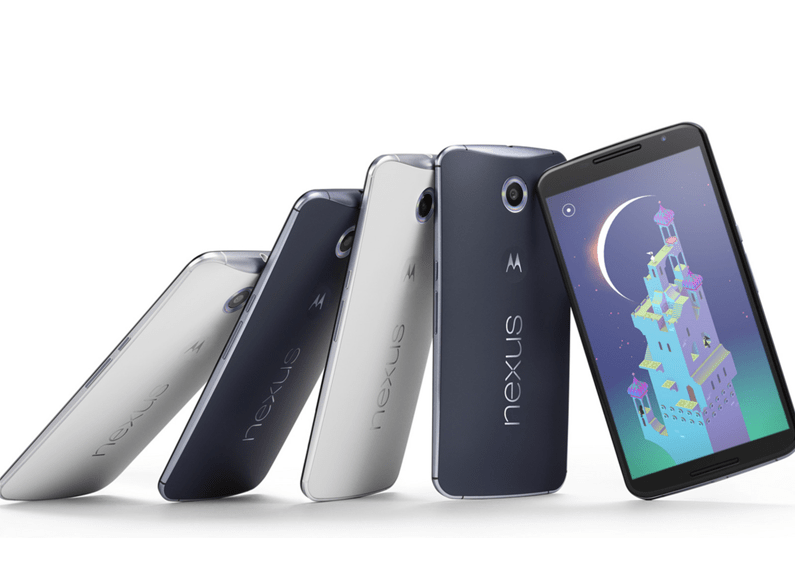 Take a look at the Nexus 6, which looks set to be Google’s purest Android experience with none of the extra crap Samsung or other manufacturers tend to load on.

the Nexus 6 has an even larger screen than the Nexus 5 – coming in at, umm, 5.96″ (ALMOST 6″), and has dual front-facing speakers. It is powered by a 2.7ghz quadcore Snapdragon 205, and the rear camera is an impressive 13MP. The front facing camera is 2MP.

Perhaps most interestingly, Google is making big battery claims about the phone: Claiming that you’ll be able to get 6 hours use from 15 minutes charging and a full charge will get you a whole 24 hours. (To think we live in a world where this is something to boast about…).

The Nexus 6 will be coming to the UK on November 3rd, and so far we know for sure it’ll be appearing on O2 – but we expect others to take the phone too. 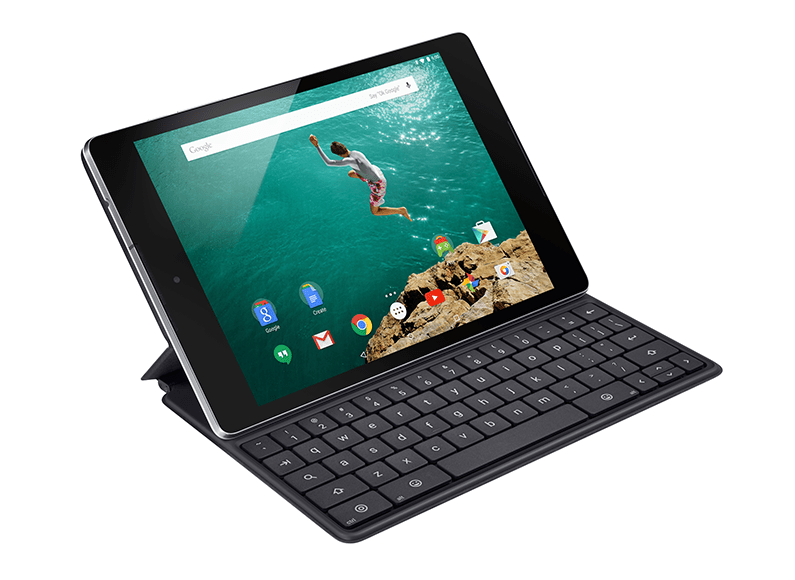 For the first time Google has come up with a tablet that can compete with the full size iPad. The Nexus 9 boasts a 8.9″ display (running in 2K – 2048×1536) and appears to take inspiration from Microsoft’s Surface tablet – as the case also works as a keyboard (like you can see above).

Whilst we don’t yet know the price we do know that it will be coming to the UK on November 3rd – and will be available on O2 (and probably others too). 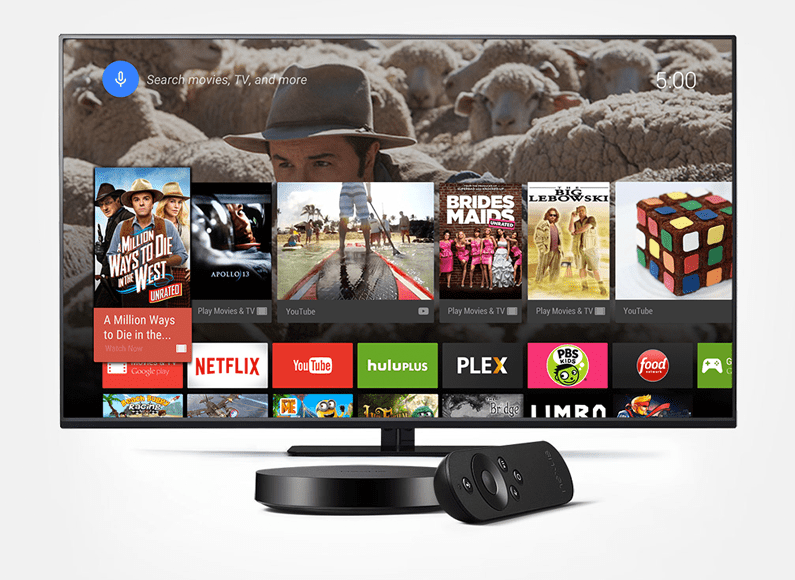 The Nexus Player is the first device to run “Android TV”, Google’s second attempt at a fully blown set-top-box experience to rival the likes of Apple TV and Amazon’s Fire TV. The Nexus Player runs Android, and will work with compatible (Android TV specific) apps, as well as run a number of games. (Like the Fire TV, you can buy an Xbox-style controller separately).

On the Android TV home screen there’s going to be automatically generated recommendations, which any installed app is allowed to hook into – and it appears that there will be unified search interface. This means if you search for a show you’ll be able to choose whether to watch on Google Play or Netflix, and so on. The Android TV will be controlled with either a TV remote (which has a mic for voice search) or an app on your phone.

Perhaps most importantly though, it will also have baked in Chromecast functionality – so you’ll also be able to cast stuff from your phone and computer and have it appear by magic on the TV.

The Nexus Player will be available for pre-order from tomorrow – hopefully this will include the UK and not just be the US. It looks set to be priced around £79 – same as a Fire TV.

So as we all expected, “Android L” has gained its official name of Lollipop and whilst under the hood it is going to be important (more on that in a moment), feature-wise there aren’t many huge upgrades for mobile, but there are some nice tweaks.

For example, phone unlocking is improving. If you’re wearing a bluetooth watch, your phone will know you’re holding it – so won’t prompt you for a keycode or pattern recognition when unlocking. There was even mention of unlocking using voice prints, but it didn’t get further explained.

The recent apps button on Android is about to become much more useful. Developers can now build apps that have multiple instances on this list: so Chrome, for example, has each individual tab accessible through this menu. And other apps will be able to do similar.

What was really clever is how Google is further integrating the web. Using the new “Polymer” SDK for the web, normal websites will be able to use the sorts of swishy graphics and features usually reserved for apps – at up to 60fps. A concession to the increasing popularity of web apps perhaps?

Good news for the paranoid (me) too – Google is introducing a battery saver mode, that like the battery savers on a number of third-party Android devices will switch off (say) bluetooth or wifi, and so on, so you can eek out that last little bit of battery.

Developers too are also getting battery help – a new battery analysis tool for them will help them optimise the power usage on their apps.

The start of the presentation made a huge show of how Google has come up with a new design language to use across all of its products: on the web, on mobile and elsewhere.

L will use what they call “material design”. What this means is that whilst Google will continue to move towards flat blocks of colour – but the company will also be adding “depth” – in that elements will slide over and resize depending on what is contextually relevant. Here’s a video showing what this actually means:

Basically, everything is going to start looking nicer. And we imagine it’ll look lovely on a new Nexus device too.
[/nextpage]