Shazam is bringing its media identification software to the desktop with an app for the Mac. 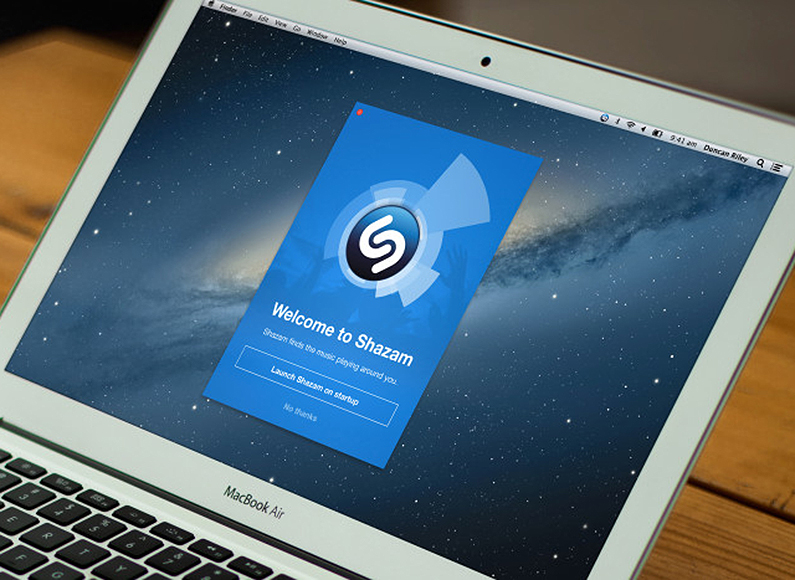 Previously only available on smartphones, Shazam is now available for free in Apple’s Mac App Store.

As with the Android or iOS version, Shazam for Mac identifies songs playing in the background of your home, office, coffee shop, or anywhere else you have your laptop with you.

The app can also recognise TV shows and advertisements.

Shazam runs as a menu bar item, and quietly monitors audio around your Mac. It can provide not only pop-up notifications of a song being played, but also access to material such as lyrics, additional tracks from the album, buying options such as the iTunes Store, music videos on YouTube, social sharing options and more.

In the case of TV shows, Shazam will offer links to IMDB profiles and Wikipedia articles.

“Shazam on mobile instantaneously answers fans’ questions about what’s playing around them, at the touch of a button. The magic of Shazam for Mac, is that it anticipates and answers these questions before they’re even asked,” said Shazam chief product officer Daniel Danker.