Samsung has announced three new models for its Galaxy line of smartphones in the UK – the Galaxy Trend 2, Galaxy Core 2 and Galaxy Young 2. 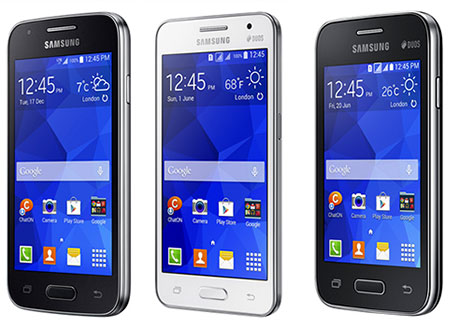 Samsung says that the Galaxy Trend 2 – called the Galaxy Ace 4 outside of Europe – is powered by a 1.0GHz dual-core processor with a 1500mAh battery, running on Android 4.4 operating system, a 4.0-inch WVGA TFT display, a 5MP camera with flash, a microSD slot, 512MB RAM and 4GB of internal memory.

Samsung sayss all three new phones will be “affordable”, but no pricing has been announced as yet.