Just as VHS beat the vastly superiror Betamax in the battle of the video recorders last century, it seems that in the flatscreen TV war, plasma is the loser. 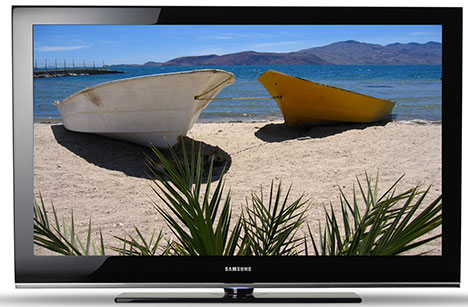 Samsung has announced that it will stop making plasma TVs by November 30 – following in the footsteps of Panasonic, which announced last year that it would quit the plasma market in March this year.

Plasma display panel TVs have been in steady decline in recent years, due to the cheap production of LED and LCD models.

In a statement to CNET, Samsung said it would focus instead on growing production of its UHD and curved television lines.

“We plan to continue our PDP TV business until the end of this year, due to changes in market demands,” the company said.

“We remain committed to providing consumers with products that meet their needs, and will increase our focus on growth opportunities in UHD TVs and curved TVs.”

Many people believe that a plasma screen gives a vastly superior picture to LCD or LED.

Plasma displays use tiny gas cells placed between two panes of glass. Each cell acts like a small fluorescent tube, emitting ultraviolet light that then strikes red, green and blue glowing spots on the screen.

LCD TVs use light from behind the screen that is shone through coloured liquid crystal cells. Signals control each cell, letting varying amounts of colour through to build up the picture.

LED screens work in a similar way to LCD, but tiny LEDs, rather than backlight lamps, illuminate the cells.

Traditionally, plasma TVs were bulky, while LCD and LED were much thinner, and the latter overtook sales of the former from 2006.

Plasma also can’t compete with the likes of OLED screens, especially those that can handle 4K, or ultra-high-definition pictures that have four times the pixels of Full HD.