Whilst top-end phones have had Android’s latest version – KitKat – for a while now, users with older and mid-range phones have been left out in the cold. Though this could be about to change, if one leaked document is anything to go by. 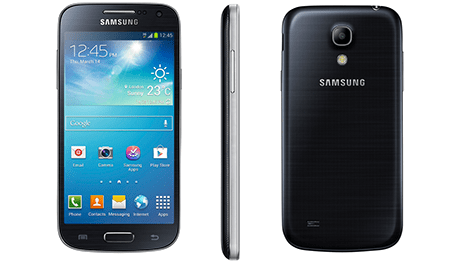 Just About Phones obtained what it claims is an update report describing the status of the KitKat update for a number of devices: 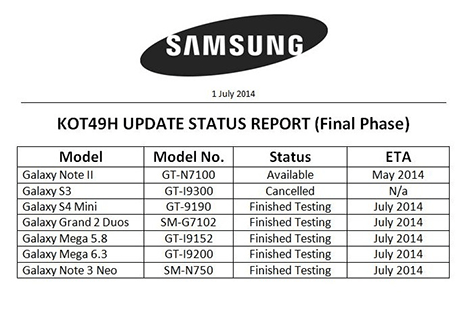 So if the above is accurate, it appears that the Galaxy S4 Mini, Galaxy Grand 2 Duos, Galaxy Mega 5.8, Galaxy Mega 6.3 and Galaxy Note 3 Neo could all be about to receive a KitKat update this month.

Poor old Galaxy S3 owners though: it appears that the KitKat update for the ageing phone has been cancelled.

Whilst we don’t know exactly when the updates will land, as Just About Phones notes, you can check for updates to the OS in the Settings -> About menu.