A new image that reportedly shows the new Windows Start menu has been doing the rounds. 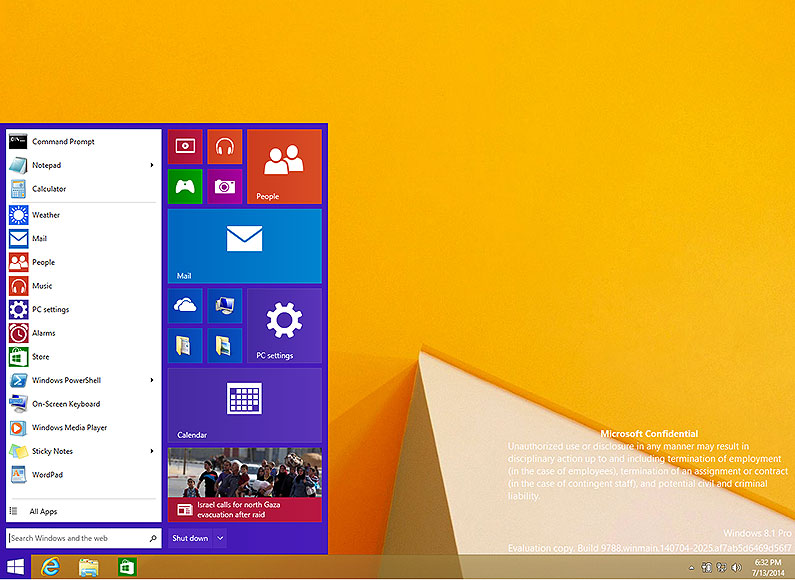 The leaked image comes from the MyDigitalLife forum, which claims the leaked screenshot is legitimate.

The revamped interface incorporates the now-familiar Windows 8 Start Screen into the right-hand side of the menu, with the more traditional list of apps shown on the left.

The tradditional user interface, which had been a fixture of the Microsoft OS since Windows 95, was ditched for Windows 8 – irritating many users of the OS.

Microsoft had promised the return of the Start Menu in Windows 8.1 at its Build developer conference back in April, thanks to a longstanding demand from users.

But we don’t know if the leaked image shows the start screen for Windows 8.1 or Windows 9 – aka Windows Threshold – which is currently in development.

Media reports have been split over the legitimacy of the image.

A source speaking to Neowin claims the image appears to be legitimate, while TheVerge’s Tom Warren says that it’s Photoshopped.

Microsoft has not commented on the authenticity of the leaked image.